More people with physical disabilities are coming forward following an April 2019 News 5 investigation into a shower and tub remodeling company.

Customers accuse Wellness Walk-In Tubs of performing sub par work and not pulling permits. The allegations resulted in Pikes Peak Regional Building’s licensing board issuing a warning in the form of a two-year incident file report.

Last month, we spoke with two people in Colorado Springs who say Wellness Walk-In Tubs didn’t deliver on its promises to make their bathrooms ADA-accessible. Now we’re hearing from people in Pueblo and as far south as Trinidad. None of these customers know each other, but all tell similar stories.

“I’m really aggravated because I trusted them (Wellness Walk-In Tubs) and they were very nice,” Galene Connell said. “I have worked and put all my money aside to get what I needed for my future and it’s not working.” 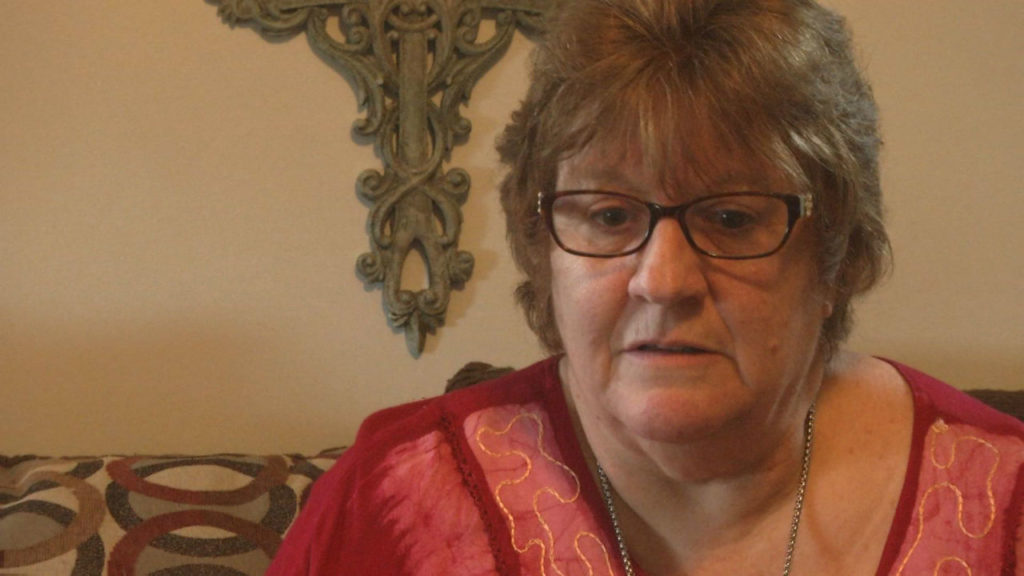 Connell gets emotional after she says she spent a good chunk of her savings to make her bathroom accessible.

Connell showed News 5 Investigates an unstable floorboard and gaps in the baseboard/siding in her bathroom. 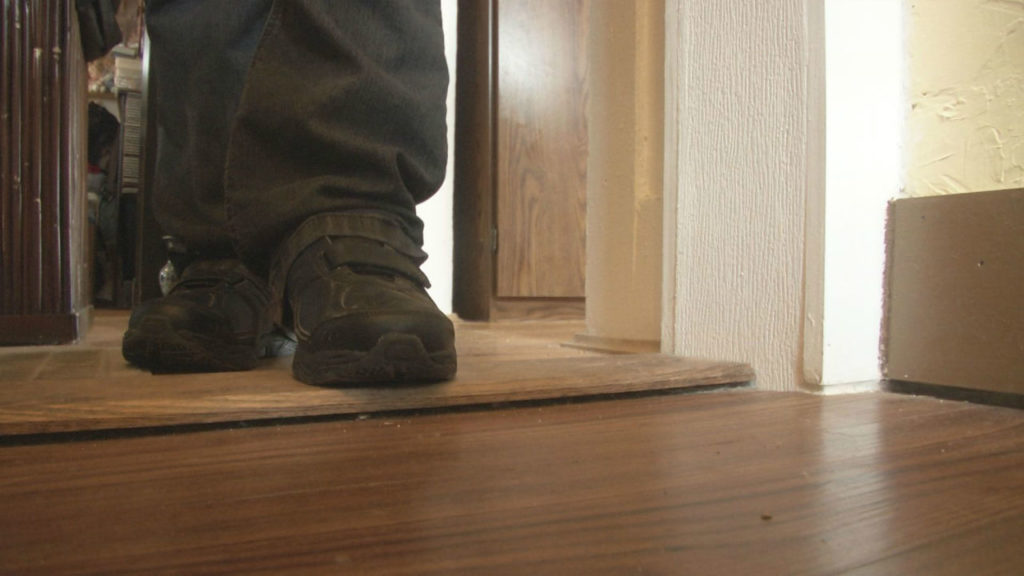 “It wobbles so I don’t know what’s going to happen with the wheelchair,” Connell said when pointing to a floorboard at the bathroom entrance.

Connell provided News 5 Investigates with copies of checks showing she paid nearly $15,000 for the project.

She also provided us with an invoice from Wellness Walk-In Tubs showing the company charged for electrical and plumbing “permits and fees”. 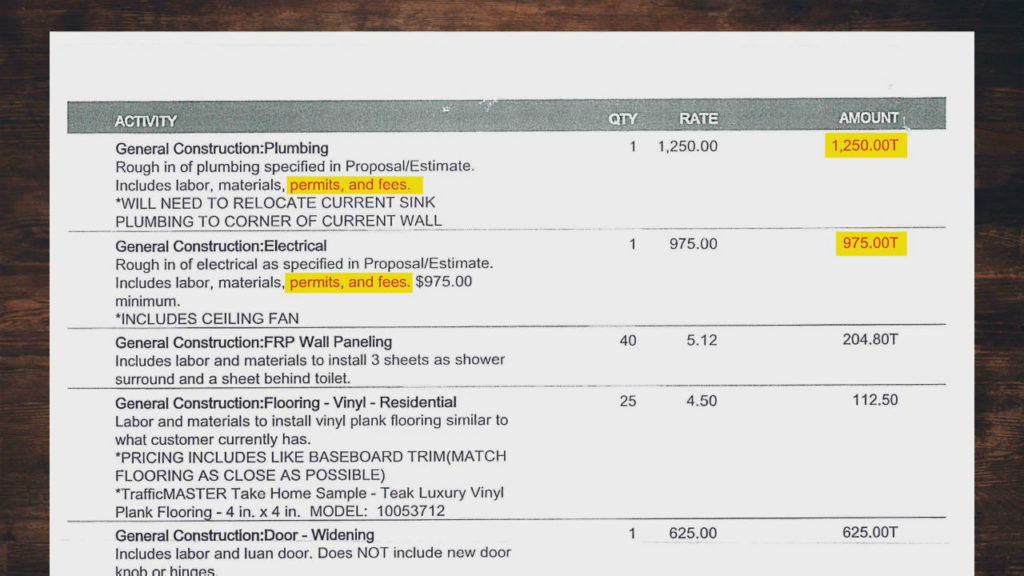 News 5 Investigates later learned no permits were pulled by the company or its subcontractor hired to perform the plumbing labor.

Connell also said her floor was sagging and had to pay another contractor $1,200 to reinforce the floor so it wouldn’t collapse. 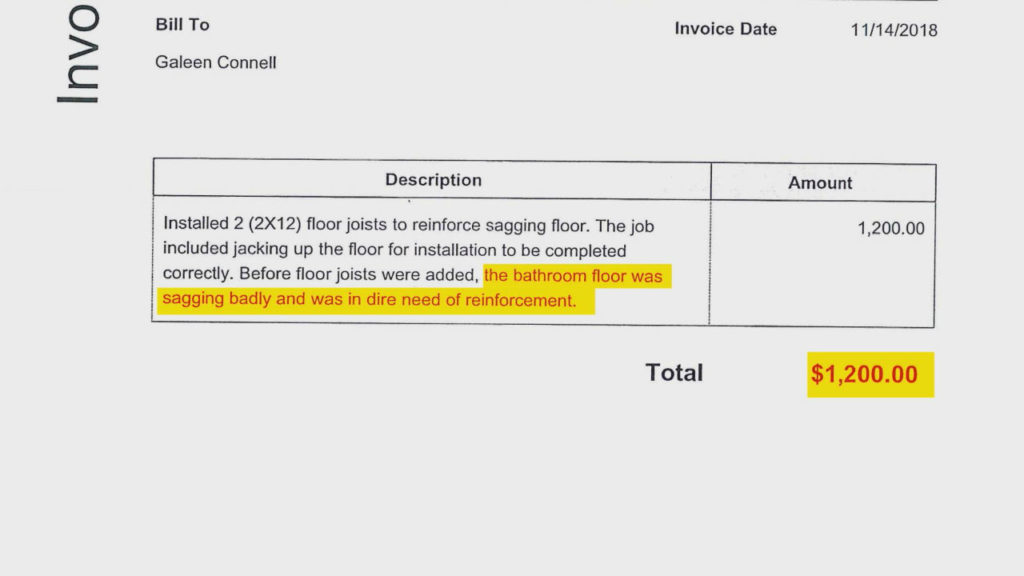 “They (Wellness Tubs) wanted to put a lien on me and then I had to go get a lawyer and that was an additional cost as well,” Connell said.

Connell’s attorney issued a letter to Wellness Walk-In Tubs. Her attorney argues the bathroom is torn apartment and is almost completely unusable.

According to the letter, Connell’s attorney told Wellness Walk-In Tubs that any attempt to lien Ms. Connell’s property from this point forward will be met with legal action.

After that letter was sent, Connell says the company didn’t pursue the lien further.

John Nesbitt, a Pueblo resident is another unhappy customer. 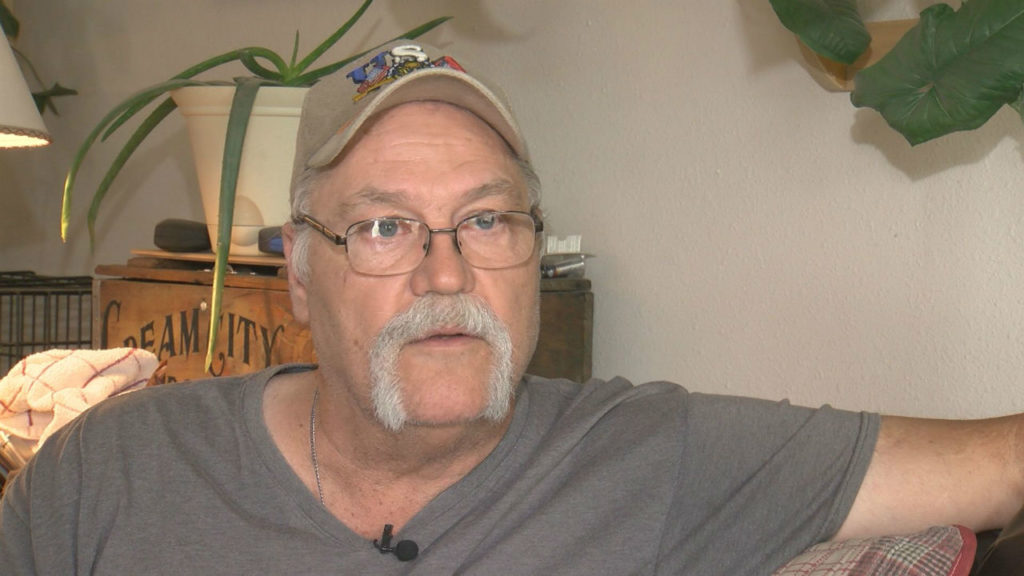 “He just never did what he said he would do,” Nesbitt said.

“The shower pan is six inches too short.” 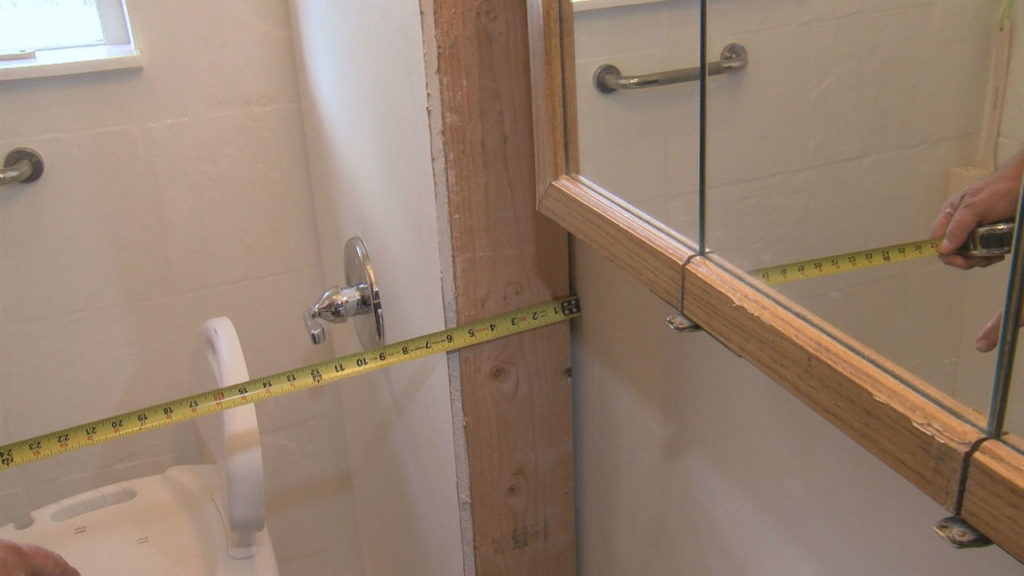 Nesbitt pulled out a tape measure and shows us the wood plank Wellness Walk-In Tubs installed to close the gap between the shower and wall.

“Nobody seems like they want to put a timeline and say you got to have this fixed with a certain amount of time,” Nesbitt said. 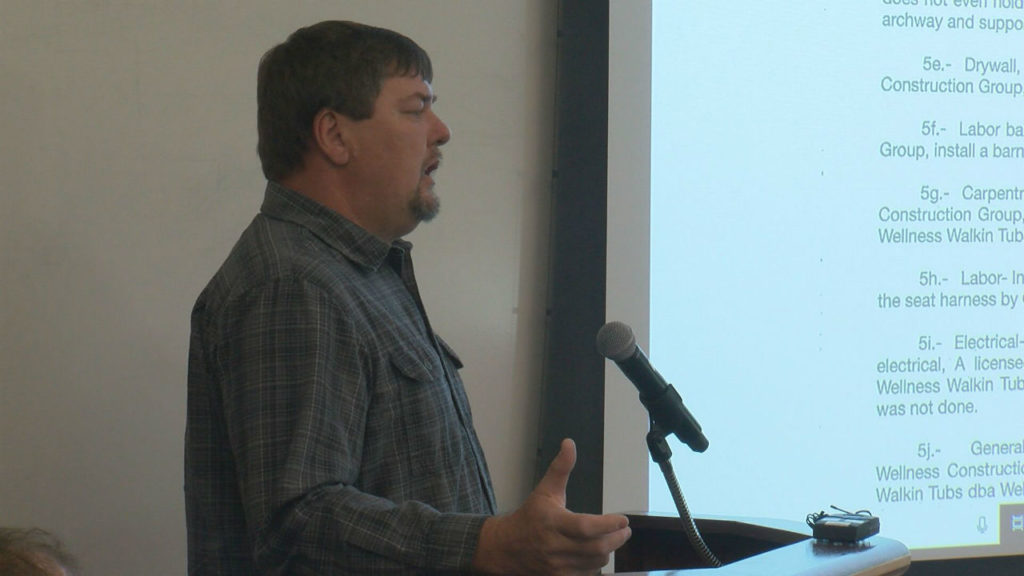 The licensing board recently heard a complaint filed by Richard Muszynksi. The father of a terminally ill 7-year-old spoke with News 5 after he says Wellness Walk-In Tubs left his daughter with an unusable tub and fraudulently billed for services that weren’t done.

“Wellness Walk in Tubs charged for permits being pulled, electrical, plumbing—numerous other items,” he told the licensing board during a recent hearing at the Pikes Peak Regional Building Department. “When I contacted Regional Building, no permits were pulled. We ended up contacting another separate electric and plumbing company and when they came out to do the inspection, come to find out that the plumbing was sub par which could have caused electrocution of my daughter.”

An invoice from a licensed plumbing company said the bath tub was installed using parts not approved for above ground plumbing. The technician also said that the water lines and supplies for the tub were not installed per code and put the tub at risk for future leaks. 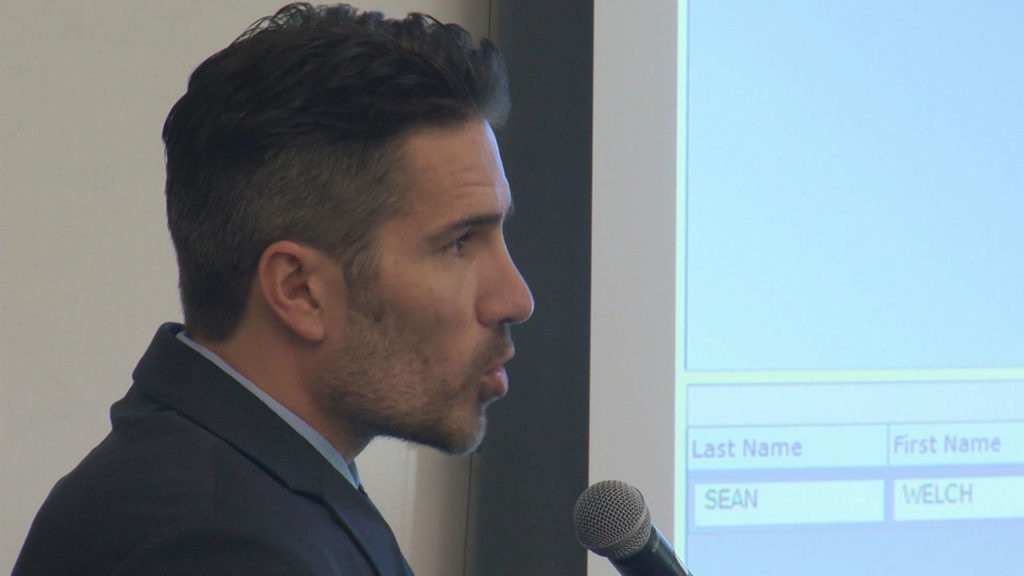 “I don’t want to be presented as a fly by day contractor—a guy with taillight warranties,” Sean Welch, the owner of Wellness Walk-In Tubs told the licensing board. “I would have made the permitting stuff right had we been given the opportunity.”

The entire hearing related to this case can be found here.

“I don’t think you did a good job managing the plumber and I don’t think you handled the electrical portion right,” one board member said. “I make a motion to place a 2-year incident report into Sean Welch’s file for failure to pull proper permits and supervise his sub contractors.”

Tougher penalties could follow if new violations are found and reported.

The electrical and plumbing board have dismissed Welch and his company from that complaint, but confirmed an investigation into the subcontracting company, Jolly Plumbing, which was initially hired by Wellness Walk-In Tubs to work on the project.

Colorado Springs police also opened a criminal case against Welch following Muszynski’s complaint. The investigation was presented to the 4th Judicial District Attorney’s Office for review. The DA’s Office rejected the case, and police told Muszynksi to pursue the matter in civil court.

As far as the 2-year incident report for Wellness Walk-In Tubs, Welch tells News 5 he does not plan to appeal the ruling.

Welch has also promised to sit down and talk with us about these cases and as soon as we have that interview, we’ll be sure to bring it to you.

Q: How did this story come about?

A: News 5 Investigates began looking into Wellness Walk-In Tubs after a customer contacted our unit.

Q: If I’m unhappy with a business and believe I was ripped off, will you do a story?

A: Each complaint we receive is reviewed on a case-by-case basis. Before we go to air with a story, we require documentation and evidence surrounding the case. Typically we look for a pattern of complaints and ask for formal police reports or copies of any civil litigation, if applicable. If we are talking about a construction or renovation project, we check to see whether proper permits are pulled.

Q:How do you verify whether a contractor is licensed or pulled proper permits?

A: Check with your Regional Building Office. If you live in Colorado Springs, click here.