El Paso County– 4th Judicial District Attorney Dan May says he stands by his decision not to file charges against squatters who took over a dead woman’s house, used her car and stole her belongings.

News 5 Investigates has tried for months to get anyone to explain why no one would arrest or prosecute squatters who reportedly destroyed a home the courts ruled didn’t belong to them.

The District Attorney’s Office told us to talk with Colorado Springs police.

Police told us to talk with the District Attorney’s Office.

After our repeated questions went unanswered, we caught up with May outside of a recent court hearing to ask questions a grieving mother has wanted answers to for more than a year. 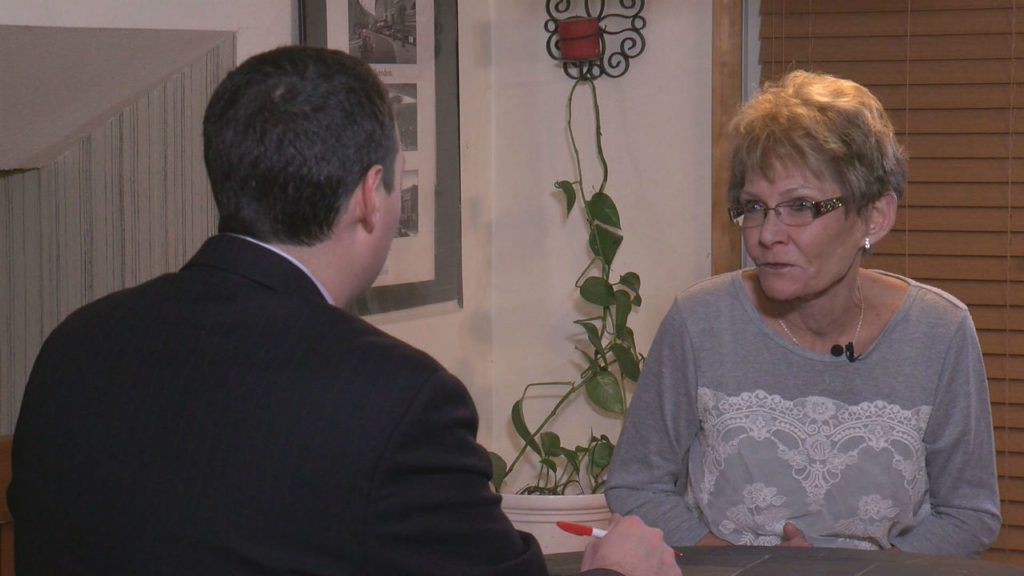 ” It is a shame,” Gerry Clark said. I wouldn’t want any family to have to go through something like this.”

Gerry Clark spoke with News 5 Investigates after she says a man named Jack Cole and a couple of his friends moved into her daughter’s house after she unexpectedly passed away in October 2017.

Wendy Clark’s death and the events that followed happened prior to News 5 Investigates working with lawmakers to change squatting laws in Colorado.

However, we never could get a clear answer as to why no one faced any charges for allegedly taking the deceased woman’s property and reportedly causing tens of thousands of dollars in damages. 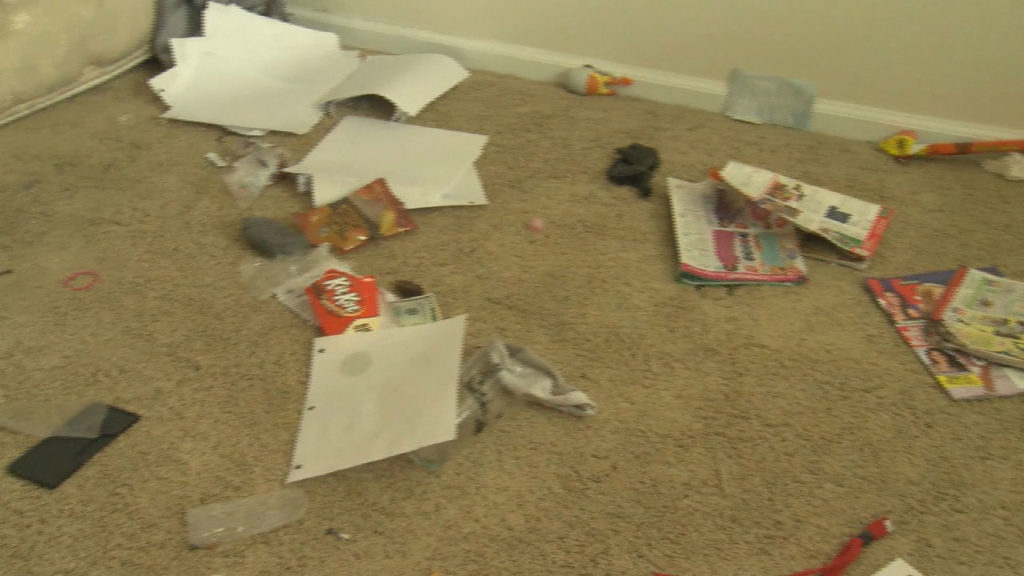 “The police knew what was going on here and nothing was done,” Clark explained. “If they would have done something, we could have prevented this damage.”

Colorado Springs police said they conducted an investigation and turned the case over to the DA’s Office for review. 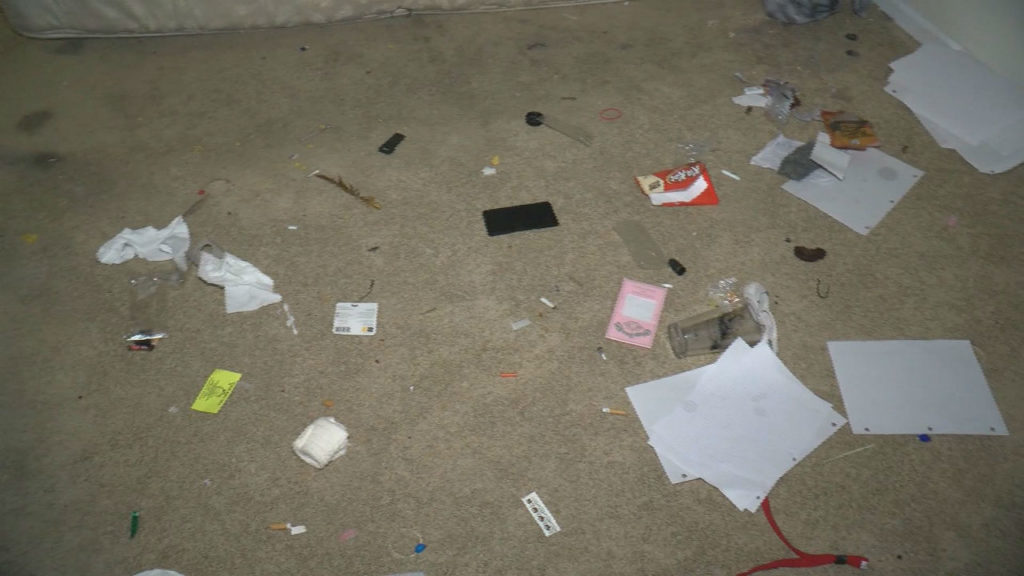 The Clark family wanted to know why, but our repeated requests to talk about this case went unanswered. Chief Investigative Reporter Eric Ross eventually caught up May outside the courthouse.

Ross asked, “Can you explain why your office declined to prosecute the squatting case? As you know we’ve been trying to talk with you for months about this.”

“Eric, I think we’ve responded a few times,” May said.

In fact, May nor his spokesperson, Lee Richards responded to 6 written emails seeking comment and clarification on the case. Text messages and phone calls to Richards also went unanswered.

The only response we have on file from the District Attorney’s Office was sent to us in September 2018:

The Clark family did exactly what the District Attorney’s Office advised them to do.

Using open records laws, we obtained calls made to police from the family, a friend and even neighbors. Those calls paint a much different picture than what police and the DA’s Office told News 5.

Court records we obtained show a judge gave the Clark family possession of their home back on January 8, 2018. 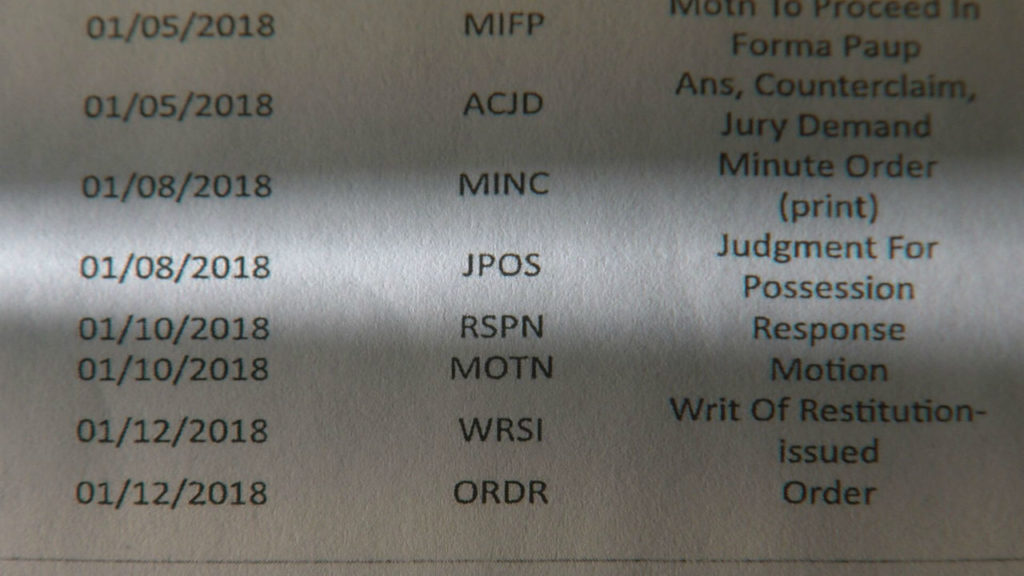 A couple of days later, the squatters were still inside, reportedly packing up the dead woman’s belongings.

Here is the call Gerry Clark placed to Colorado Springs police on January 10:

“Everything is being stolen out of the house as we speak,” Clark told the dispatcher.

The dispatcher asks, “Who is this man?”

“Jack Cole,” Clark said. “He has been squatting in that house and the court took possession of the house away from him Monday.”

“He’s stealing everything out of the house,” Clark stated again. 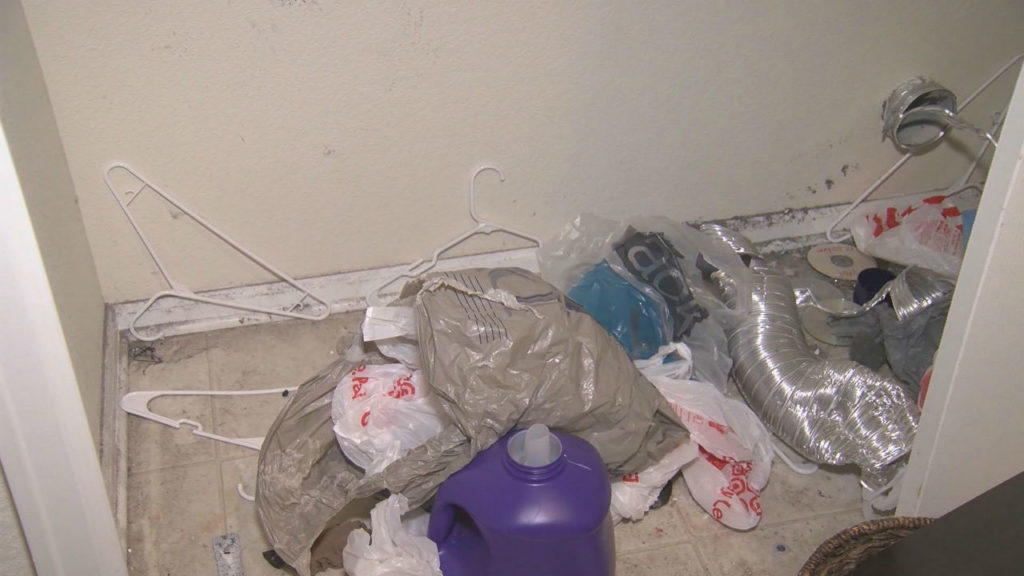 The dispatcher asks, “And he has been evicted you said?” 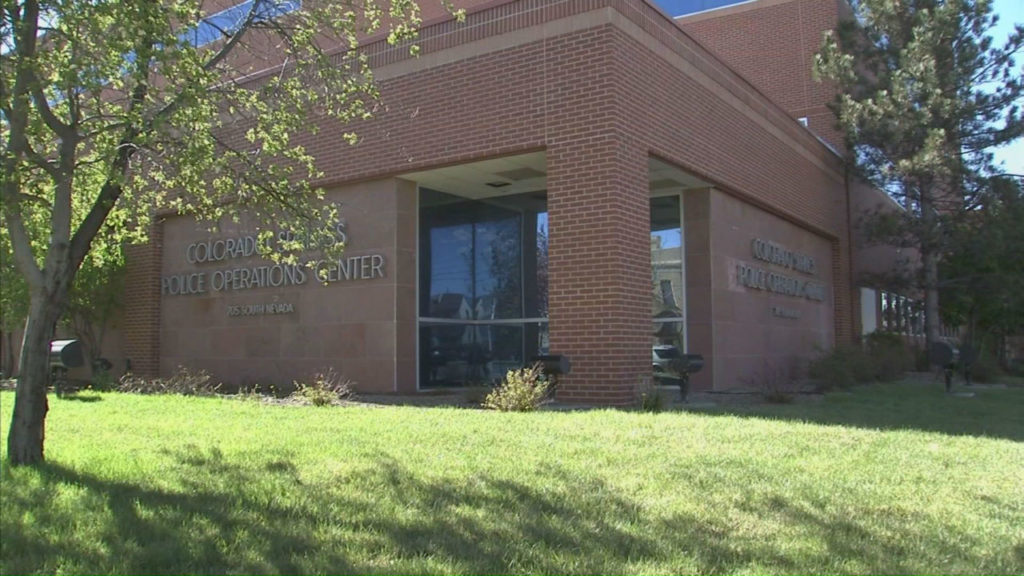 CSPD said they turned over all evidence surrounding this case to the DA’s Office, but it’s not clear if May actually listened to the calls made to police.

Remember, the squatters were ordered to leave on January 8, 2018.

A week later on the 16th of January, a neighborhood friend calls police to report squatters inside the dead woman’s house.

“Hi, I’m just calling to report that there’s somebody in my friend’s house that passed away and nobody is supposed to be in there,” the caller told police. “They had squatters in there. Now there is somebody else in the house now.”

“They are taking out her appliances,” the caller said.

“There’s a squatter staying in the house by the name of Jack Cole,” Clark told the dispatcher. “He’s stealing everything out of the house. He’s stealing the washer and dryer now.”

“Right now the neighbor across the street said he is loading up the washer and dryer into a truck or pickup or something,” Clark said. “Everything else I guess is gone. He’s stealing everything, clothes and everything of my daughter that died.”

“Based on the evidence that we’ve been given on this case, there’s insufficient evidence for charges,” May repeatedly said.

The District Attorney’s Office stands by its statement that Cole was not in the home after the eviction, but News 5 Investigates found evidence that contradicts that information.

In the conversation with a dispatcher, Cole claims some random “guy” came into “his” house and robbed him.

You can hear the bizarre call here.

“Colorado Springs 9-1-1. What is the exact location of the emergency?”

That’s the house a judge ordered Cole to move out of back on January 8.

Police responded but instead of arresting Cole, they took a report from him and left.

Two weeks after Cole was supposed to get out of the house, Gerry Clark calls police again.

“Okay, can you explain what the situation is?”

“The toothbrush is even gone,” Clark said. “Everything is gone.”

“Everything is gone,” Clark responded.

The dispatcher then asks whether the person lived there.

“No, he (Jack Cole) didn’t live there,” Clark said. “He was squatting there. It’s not his home. He has been squatting there for three months. I called three times yesterday to get the police to come over so they could check the situation out because everything is gone and nobody came.”

Police have declined all interviews with News 5 about this subject matter and said the case is a civil matter. They reiterated the DA reviewed the case and found no probable cause that a crime was committed.

Ross asked Mr. May to go over the calls for service and eviction dates.

Ross followed up with another question.

May didn’t answer the question.

“We just follow the law and the law is what the law is,” May said. “The facts are what the facts are. If there are new facts then that’s something you need to ask the police department.”

May proceeds to walk away.

“With all due respect sir, you’ve never answered our questions,” Ross told May as he started walking toward his car. “In fact our news director has called multiple times and Lee Richards (May’s spokesperson) has failed to respond.”

“You just don’t like the answer that you got,” Richards said.

“We haven’t been getting any answers from you,” Ross said. 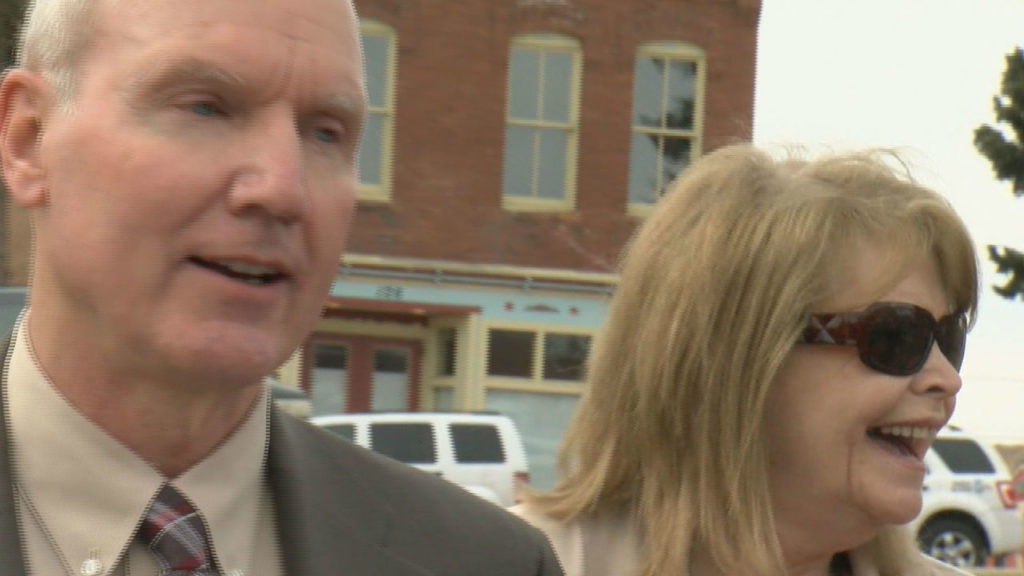 Richards is right—we did ask more questions. It’s our job as journalists to seek truth and hold public officials accountable.

To-date, we still can’t get a clear answer on-the-record from police or the DA beyond being advised the case was reviewed and there’s insufficient evidence to show that property damage was done to the house.

Since 2018, News 5 Investigates has made multiple attempts to talk with District Attorney Dan May about this case. We’ve sent emails, placed phone calls, sent text messages and left phone messages. News 5 Management also reached out to May’s office. After receiving no further correspondence following the September 2018 statement, we informed the District Attorney’s Office that we would be approaching Mr. May outside of the courthouse to ask questions following a pre-planned news conference. News 5 Investigates went against its own policy to send questions in advance so that the District Attorney knew the questions we wanted answered. We’re committed to fair, accurate and balanced journalism and only conduct unscheduled accountability interviews as a last resort. If you have a story idea, comment or feedback you’d like to provide, we’re always here to listen. You can reach us anytime by sending an email to News 5 Investigates@KOAA.com.