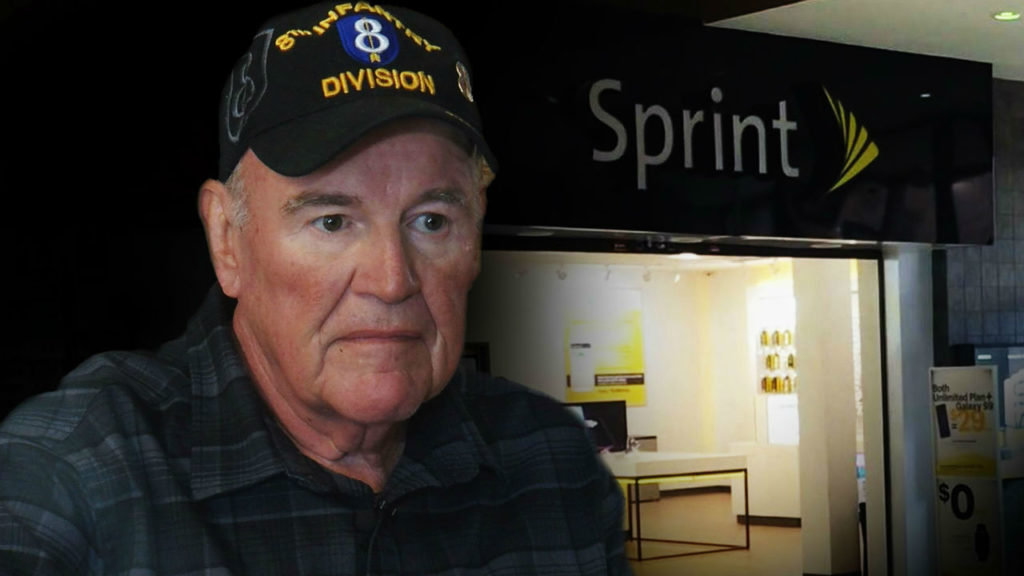 PUEBLO–A customer who received two incorrect bills from Sprint and then reportedly had his credit damaged is now being mocked on Facebook by a Sprint employee involved in the case. 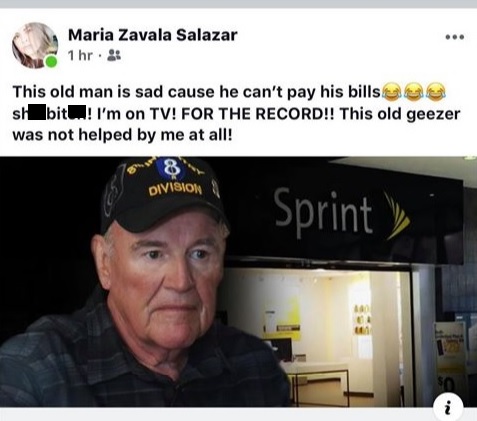 Salazar further mocks the customer by adding three “laughing” emojis after saying “the old man is sad cause he can’t pay his bills”.

You can watch our original story here.

In December 2018, Briggs signed up for 2-lines at the Pueblo Mall Sprint Store, a third-party authorized retailer managed by CCT Wireless.

At the time of the sale, the cell phones weren’t in stock. 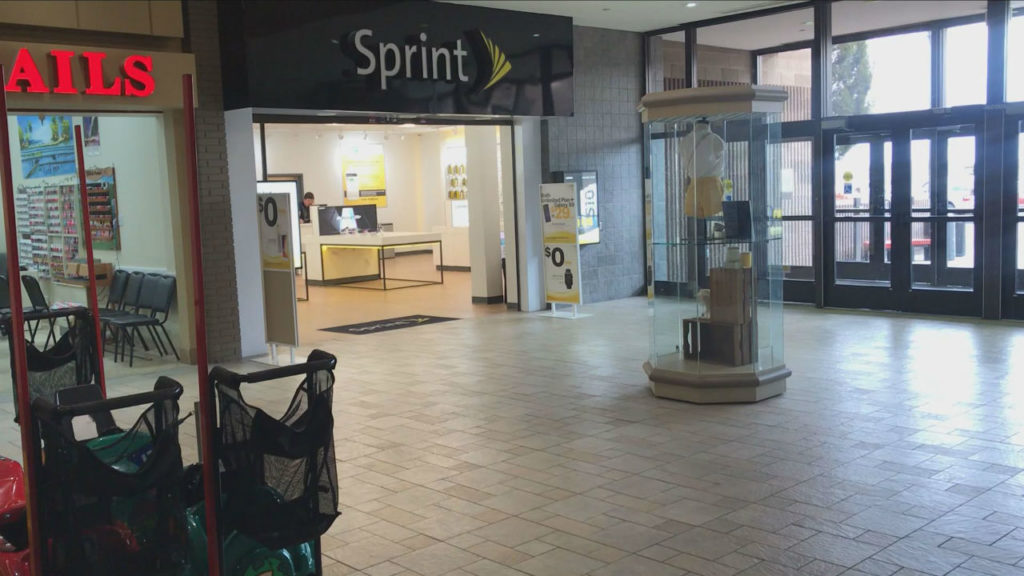 When Briggs returned to the store a week later, a customer care representative reportedly told Briggs they were changing ownership and couldn’t complete the sale.

Briggs thought the transaction was cancelled, but later received a bill in January for $137 and again in February for $210 for services.

News 5 reached out to Sprint’s corporate office and the company immediately agreed to cancel the outstanding account balance and contact the major credit bureaus to remove the negative mark on his credit report.

Here is the official statement we received from Sprint:

Thanks again for bringing this to our attention,” a Sprint spokesperson said. “The negative mark will be removed from all credit bureaus since it was generated in error. We assured Mr. Briggs that we have partnered with our own credit bureau to confirm the removal, and that his account will reflect a zero balance. Our Care rep also shared his direct contact information so that Mr. Briggs can reach out asap in the future, if needed.

She apologized for the post and admitted she was “upset”.

Salazar is one of two employees at the Pueblo Mall who Briggs alleges assisted him with the phone sale back in December. However, Salazar claims this isn’t true.

“I did not help him whatsoever,” Salazar said via email. “That was the other representatives.”

News 5 Investigates provided Miss Salazar with a deposition Mr. Briggs typed up where he is adamant Salazar was indeed an employee who initially helped him.

“I didn’t help him what so ever,” Salazar restated in her email correspondence with News 5.

However, another sales associate News 5 Investigates spoke with contradicts Salazar’s statement and confirmed she did assist Briggs during his initial visit.

News 5 Investigates asked Salazar to call us for further comment. Instead, one of her friends who also works at the Sprint store in the Pueblo Mall called us.

The store manager, Thomas Floyd, was not at work Wednesday morning when News 5 called seeking comment.

An email to Floyd was not answered.