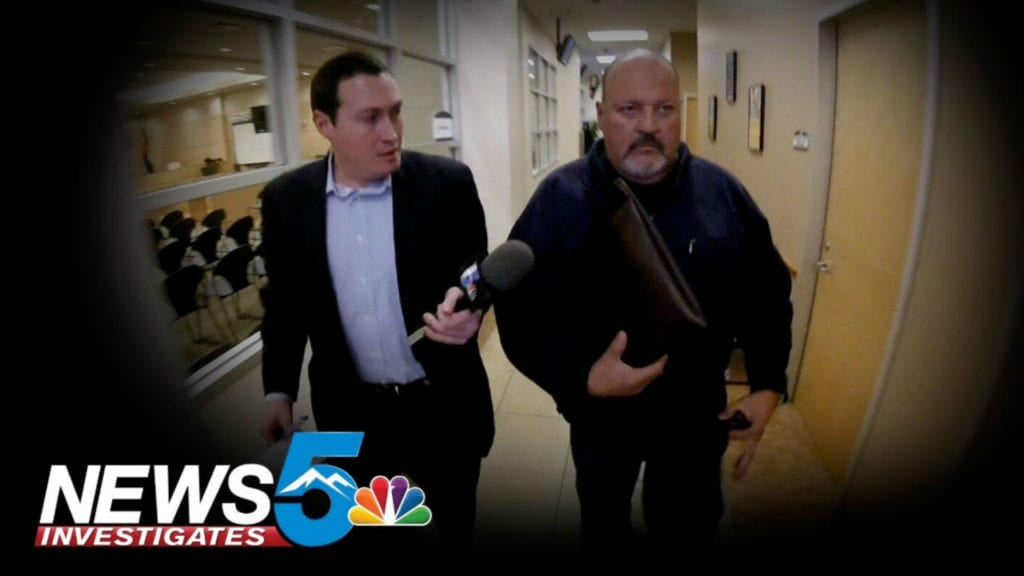 Joe Pacheco, the owner of JP Home Improvement is scheduled to enter a plea in court March 7.

Our News 5 Investigation into Pacheco’s business practices began more than a year ago.

Chief Investigative Reporter Eric Ross uncovered Pacheco was also a dive team member at the Pueblo County Sheriff’s Office at the same time he is accused of ripping off more than a dozen homeowners.

After we started asking the sheriff’s office questions about Pacheco’s ties to law enforcement, he was immediately terminated and a criminal case was launched.

All of the victims we talked with say Pacheco came highly recommended through the web site “HomeAdvisor”.

The company, which claims to recommend contractors who are pre-screened, removed Pacheco from their network following a series of customer complaints and inquiries from News 5.

News 5 Investigates also checked with Pueblo Regional Building and found Pacheco does not possess a valid contractor’s license. He was cited for operating without a license and failing to pull proper permits.

A municipal court judge ordered Pacheco pay a fine in that case.

Additional victims who paid Pacheco money for contracting work he did not do should immediately contact the District Attorney’s Office and Pueblo County Sheriff’s Office.

This is a developing story and new updates will be posted as they become available.