Update: $150,000 awarded to make medical clinics and centers accessible for people with disabilities

Unless you’re in a wheelchair or walk with a cane, you probably never think about whether exam room tables inside a doctors office are accessible for people with disabilities.

It’s a problem we first reported on in February 2018.

Earlier this month, we learned a local non-profit has agreed to invest $150,000 to fix some of the underlying issues.

Thanks to The Independence Center board, 9 additional medical clinics throughout our region are now equipped with a special exam room table and lift. Two centers were given special audio assistive technology for the hearing impaired.

Accessible medical equipment purchased through The IC Fund for centers outside Colorado Springs: 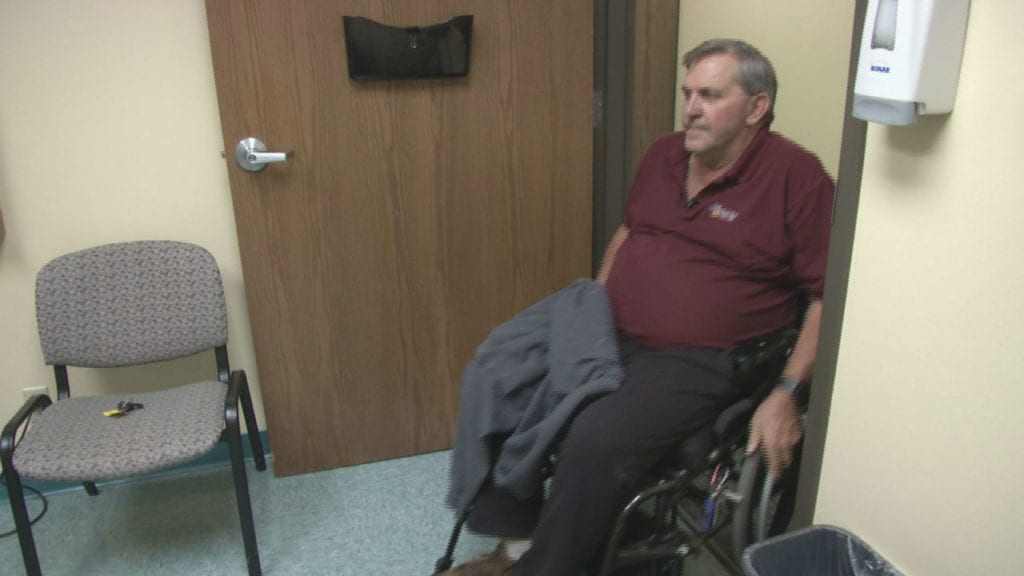 Getting a routine exam at the doctor just got easier for people like Tim Ashley.

“Everyone is going to reach a point where an exam table like this which raises up and down will be beneficial,” Ashley said.

It’s a relatively simply idea, but we’re told many smaller medical centers and clinics simply haven’t invested in the technology. 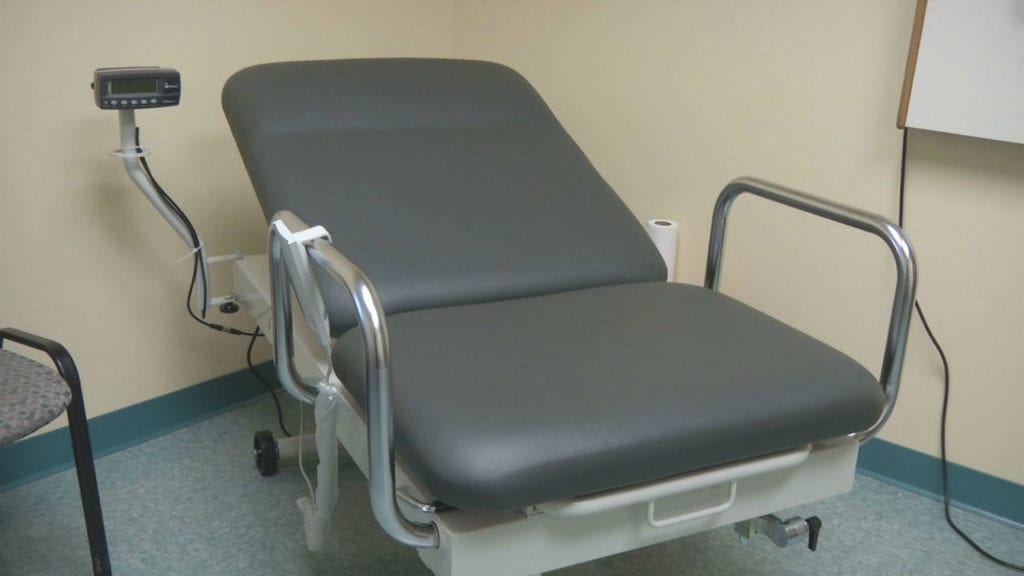 Cost may be partially to blame. The ADA-accessible exam table which measures a person’s weight and automatically raises and lowers with the push of a button costs around $5,000. 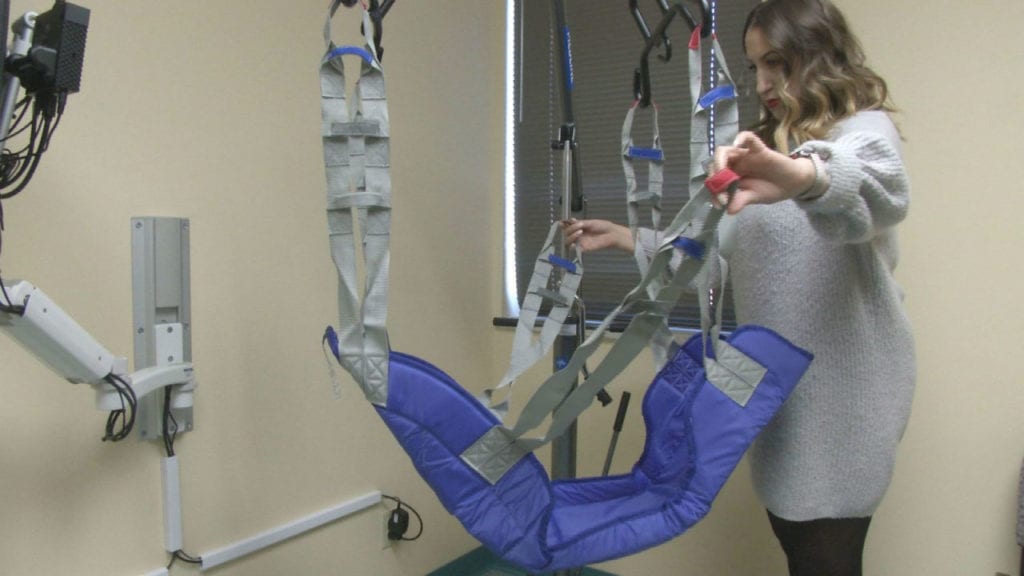 A special hoyer-type lift to help those in wheelchairs easily move from the chair to the table cost around $1,000.

However, if you ask people with any physical challenge, they’ll probably tell you it’s well worth the investment.

“My hope and vision would be to help promote this to every clinic in the United States,” Ashley said. “I believe everyone deserves equal access to medical treatment.”

Thanks to a special grant, The Independence Center board voted to donate $75,000 in accessible equipment this year, along with another $75,000 in 2019. 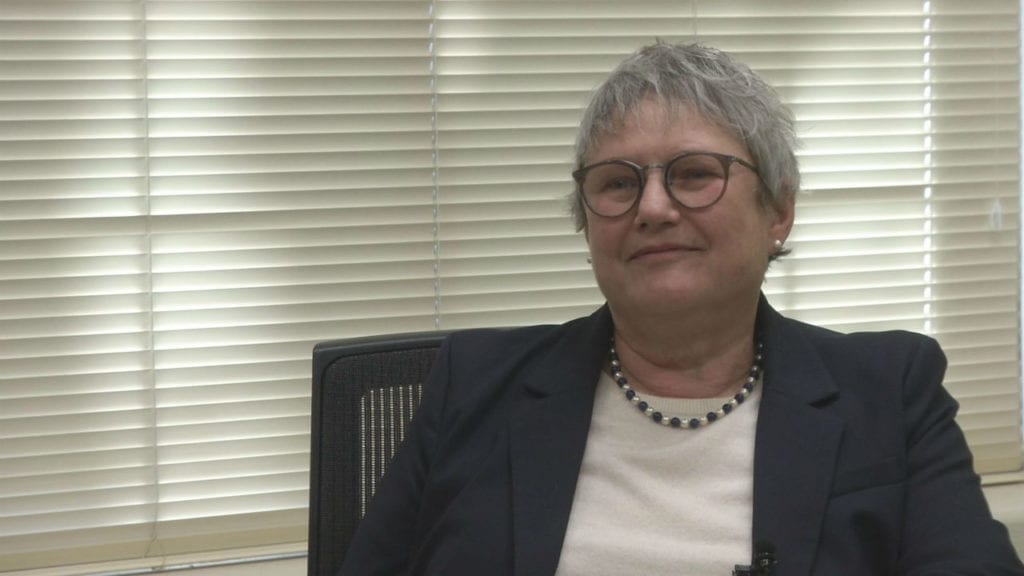 “You would think in the healthcare field that doctors would be accessible, but medical clinics are not accessible,” Patricia Yeager, CEO of The Independence Center said. “These days you can usually get in and you can go to the bathroom but if you can’t get on the table, you’re not getting a regular exam and that’s where the rubber meets the road in healthcare.”

News 5 met with staff at the SET Clinic in Colorado Springs to talk about the new accessible exam table and lift they just received. 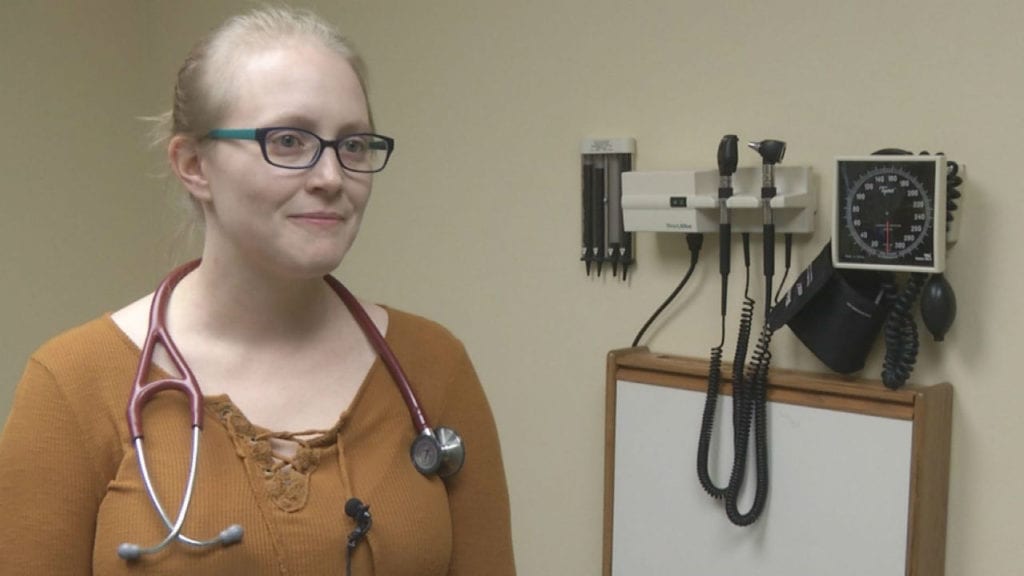 “Sometimes if people were not able to get up on the exam table or get out of a wheelchair, then we end up having to limit the exam we do,” Jacqui Jordan, a nurse practitioner said. “We’re completely grant funded and based off donations so things like this are amazing for us.”

One of the biggest challenges for doctors and nurses is trying to accurately assess a person’s weight when they are in a wheelchair.

“I’ve heard of people who haven’t been weighed in 5 years,” Yeager said. “How can you prescribe medication dosages if you don’t know their weight? It’s not fair and it’s not a good exam and it can lead to pre-mature deaths.”

Unfortunately, The Independence Center says people with disabilities avoid doctors until they have to go to the emergency room with a serious illness. The SET Family Clinic says they hope this equipment will encourage them to be more proactive with their healthcare.

As of December 2018, The Independence Center says there are about 40 clinics and medical facilities in the Pikes Peak Region with accessible exam room tables.

The equipment given to medical centers by The Independence Center did not cost the provider a penny.

“For a one month period between June and July, The Independence Center collected nominations for primary care providers who accept Medicaid or Medicare,” The IC said in a press release.

The IC then chose facilities which catered to a larger population of people with special needs and disabilities.

To learn more about the accessible medical exam equipment gifting program for 2019, contact Gabe Taylor at 719-476-3160 or send an email to GTaylor@the-ic.org.