Case closed: District Attorney’s Office says no charges will be filed against people who took over dead woman’s home

COLORADO SPRINGS – News 5 Investigates has learned no criminal charges will be filed against alleged squatters who took over a woman’s house after she died in 2017. 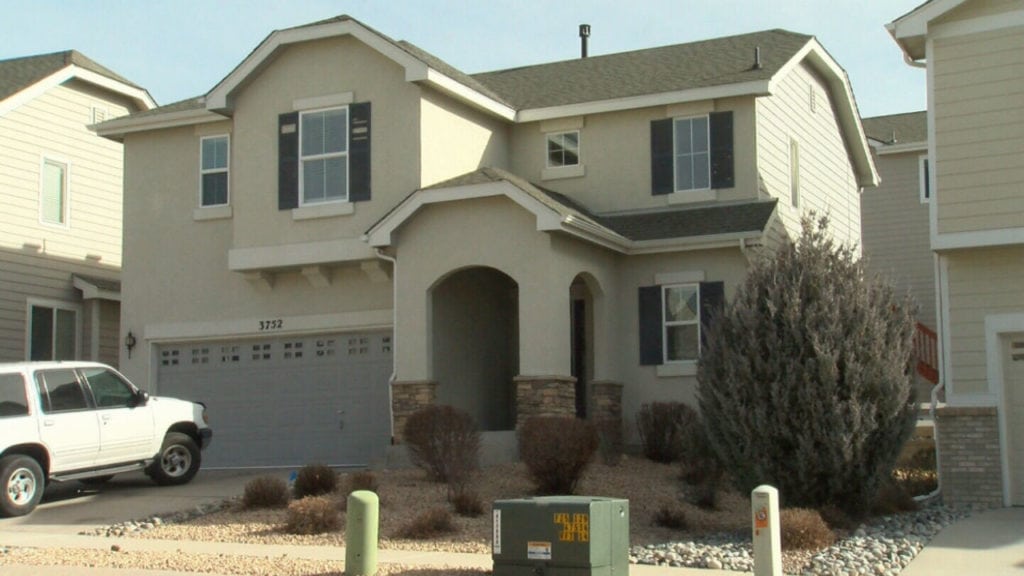 They reportedly destroyed her home and News 5 Investigates even confirmed they used her car. Neighbors and the victim’s family say they called police to report people taking the woman’s furniture and appliances, but nothing was done to stop it from happening. 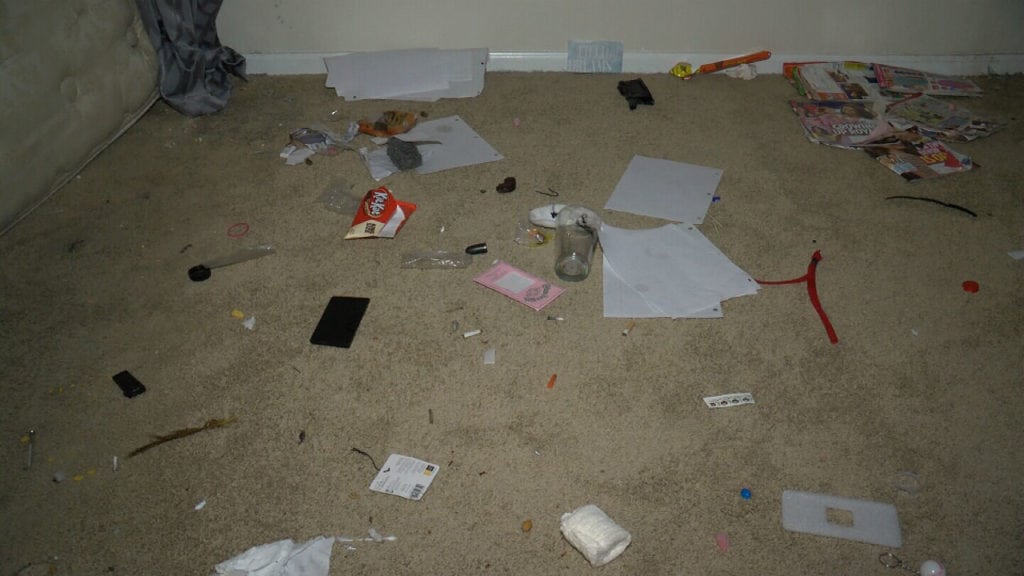 Gerry Clark and her family believes the case was mishandled from beginning, but police say the entire matter was “civil” and no crimes were committed. They say they found no probable cause for an arrest, and neither did the DA’s Office.

“CSPD submitted the investigation to the Fourth Judicial District Attorney’s Office,” the police department stated. “After their extensive review, CSPD was just informed no criminal charges will be filed.”

January 8, 2018: Judge issues “judgement for possession” order in favor of the Clark family

January 17, 2018: At least one squatter is still in the house; Squatter calls police to report a “burglary”. Police respond and take a report, even labeling the squatter as a “victim”.

January 20, 2018: The Clark family gains access to the property, but all of the furniture and most of Wendy’s belongings are gone. Wendy’s white Pontiac is missing.

February 5, 2018: News 5 Investigates airs its first report on this case.

February 23, 2018: News 5 Investigates followed up on this case. After our first story aired, we received a news tip that Wendy’s Pontiac was stashed in an apartment complex parking lot. Chief Investigative Reporter Eric Ross checked out the tip and located the vehicle. Ross reported it to Lt. Howard Black with the Colorado Springs Police Department. As previously reported, two emails and a phone call were not returned. 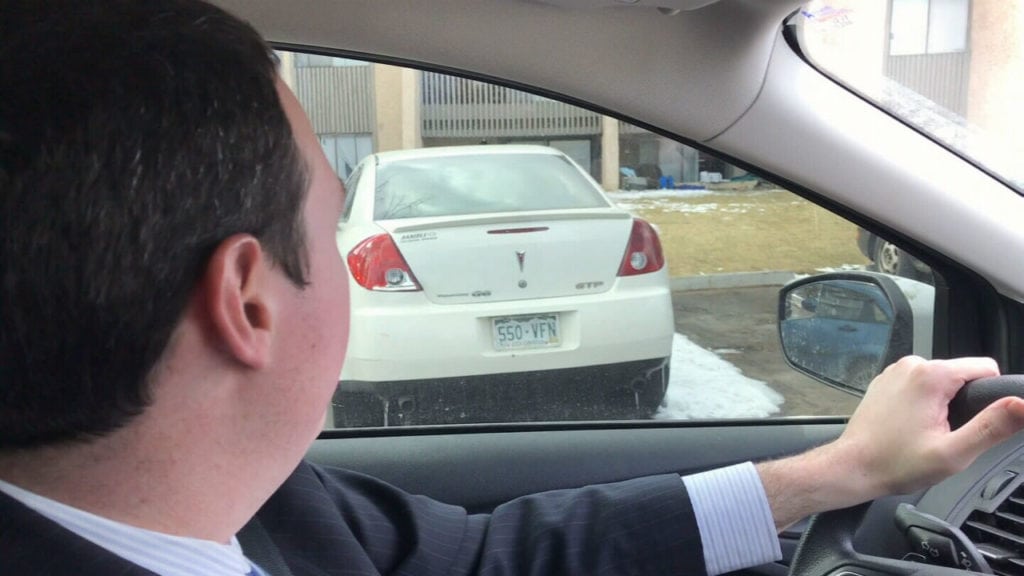 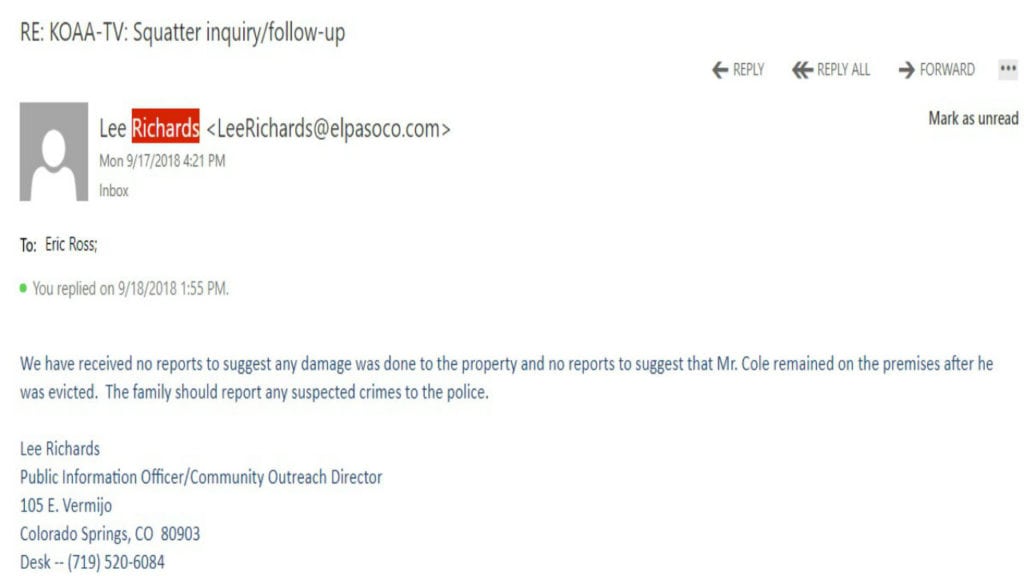 The Clark family says police refused take a stolen vehicle and property theft case report or make any arrests for property damage the home sustained. The family says police kept informing them the entire matter was a civil problem, not criminal. Two neighbors confirm they were told the same information from police.

“After reviewing the information from multiple call screens and interviewing both the Officer and the Detective involved in this case, I am confident that all involved have gone above and beyond to provide Ms. Clark the information she needs to proceed. Both the residency and property issues in this case are not criminal in nature but civil. Ms. Clark has already sought out the first remedy as provided by the Detective and obtained a civil eviction notice to the occupant. She will need to seek out a civil restitution for any property damages, that advice was provided by the Officer in the presence of her daughter, Michelle Clark, who acknowledged the process. The case in its entirety, based on all the presented information is civil in nature.”

However, after News 5 Investigates uncovered at least one individual remained in Wendy’s home days after a judge ordered them to leave, we had questions for Commander Edmondson about why they didn’t make any arrests, especially when the alleged squatter and convicted felon by the name of Jack Cole called police on Jan. 17. This call was placed several days after the “judgement for possession” and “Writ of Restitution” eviction orders were issued by an El Paso County judge.

In fact, after the Jan. 8 “judgement for possession” ruling in favor of the Clark family, News 5 learned police were called to Wendy’s house 8 times.

Based on this information, Chief Investigative Reporter Eric Ross asked Lt. Black if Commander Edmondson would clarify the information he allegedly sent back in February. News 5 Investigates is unable to verify whether the statement came from the Commander because the statement police forwarded to us did not include the original sender’s information. 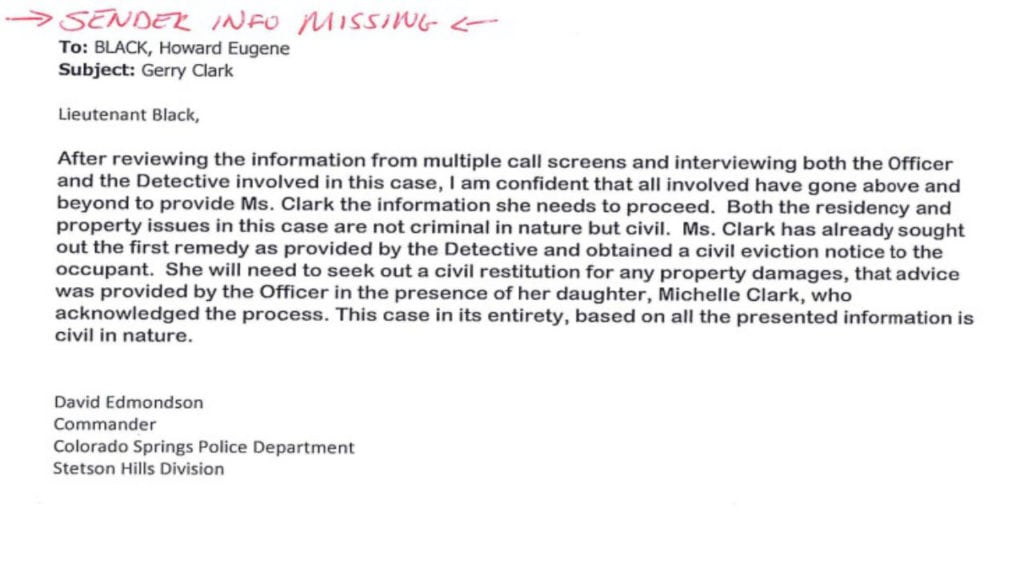 After asking for the Commander to call us, CSPD’s spokesperson responded by saying, “This is ridiculous! Commander Edmondson will not be calling.” 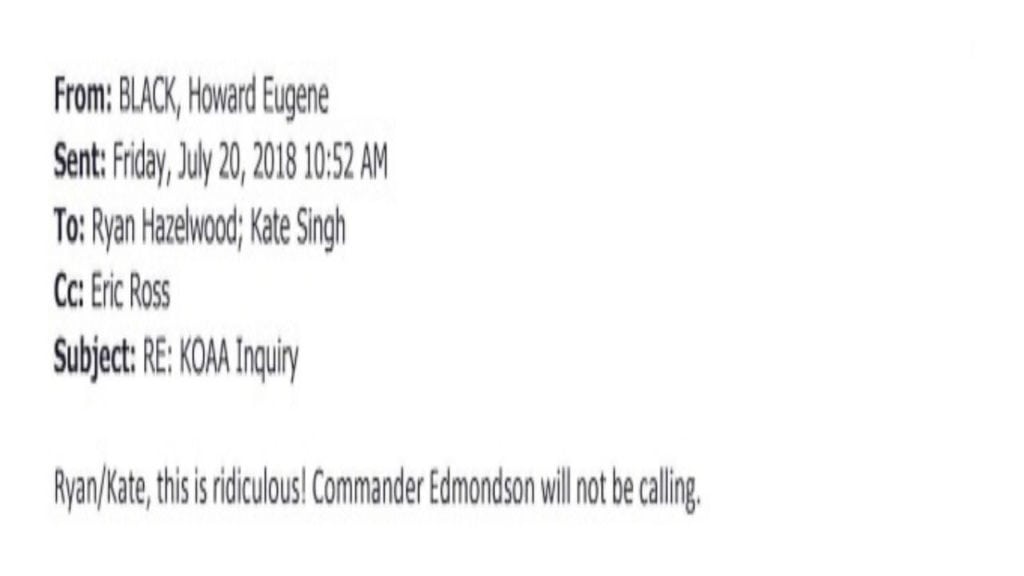 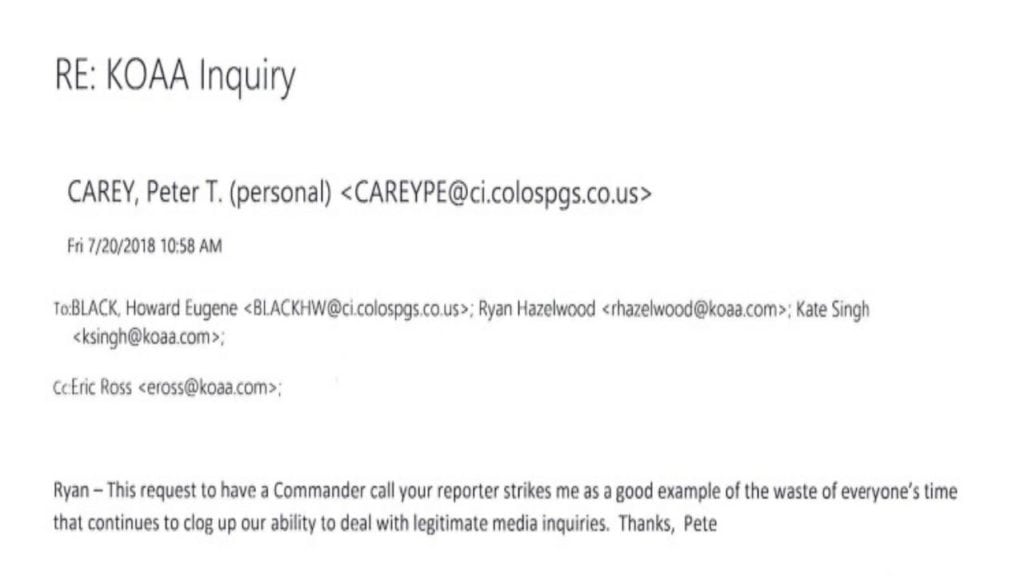 “This request to have a Commander call your reporter strikes me as a good example of the waste of everyone’s time that continues to clog up our ability to deal with legitimate media inquiries,” Chief Carey said in an email.

The Clark family believes our inquiry and commitment to curb squatting situations is a serious matter that law enforcement should be addressing.

“We told the police we need help and nobody could help us because it’s a civil case,” Gerry Clark, Wendy’s mother said. “They couldn’t do anything. What is wrong with our system?”

The passage of Senate Bill 15:

At the time this story was developing, Senate Bill 15—created after a series of News 5 investigations was already in the works.

Under the new law, squatter situations will no longer be treated the same as landlord-tenant evictions. As we’ve reported, it was taking anywhere from a few weeks to a few months to get alleged squatters out of homes. These cases are now required to be heard the very next day in court. The bill also clarifies that criminal trespass and vandalism charges could apply if the squatters refuse to leave or destroy a homeowners property. Prior to Senate Bill 15, News 5 Investigates could not find any cases where squatters faced criminal charges in Colorado.

El Paso County Sheriff Bill Elder told News 5 that law enforcement agencies were reluctant to arrest someone for trespassing because often times, squatters would claim they had a verbal lease or were invited into the property at one point. Some squatters even changed the locks on the homeowner and then showed a key to police if they showed up. Before SB 15 passed, squatters knew they would have a minimum of a few weeks before they had to vacate the premise.

As Senate Bill 15 made its way through the legislature, News 5 Investigates checked with multiple law enforcement agencies who said they would look for direction from the bill and follow the law if passed.

Two months after the bill took effect, Colorado Springs Police will not tell News 5 Investigates what their policy is when dealing with squatters, or if one even exists.

On September 9, 2018, News 5 asked the department for a copy of any policy officers currently follow when dealing with squatting situations. 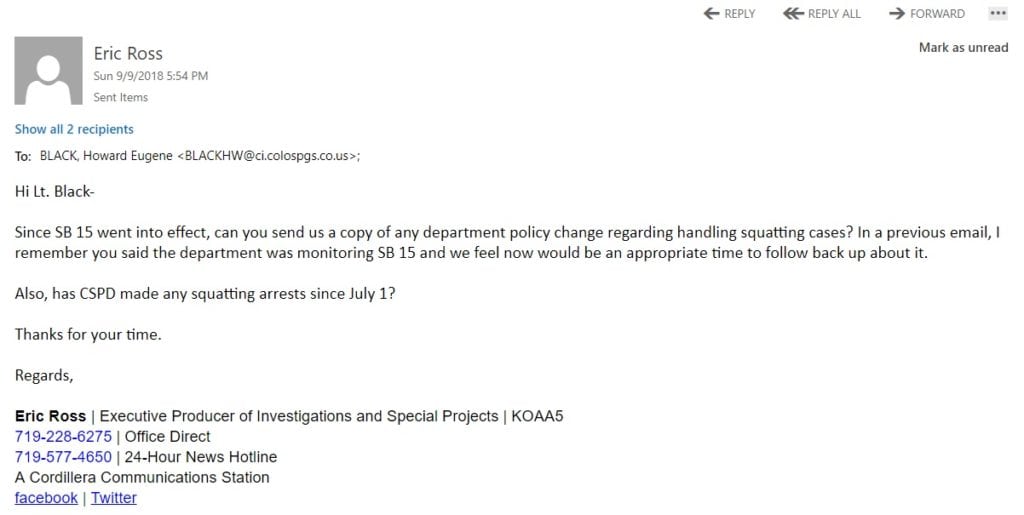 The CSPD spokesperson told us we’d need to file an open records request. 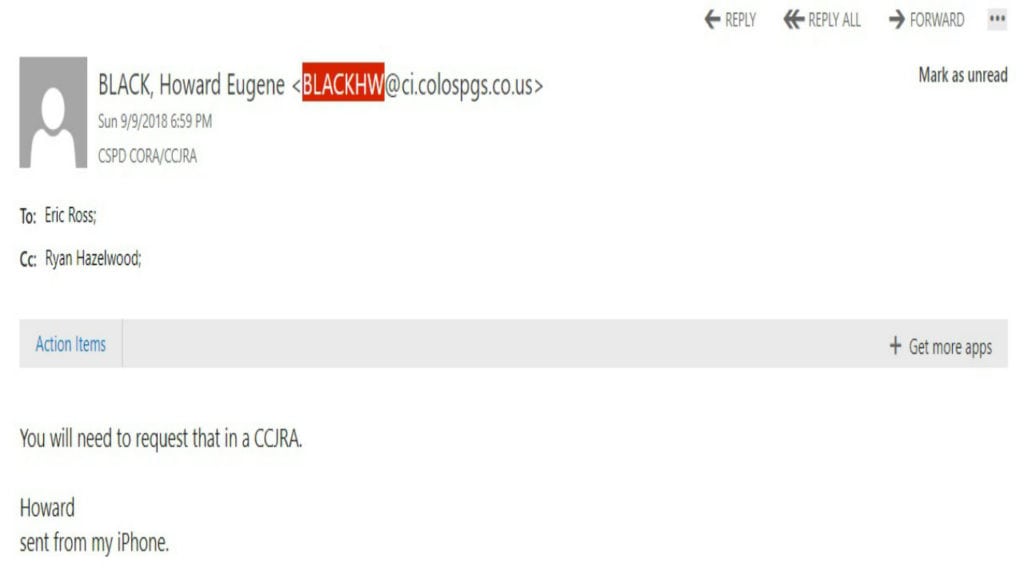 On September 10, 2018, News 5 Investigates submitted an official open records request to Police Chief Carey and spokesperson asking for the policy again. 14 days later, we still have not received any information concerning a policy. However, the department did say they have no way of tracking “squatting” cases. 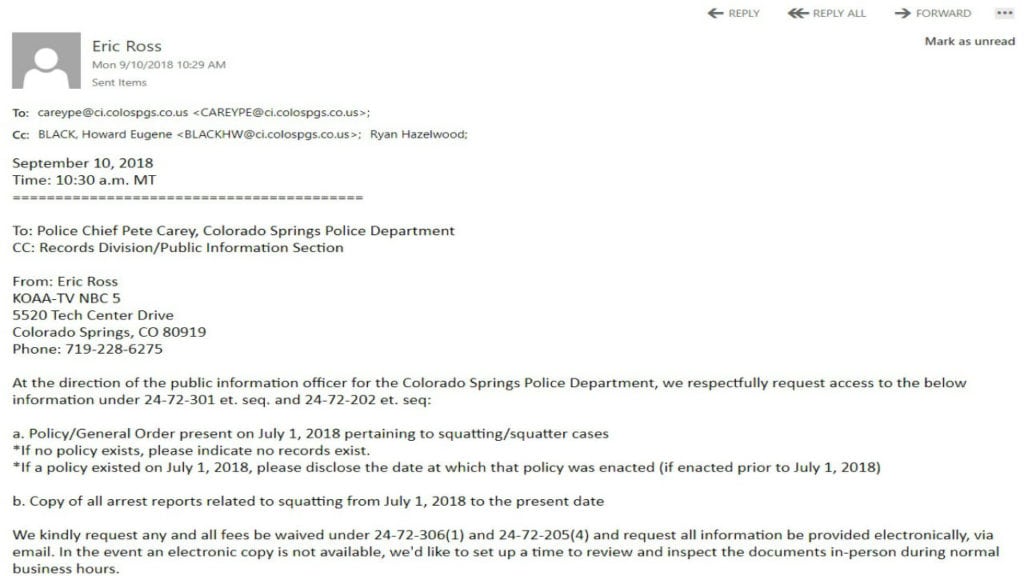 As News 5 Investigates awaits further information from police and the DA, we’ve filed an additional records request asking for the evidence police reportedly turned over the DA’s Office for review.

We’ve also requested to listen to the calls for service placed to police to gain a better understanding of what information they were presented with by neighbors and the Clark family during the formation of this case.

The police department initially posted case reports and information centered around the Clark case under its “Cases of Interest” section online. 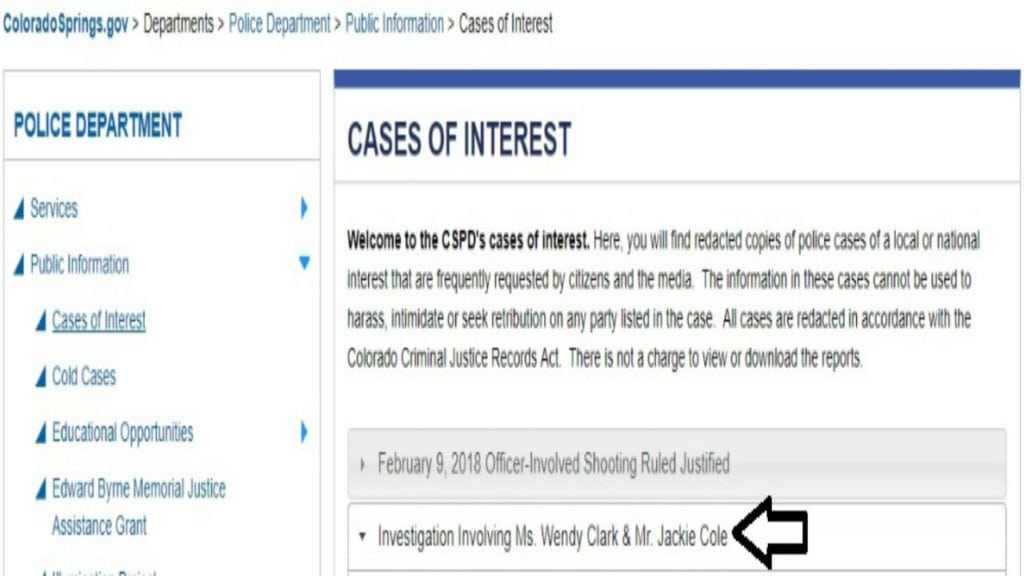 However, shortly after we started asking more questions about why the case was treated as a civil matter rather than a criminal one, the police department removed all information it had posted online without any notice or explanation. 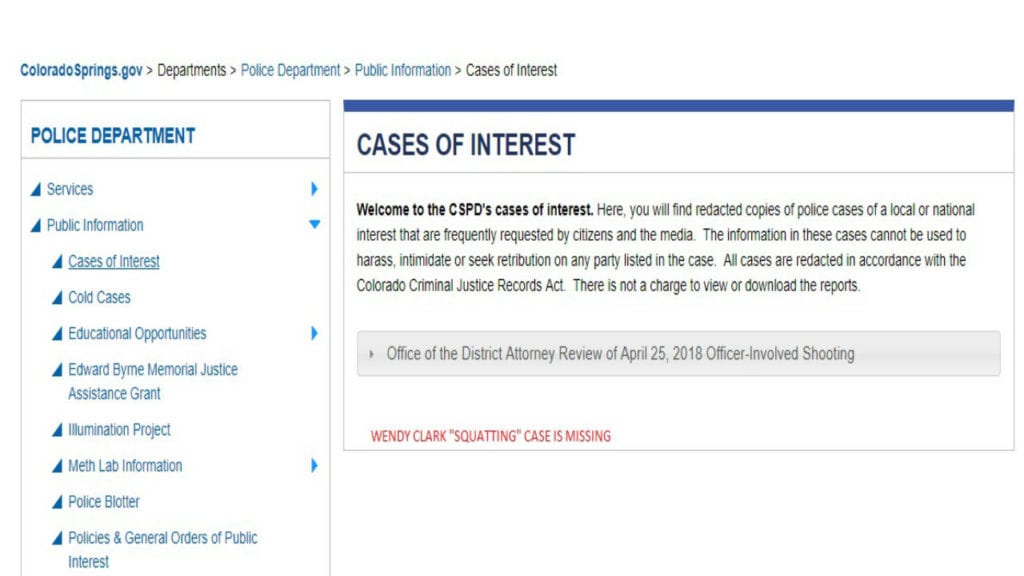 This is a developing story and we will update it accordingly as new information becomes available.