Instead of mourning her daughter’s unexpected death, Gerry Clark is fighting to save what little she can after squatters moved in to her home.

By the time a judge granted an eviction, the squatters took off—but not before taking the dead woman’s car, clothes and furniture.

Colorado Springs police know about the situation, but say it’s a civil matter.

“We lost a daughter, a mother, a sister and nothing is being done,” Clark said. “We need help! We need help.”

Wendy Clark died in Oct. 2017 of natural causes, according to the El Paso County Coroner’s Office.

“Wendy was a real sweetheart,” her mother said. “She was a really classy girl.”

After Wendy’s death, Gerry went to her home to go through her belongings.

To her surprise, random people were living inside.

Through court records from El Paso County, News 5 Investigates identified one of the “squatters” as Jackie-D Allen Cole, AKA Jack Cole, a repeat felon with a long rap sheet.

“Wendy died Oct. 16 and we’re going into February,” Gerry said. “He (Jack Cole) has been living there (in Wendy’s home) for free all these months, using her car and we don’t know where that is anymore. That’s disappeared.”

News 5 Investigates uncovered between Nov. 1, 2017 and the end of January 2018, Colorado Springs police were called to Wendy’s home 19 times.

The calls ranged from burglary, theft, graffiti, trespassing and even an overdose. Neighbors say they too called police to report suspicious activity, yet the only arrest authorities made involved a “squatter” named Hilary Dauten. She was taken into custody on an outstanding warrant in Pueblo.

Colorado Springs police told Gerry if she wanted the remaining squatters gone—she would have to evict them.

“We’ve had to hire attorneys and we need some help and the police can’t help us at all,” Gerry said. “We pay taxes. We are citizens. Why can’t someone help us? I just don’t understand.”

As Gerry took her fight to court, Jack Cole was enjoying Wendy’s home—even posting a picture on Facebook two months after her death with the caption “relaxing day with the Cowboys” as he watched TV in her living room.

“At Christmas time, he put up the Christmas decorations that they had and he put it up on Facebook,” Gerry said.

In court last month, Gerry came face to face with Cole, who had no intention of giving up the house. He reportedly told the judge he and Wendy were married.

“Wendy was never married,” Gerry said. “On her death certificate it states she was single. On the medical records from the hospital it says she is single. I know she wouldn’t have married him.”

News 5 Investigates found no marriage license for Wendy and Jack. One of Jack’s multiple Facebook profiles also says he’s single. Another profile shows he is now in a relationship with another woman.

The judge ultimately sided with Gerry’s family and ordered the squatters to leave.

“He (Jack Cole) has destroyed this house,” Gerry said. “It’s pathetic and we told the police we need help. Nobody could help us because it’s a civil case. They couldn’t do anything. What is wrong with our system?”

Gerry gave News 5 pictures of what Wendy’s house looked liked prior to squatters moving in. 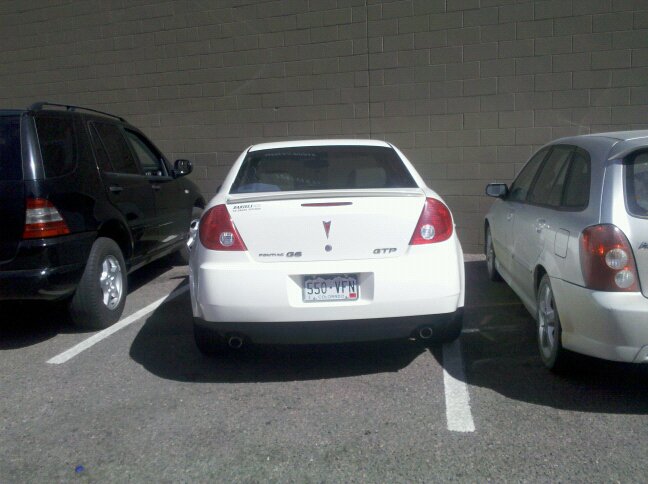 Chief Investigative Reporter Eric Ross emailed Lt. Howard Black, the spokesperson for the Colorado Springs Police Department. We shared pictures of the vandalism and wanted to know why police were treating this entire case as a “civil” matter.

Lt. Black did not acknowledge our questions. The only information we were able to obtain related to this case came through requests submitted under the Colorado Criminal Justice Records Act and Colorado Open Records Act.

“I think we all want to see these parasitic squatters gotten rid of without delay,” Sen. Dan Kagan (D-Aurora) recently said in an interview with News 5 .

If passed, the bill would give police the power to immediately remove squatters without waiting for a court-ordered eviction.

According to testimony from the Colorado District Attorneys’ Council, destroying or vandalizing someone’s home is already a crime. However, it’s unclear why Colorado Springs police say no crime has been committed in this particular case.

In previous on-air broadcasts, News 5 has shown how squatters destroy homes without any consequences. To-date, we have not been able to find a single case where police arrested a squatter for property damage.

SB 15 passed all three readings in the Senate. It now moves onto the House for approval. The next hearing is scheduled in March 2018.

Wendy’s 2007 white Pontiac G6 has not been located. A vehicle registration card obtained by News 5 shows “Wendy Clark” as the sole registered owner of the vehicle.

According to the El Paso County Sheriff’s Office, if someone steals a car that does not belong to them, it would be a “motor vehicle theft” charge.

After reviewing the information from multiple call screens and interviewing both the Officer and the Detective involved in this case, I am confident that all involved have gone above and beyond to provide Ms. Clark the information she needs to proceed.  Both the residency and property issues in this case are not criminal in nature but civil.  Ms. Clark has already sought out the first remedy as provided by the Detective and obtained a civil eviction notice to the occupant.  She will need to seek out a civil restitution for any property damages, that advice was provided by the Officer in the presence of her daughter, Michelle Clark, who acknowledged the process. This case in its entirety, based on all the presented information is civil in nature.