News 5 Investigates: HomeAdvisor may not pre-screen contractors as their ads claim

Time and time again, we warn you to do your homework before hiring a contractor, but what if there was a web site offering to do the research for free?

You may have heard about HomeAdvisor. The company says they recommend pre-screened contractors so you don’t get ripped off, but News 5 Investigates found major problems in their screening process that could give you a false sense of security.

Pueblo contractor Joseph “Joe” Pacheco with JP Home Improvement sure knows how to get you to write him a check—just ask any of his customers!

“He was a very smooth talker until he got our money,” homeowner Joyce Leri said.

“He got you to like him,” homeowner Jeff Garcia said. “He was really pleasant, nice and respectful.”

These customers all say Pacheco came with a high rating from HomeAdvisor.

“I saw a commercial on TV about HomeAdvisor and how easy it was going to be and I didn’t have to do any research,” Leri said.

“HomeAdvisor says we pick the professionals and we do the background checks and I thought ‘perfect’ because in today’s world, who do you trust?”

“He came June 1 and started disassembling and tearing everything out and left,” Creek said.

Pacheco never showed back up to finish the job.

Roy Desalernos said he paid Pacheco more than $40,000 to renovate his entire kitchen.

Joyce Leri said she paid Pacheco $6,000 for an enclosed patio, but after pouring the cement and putting up a few pieces of wood—he disappeared.

“After that, I couldn’t get him to answer the phone,” Leri said.

Despite having multiple angry customers who combined reportedly paid Pachecho over $100,000, he somehow ended up being a “trust home improvement pro” on HomeAdvisor. The web site advertises they have more than 2 million verified professional reviews and one of the industries most comprehensive screening processes.

Our investigation raises questions over how comprehensive that screening process is after doing a quick 1-minute Internet search.

News 5 Investigates discovered Pacheco does not have a valid contractor’s license. 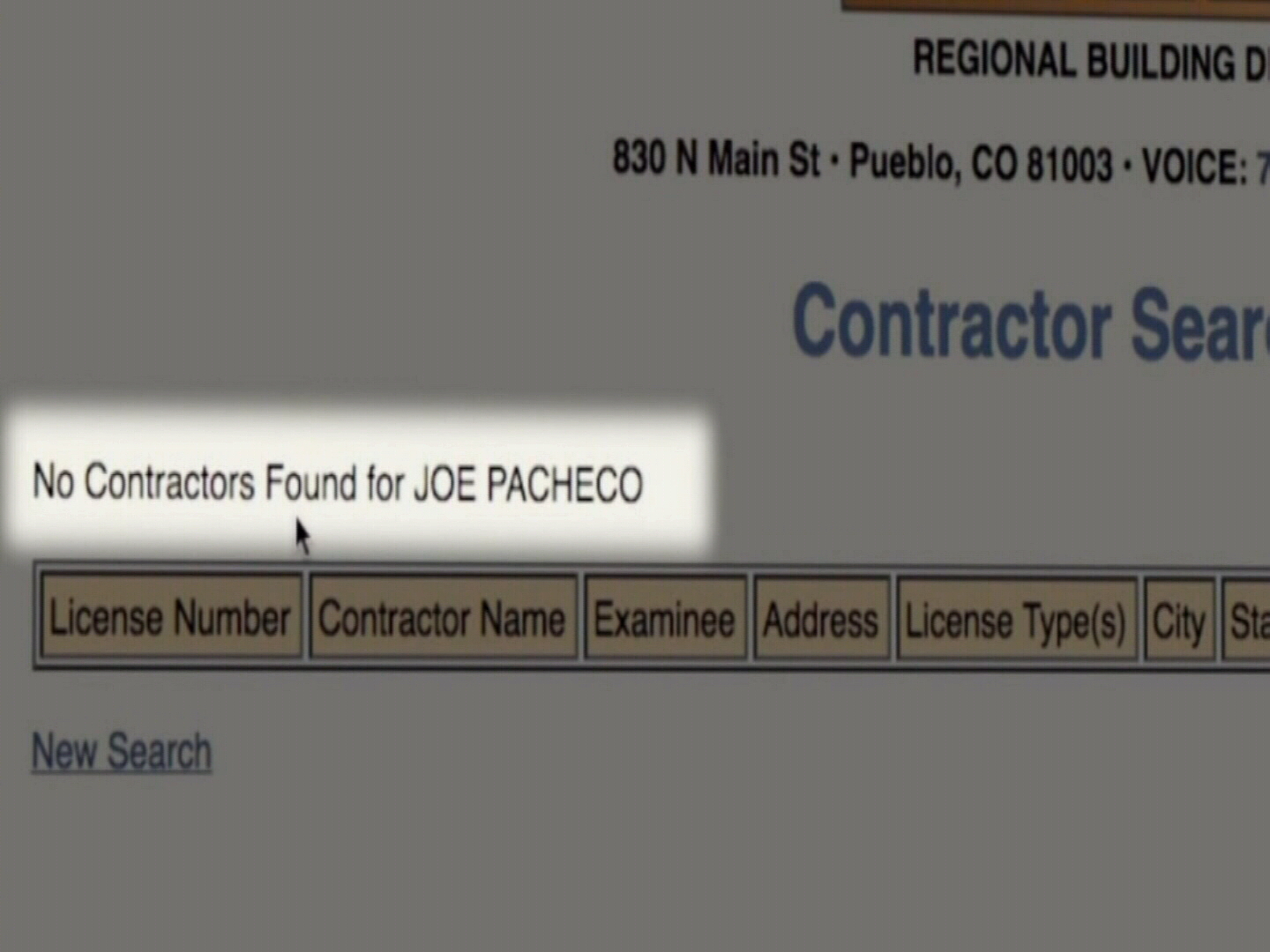 Regional Building also sent Pacheco this letter back in October requesting he stop soliciting business without a license.

This isn’t the first time HomeAdvisor recommended a contractor who walked off the job.

Over the summer, we introduced you to Gerry Klein. She hired a contractor named Bob Pendergast to install new windows and doors, but he never completed the work. Pendergast received a good grade from the BBB and was a member of HomeAdvisor.

The BBB eventually removed Pendergast’s grade and he was kicked off the HomeAdvisor network.

He and his spokesperson, Brooke Gabbert, declined our request for an interview and could not explain how they screen contractors.

However, News 5 found an online video in which Gabbert briefly talks about the company’s mission.

“What we are there for is to help the homeowner and professional connect and get projects done in their home,” Gabbert told a reporter during a Kitchen-Bath Industry Show.

Homeowners we spoke with say Gabbert’s statement doesn’t ring true—at least not in their cases.

“He (Pacheco) did not do any work,” Leri said. “I was calling and calling him. He had every excuse in the book.”

News 5 learned Pacheco has started sending letters to homeowners saying he was closing his business, but a project manager who used to work for Pacheco said he is still operating and likely used the letter in an effort to get unhappy customers to stop calling him.

“Once he gets his money he’s done with you,” former employee Doc Adams said.

We found Pacheco still advertising remodeling jobs on his web site, so we had one of our employees call him for an estimate to remodel a kitchen. 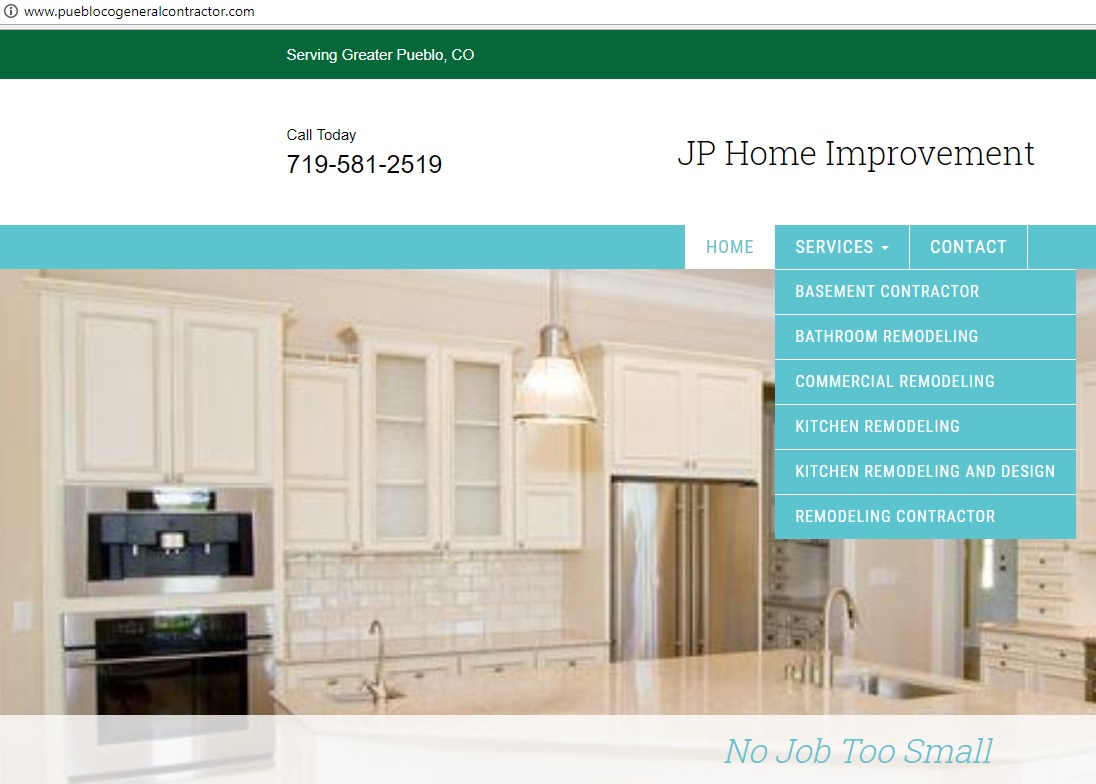 Pachecho asked our employee, “When would be a good time for me to come out and take a look?”

We made an appointment with Pacheco for 2 p.m. and set up hidden cameras throughout the home.

After waiting an hour, Pacheco never showed up, just like he never showed up to finish the multiple jobs people like John Creek paid him to complete.

“I’m out this money but I don’t want anyone else getting screwed,” Creek said.

HomeAdvisor removed Pacheco from their list of recommended contractors on Oct. 25.

“We value customer feedback and remove pros from our site when we verify homeowner complaints,” HomeAdvisor said in a statement.

History of complaints with HomeAdvisor:

The Better Business Bureau has more than 1,200 complaints against HomeAdvisor in addition to 545 customer reviews.

469 reviews, or roughly 86-percent, were negative. 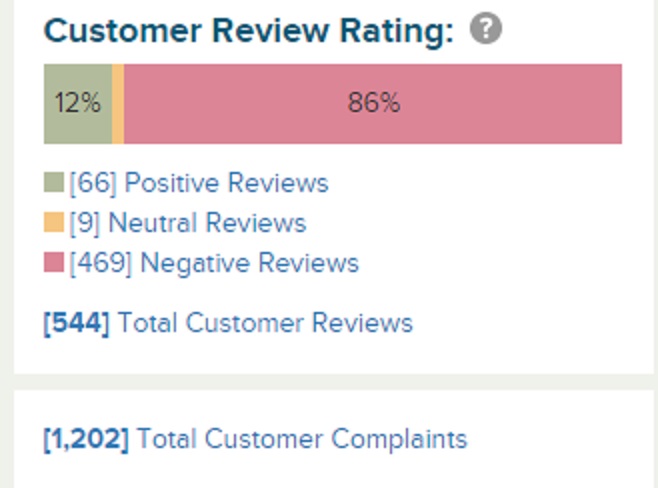 The best way to find a reputable contractor is to make sure they are licensed. You can look up licenses through your Regional Building Office.

It’s also important to check with Regional Building to make sure the contractor you hire pulls the proper permits before starting construction.

News 5 always encourages you to check out multiple different sources and reviews before writing a check. If you can, get 2-3 estimates for work and never pay more than 50-percent up front.

Have you had a good or bad experience with HomeAdvisor? We’d like to hear from you. Please send an email to News5Investigates@KOAA.com.