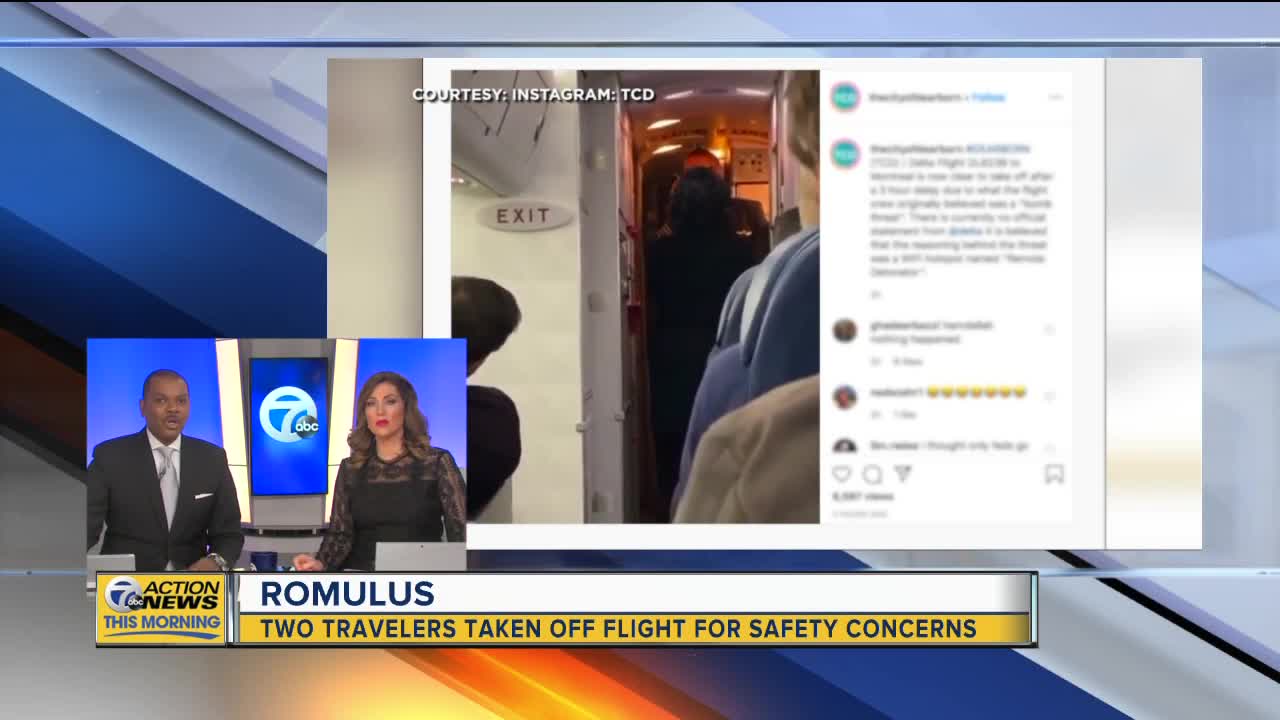 Two travelers removed from flight for safety concerns in Romulus

An investigation is underway after a Go Jet flight was delayed.

It all started when a Wi-Fi hotspot name on the flight caused concern on board.

Police launched an investigation out of caution. Two people were removed from the flight for questioning.

Both passengers have been released pending further investigation.

The plane eventually departed from DTW for its final destination.

This story was originally published on WXYZ.com.