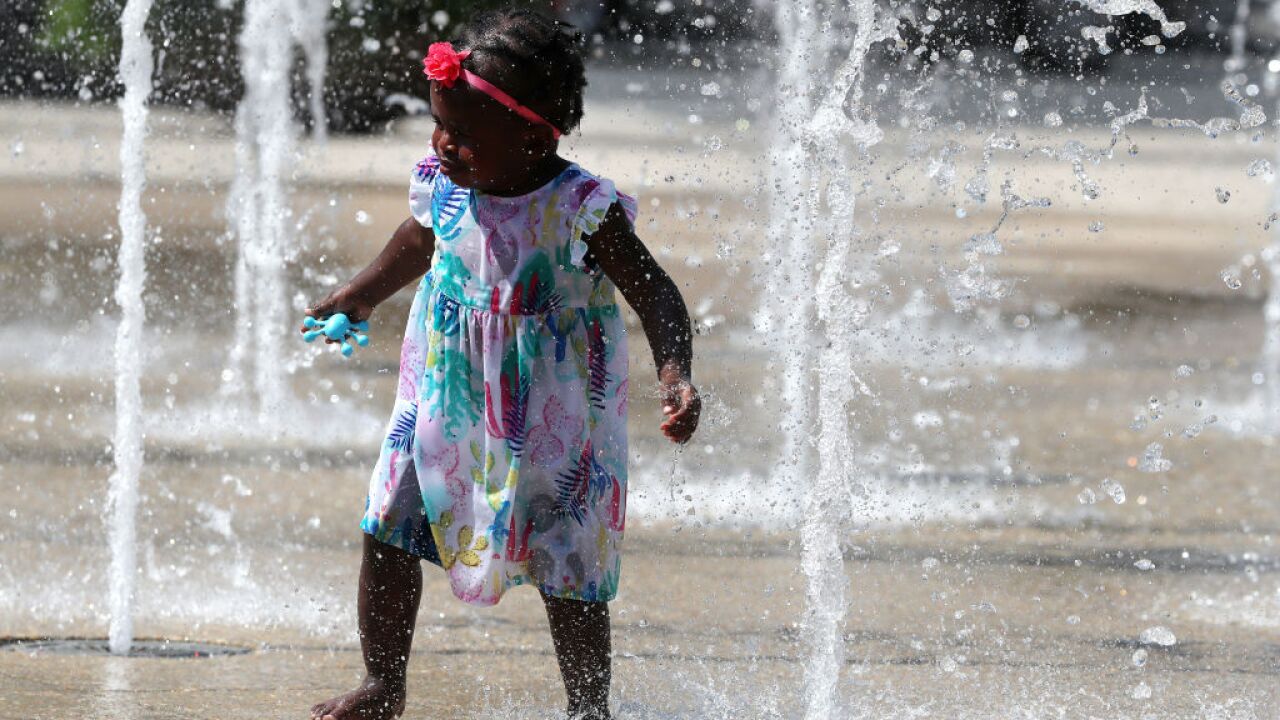 Checking the temperature reading during this weekend's heat wave won't tell the whole sweltering story. It's going to feel a lot hotter.

Blame the heat index , also called "apparent temperature." It's a combination of air temperature and humidity, and it measures what the body actually feels, CNN meteorologist Haley Brink said.

"We should pay attention because of the way we, as humans, cool down," she said. "We cool down by sweating, and that sweat evaporates off of our bodies, in turn decreasing our body temperature.

"When it is really humid outside, the rate of sweating decreases, so it actually feels warmer outside than it is," Brink said.

And that's not even in the sun.

"When we, as meteorologists, forecast the high temperatures or the heat index, that is in the shade," Brink said. "The sun definitely makes it worse."

In "direct sunlight, the heat index value can be increased by up to 15 degrees Fahrenheit," according to the National Weather Service .

Of course, there are ways to combat the heat.

"We can beat it by getting inside near an air conditioner, staying hydrated by drinking lots of water and wearing moisture-wicking clothes," Brink said.

Minding that advice will be especially important with morning lows on Saturday and Sunday expected to set high temperature records in more than 100 places, she said.

"If it doesn't cool down enough overnight, there is not enough time for heat relief, especially in big cities where there are a ton of buildings, asphalt, concrete," Brink said. "These things absorb heat throughout the day and hold onto them at night. It is a cumulative effect."

Overnight heat and the heat index were key factors in Chicago's 1995 heat wave, when more than 700 residents died , Brink said. Actual and feels-like temperatures then were higher than what's expected now. The heat index in 1995 at Chicago Midway International Airport was recorded at 125 degrees, according to the National Centers for Environmental Information , compared with a heat index forecast Saturday of near 107 degrees at Midway.

This weekend's stifling heat traces to a large "dome" of high pressure parked over much of the central and eastern US that's acting like a "lid" on the atmosphere, Brink said. As hot air tries to escape, the heat dome's lid causes the air to sink. And when air sinks, it warms.