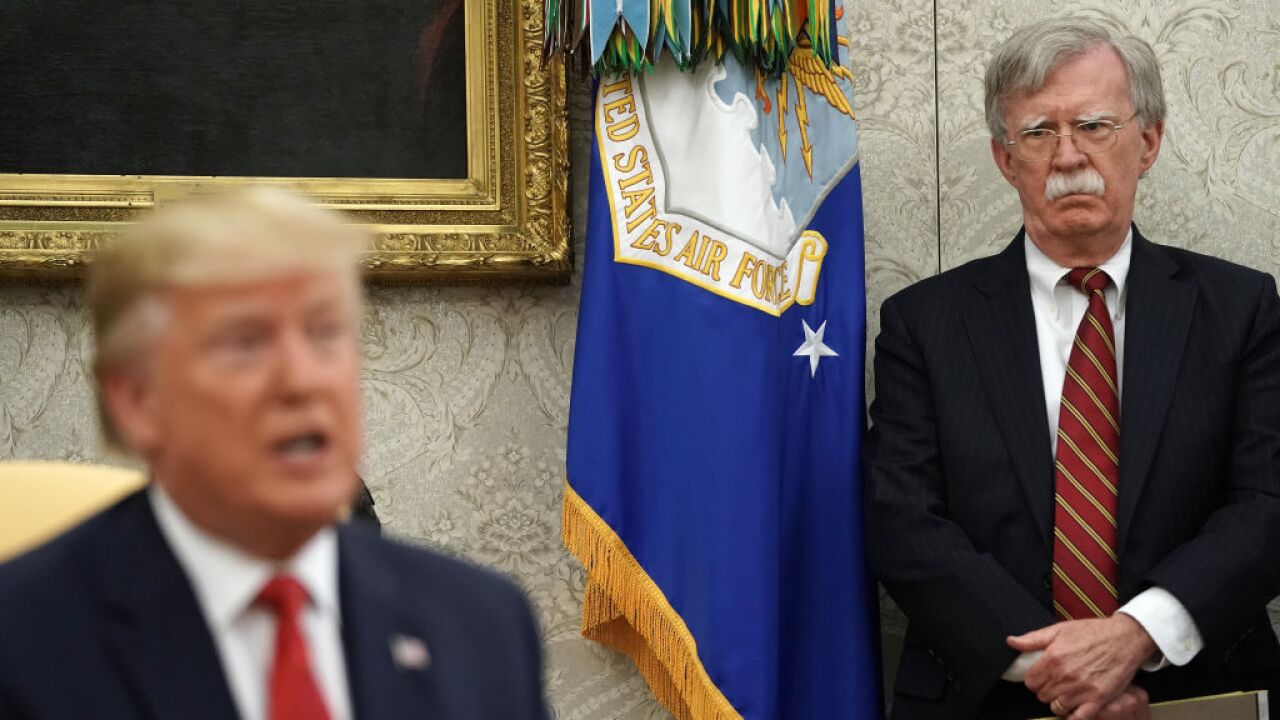 President Donald Trump said Tuesday that he has asked national security adviser John Bolton to resign, noting that he "strongly disagreed with many of his suggestions as did others in the administration."

"I informed John Bolton last night that his services are no longer needed at the White House. I disagreed strongly with many of his suggestions, as did others in the Administration, and therefore I asked John for his resignation, which was given to me this morning," Trump tweeted. "I thank John very much for his service. I will be naming a new National Security Advisor next week," he added.

The tweet came just one hour after the White House press office said Bolton was scheduled to appear at a Tuesday press briefing alongside Secretary of State Mike Pompeo and Treasury Secretary Steve Mnuchin.

Trump was irked by reports that he had faced internal pushback from Bolton over his decision to host leaders of the Taliban at Camp David, multiple people familiar with his frustration say. The President announced the plans for the meeting were canceled on Saturday.

CNN reported last week that tensions between top figures on Trump's national security team had devolved into all-out hostility , creating a deep disconnect between staffers on the National Security Council, led by Bolton, and the rest of the administration, six people familiar with the matter said.

Bolton was initially brought into the administration last year to replace HR McMaster partly due to his hawkish position on Iran -- supporting Trump's exit from the Iran nuclear deal -- but he soon began to clash with the President's vision for diplomacy in North Korea and most recently on Afghanistan.

But Trump has been getting more and more irritated with Bolton over the past several months for his statements on Iran, Venezuela and now Afghanistan, a senior administration official told CNN Tuesday.

Trump no longer believed his national security adviser could advocate for the President's agenda, and instead felt he was harming his credibility, the official said.

Trump also felt like Bolton wasn't a forceful enough advocate for him in the media -- and that when he did make appearances, he wasn't convincing enough, since it was evident he didn't believe in some of Trump's foreign policy goals, the source added.

This story is breaking and will be updated.