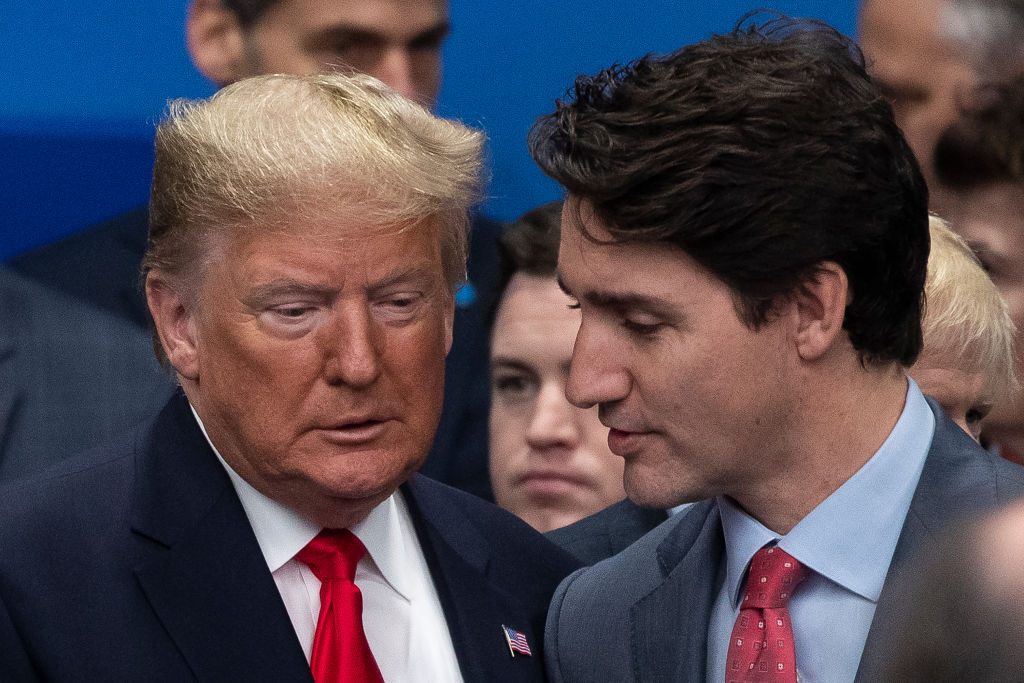 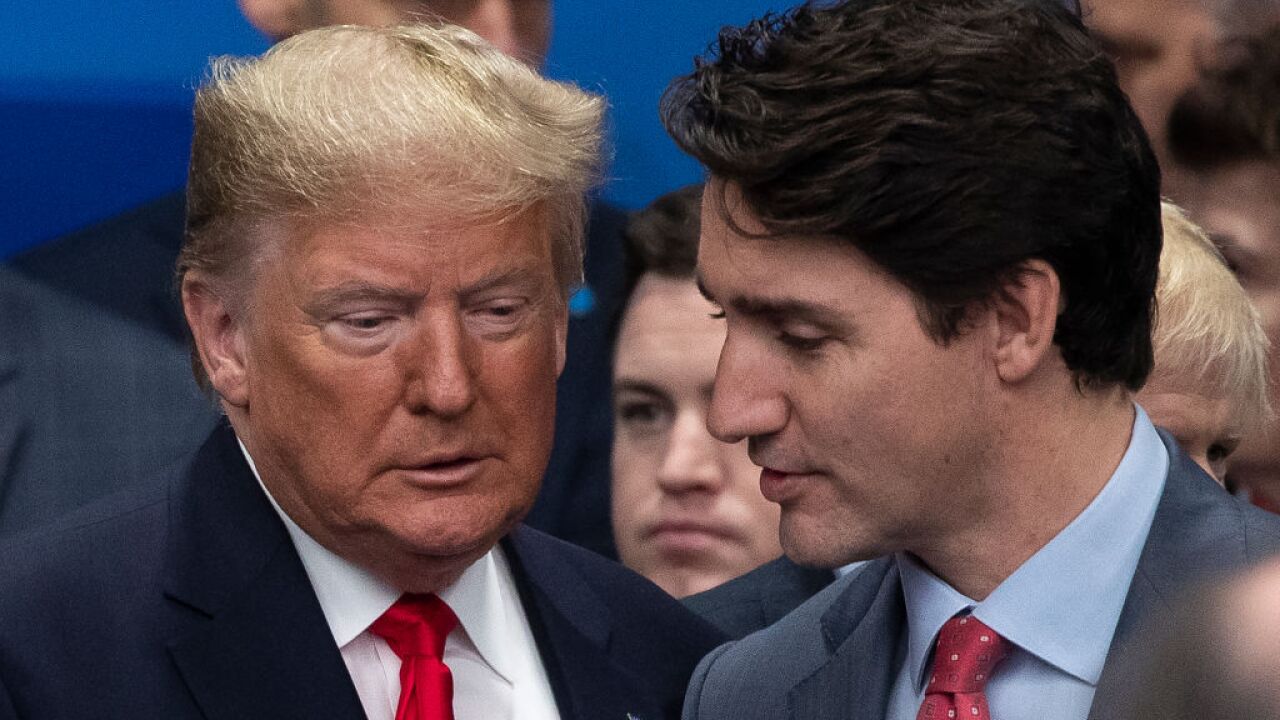 If allied leaders had hoped that US President Donald Trump's presence at a summit in the London area marking the 70th anniversary of the alliance this week would promote unity among old friends they probably left disappointed.

Trump's visit was marked by showdowns between leaders, lengthy and freewheeling appearances by the President before the media, an abrupt news conference cancellation and an extraordinary row over a viral video.

There were not one but two notable hot mic moments at the gathering.

French leader Emmanuel Macron was recorded alongside other world leaders at a Tuesday evening reception at Buckingham Palace, appearing to joke about Trump's behavior earlier in the day.

"Is that why you were late?" Johnson asked.

Macron nodded, as Canadian Prime Minister Justin Trudeau replied, "He was late because he takes a ... 40-minute press conference at the top."

Trudeau admitted Wednesday that he and other leaders in the conversation were speaking about Trump's lengthy press availabilities during the summit.

At another point in the conversation captured on the recording, Trudeau said, "You just watched his team's jaws drop to the floor."

The Canadian prime minister said that in reference to Trump's announcement during their bilateral meeting that the upcoming G7 summit will be hosted at Camp David.

"Every different leader has teams who now and then (had) jaws drop at unscheduled surprises, like that video itself, for example," Trudeau said.

Johnson also weighed in on the recording Wednesday, saying it was "nonsense" to suggest the jokes made in the video indicated he didn't take Trump seriously.

"I don't know where that's come from," he added.

Trump also canceled a scheduled news conference at the end of Wednesday.

Trump has long challenged and pushed NATO members to spend more on defense and has even suggested the alliance is obsolete. Ahead of the summit he successfully cut the US contribution to NATO's budget.

At this year's gathering Trump seemed to play good cop-bad cop on NATO's role. Before his opening breakfast with NATO Secretary General Jens Stoltenberg on Tuesday he complained "NATO has not treated us fairly ... they pay far too little."

However, at times he seemed to defend the alliance.

He was especially vocal about Macron's recent description of NATO as suffering from "brain death," due, in part, to a lack of US leadership under Trump.

And on Wednesday Trump said the alliance is "very important."

"NATO is very important. It was not good but it has gone to a very strong position. We had a really good day and a good day yesterday," Trump said.

But Macron was in no mood to back down from his comments about the state of NATO .

"I know that my statements created some reaction," he said alongside Trump on Tuesday. "I do stand by [them]."

There was another tense moment during their meeting when Trump was asked whether France had committed to taking back foreign fighters from Syria.

Trump said the matter hadn't come up yet but jokingly asked Macron, "Would you like some nice ISIS fighters? I could give them to you. You could take every one you want."

"Let's be serious," Macron responded, adding that the number one priority is to defeat ISIS. "It's not yet done. I'm sorry to say that."

Later that evening, though, the pair were spotted arriving together at a reception hosted at 10 Downing Street. Macron had evidently hitched a ride with Trump in his motorcade vehicle.

The following day, Trump claimed Macron had "taken back" his critical comments on NATO.

"Speaking to the President of France yesterday we had a good meeting and he's taken back his comments very much so on NATO," Trump said.

It's unclear whether Macron agrees with Trump's assessment.

Even at a gathering to discuss geopolitical challenges politics seemed to be front of mind for Trump.

The President attended a lucrative fundraiser with wealthy Americans residing in London in between meetings ahead of the NATO summit on Tuesday.

The White House billed the event, which was closed to the press, as "a roundtable with supporters" and a Republican source familiar with the event's plans tells CNN that the fundraiser was hosted by Trump Victory, a joint fundraising committee run by the Republican National Committee and Trump's campaign.

At some points, he insisted that he wasn't thinking about impeachment but it was clearly on his mind. He dismissed Democrats' impeachment inquiry multiple times during the summit.

He also seemed to grapple with whether it would be better to sign a trade deal with China before or after the 2020 election.