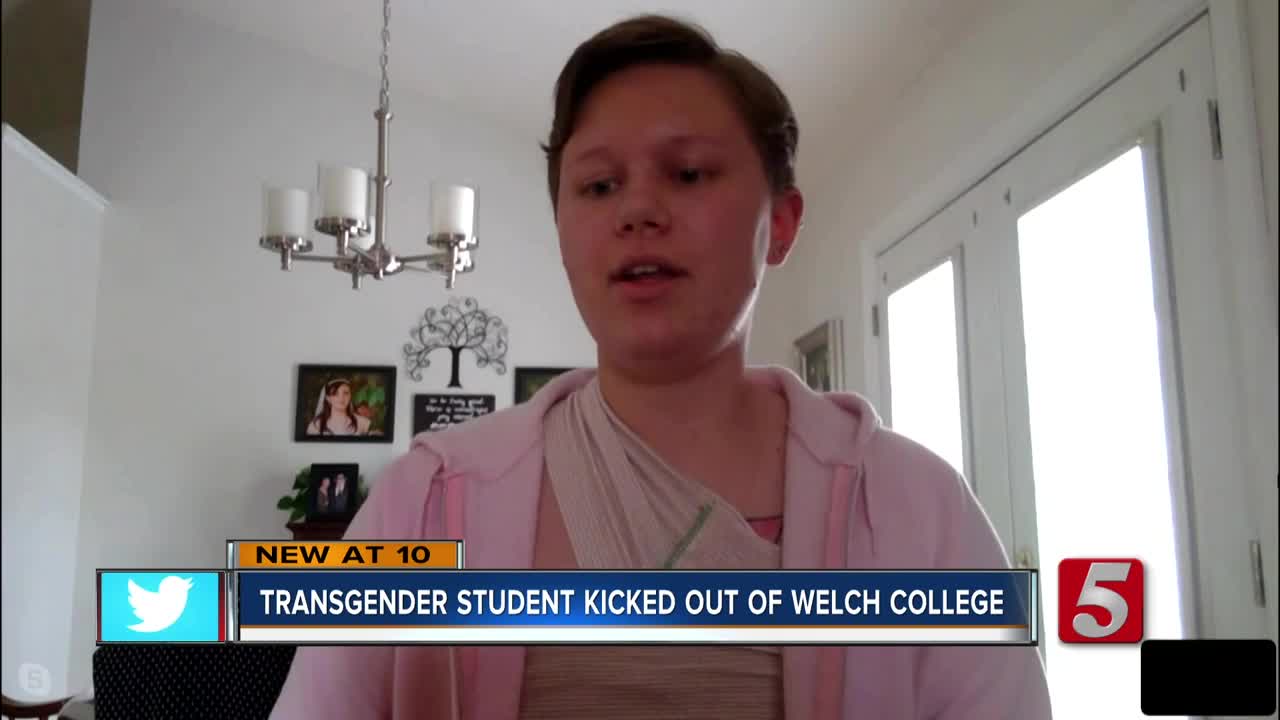 A transgender student's decision to have "top surgery" resulted in his suspension and being kicked out of Welch College. 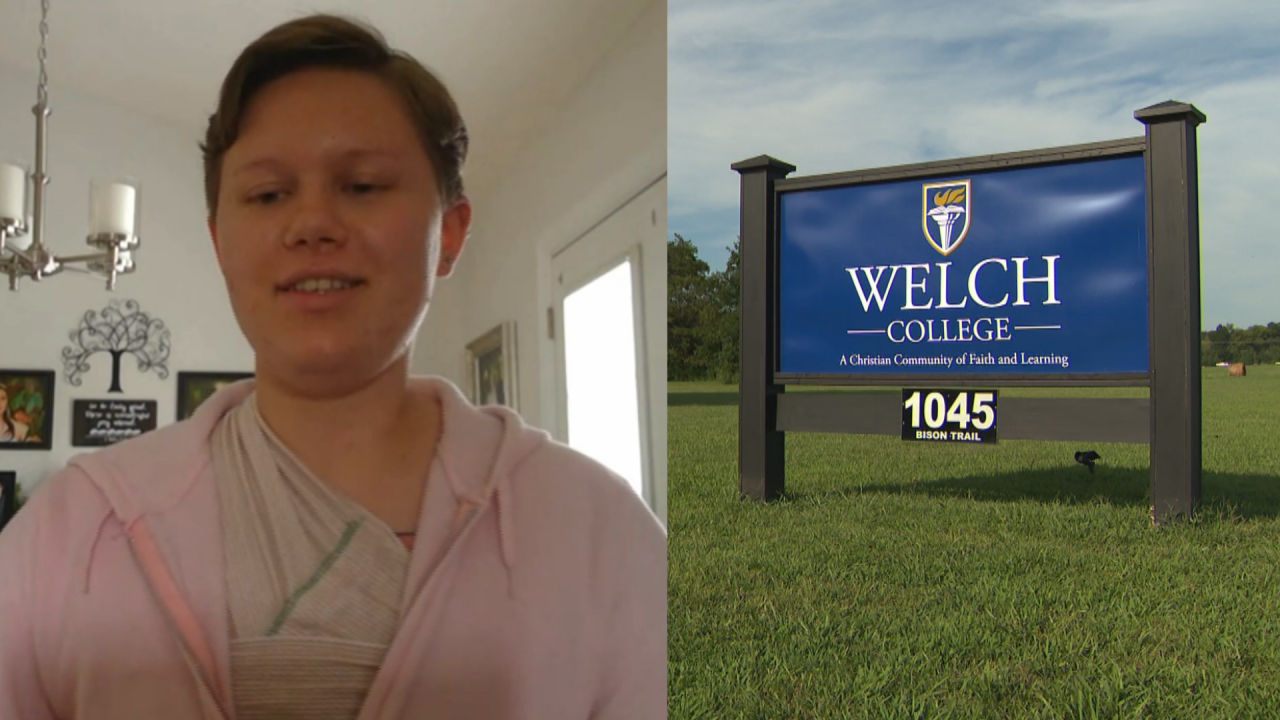 GALLATIN, Tenn. — It was a decision Yanna Awtrey had been looking forward to for months but it ended up getting him kicked out of the dorms at his school — and suspended.

Awtrey, a transgender student, had been looking forward to his breast reduction surgery — known as a "top surgery" — for so long. When it was finally complete earlier this month, he shed tears of joy.

"I full-on started balling and crying because this was something I wanted the last 10 years of my life," Awtrey said.

He was a student at Welch College in Gallatin, Tennessee, who was planning to stay with a Christian couple as he healed from the surgery. But when they found out what it was for, he says they told him he wasn't welcome anymore.

And Awtrey says when the college found out about his surgery, they told him he couldn't return to the dorms, and eventually suspended him for two terms.

Welch College is a private university, so it isn't subject to the same laws forbidding discrimination that public universities are.

"These things are just part of a problem that is now pervading all of society," Awtrey said. "When Welch College kicked me out, they essentially said I did not deserve an education at their college."

"Welch College believes that all persons are created in God’s image and thus have inherent dignity and should be treated with respect, compassion, and love. The College holds that God created humanity in two distinct and complementary sexes: male and female. The College acknowledges that the Fall of humanity into sin has introduced brokenness into God’s good creation, including in the realm of human sexuality. For example, some individuals experience a distressing confusion about their gender identity, perceiving a conflict between their biological reality and their psychological self-understanding.

Welch College believes that individuals experiencing such confusion—and the distress that usually accompanies it—should be treated with love and compassion. The College also believes that attempting to alter one’s bodily identity constitutes a rejection of God’s design for humanity. The College is also aware that such attempts all too rarely deliver on their promises to alleviate psychological and emotional suffering. The College thus invites all transgender individuals to trust fully in Christ and experience renewal in the gospel.

On Friday, August 2, Welch College learned that one of its students had undergone surgery in an effort to conform her body to her belief that she is male. Given the incompatibility of such an action with the College’s beliefs and expectations for members of its community, the College informed the student that while she could not continue living in a dormitory, the College would provide hotel accommodations and funds for food during her recovery period. The College later offered to provide in-home health care for the student, which the student declined, stating she did not need it. Reports that the College responded inappropriately or unlovingly to the student’s situation are inaccurate.

Pinson also said, “Welch’s community standards hold that students are to obey God’s revealed will in Holy Scripture and avoid behaviors that constitute a rejection of the divine design for human sexuality. Our desire is to show individuals experiencing gender confusion the love and compassion of Christ while bearing witness to God’s design as revealed in Holy Scripture for his human creatures as male and female. We believe that a commitment to historic Christian teaching on human gender and sexuality must ever be melded with love, compassion, and sensitivity to people who are made in the image of God. Welch informs all members of its community of these beliefs, on which its decisions regarding admissions, hiring, housing, etc., are based. We will continue to pray for all people experiencing gender confusion while also honoring the values of this institution and its sponsoring denomination, which are shared by the Christian tradition over two millennia.

Pinson continued, “Throughout Yanna’s time at Welch, we have treated her [sic] with love, respect, compassion, sensitivity, and privacy, though we always clearly communicated our community standards regarding gender identity. We at Welch love Yanna and have shown her that love in a way that accords with our deeply held religious beliefs.”

This story was originally published by Jason Lamb on WTVF.