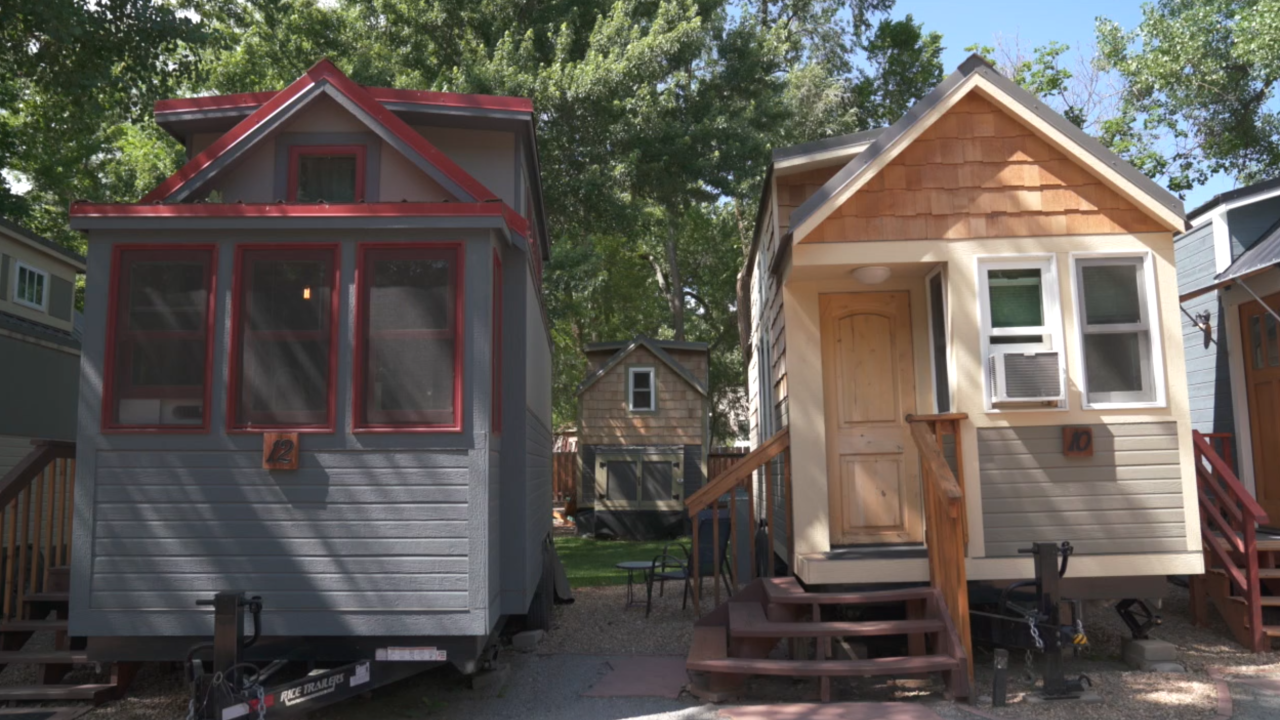 In a time where people are striving for bigger and better, sometimes what's better, isn't always big.

WeeCasa Tiny House Resort in Lyons, Colorado has attracted visitors from all over the nation and even the world since 2014.

"This is just the latest manifestation of that kind of alternative lower-cost housing," says Kenyon Waugh, with WeeCasa. "And I think that's really why [we're] intrigued with tiny houses."

Waugh says the tiny house movement was most likely inspired by van life, people transforming their vans into a small campers, complete with a kitchen and bed.

Those interested in tiny homes are looking to scale down and have more flexibility.

"What we're able to offer people is the concept: could I live with less?" Waugh says.

According to the website Tiny Home Builders , if you want a do-it-yourself tiny home, the cost of materials will start around $15,000. To have someone do it for you starts at around $45,000.

"I would say about 30 percent of our guests are in various stages of planning to build one, have built one, are thinking of living in one," Waugh says. "The space limits are pretty consistent. It's just how do you do everything on the inside that the builders have really shown people the differences."

After staying in one of the homes, people often realize builders have found a way to maximize the space by adding storage underneath things like the stairs. However, not everyone who stays for a night is planning to live in a little house.

"I'm a bigger guy, so I probably wouldn't be able to survive too long," Edward Prince says.

Prince is visiting for a wedding. While he doesn't prefer to live in a tiny space, he says he was pleasantly surprised at how much he could fit in the house, including himself. He says he'd never heard of a tiny house in his home state of Texas.

However, Waugh says the movement's popularity is slowly spreading across the country, thanks to a couple pioneering states.

"Colorado and Oregon are leading the way in terms of conceiving them and understanding exactly how they can fit into our complex single-family home lifestyles," Waugh says.

One challenge is dealing with local legislation and regulation, and people have to be comfortable with having less stuff.

"I really think that tiny houses are really helping people think about our consumerism attitudes," Waugh explains. "It's one of those things when your closet is only this big, you have to think when you're at the store of, 'Do I need another blouse? Do I need another pair of trousers?'"

Less space means fewer things, and fewer things forces people to be creative with how they spend their time. Waugh believes tiny homes are connecting more people to nature and he thinks the movement is in it for the long haul.

As for Prince, he may not be moving into a tiny home any time soon, but he thinks it's a great housing option to be considered.

"You bought some land, and you couldn't afford to build a house right away, but you could just truck in a tiny house and set up shop, he says. "That'd be awesome."