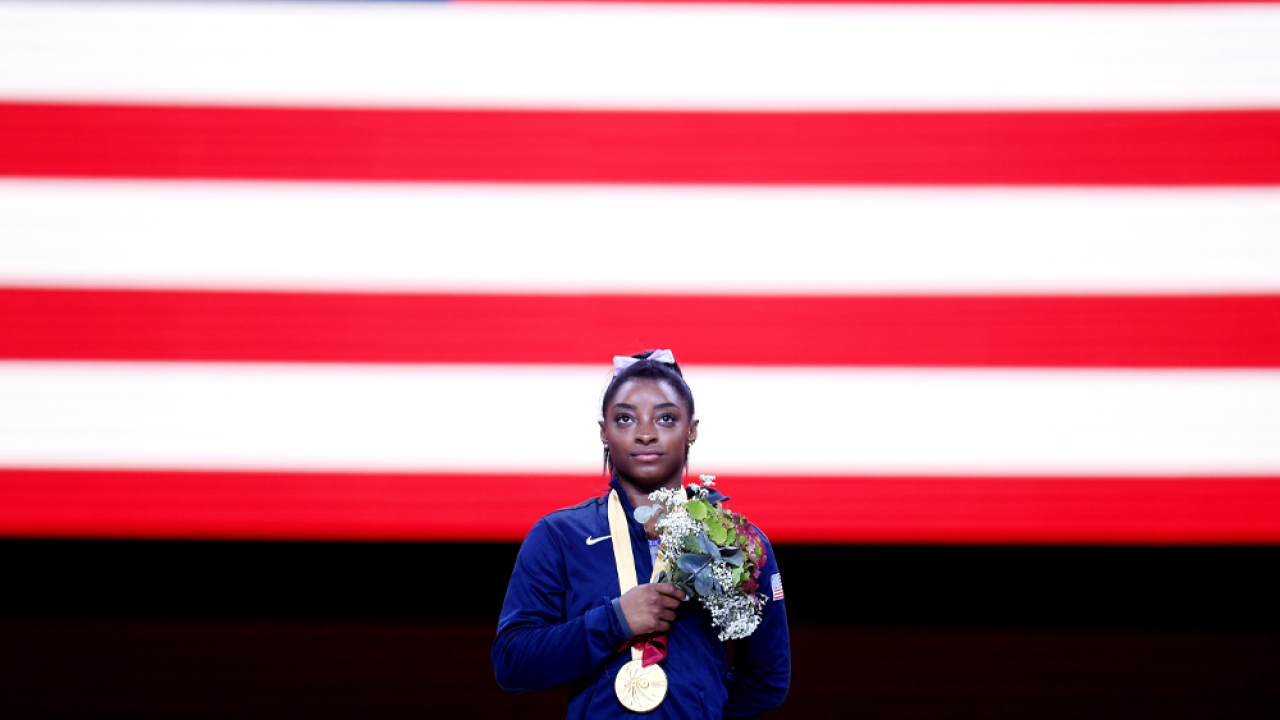 (CNN) — Simone Biles became the most decorated gymnast in the world championships' history on Sunday with a gold medal on the balance beam in Stuttgart, Germany.

A four-time Olympic champion, Biles holds 18 golds. Scherbo, a Belarussian who competed in the 1990s, was the most decorated gymnast in world championship history with 23 medals.

On Saturday, Biles won the vault by more than half a point, averaging 15.399 for her two attempts. US gymnast Jade Carey won silver and Elissa Downie of Great Britain took bronze.

The 22-year-old says she's preparing for the 2020 Olympics in Tokyo -- which she has said will be her last Olympics.