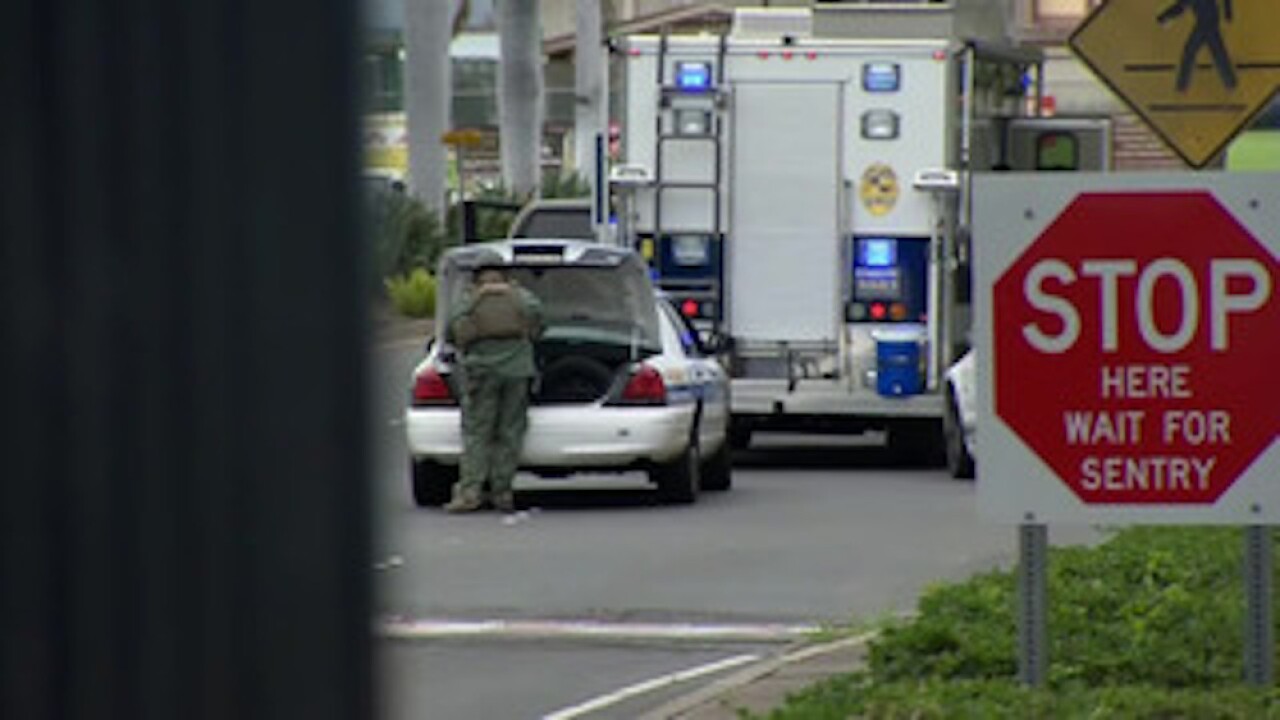 A lockdown has been lifted at Pearl Harbor Naval shipyard after a US sailor fatally shot two people and injured another before killing himself Wednesday, an incident for which officials do not yet have a motive.

The shooter's name has not been released, but he has tentatively been identified as an active-duty US sailor assigned to the USS Columbia, a submarine that is in dry dock at the base for standard maintenance work, said Rear Adm. Robert Chadwick, commander of Navy Region Hawaii.

"We are saddened by this incident, & our thoughts & prayers are with the victims & their families," Chadwick said on the verified Twitter account of the Joint Base Pearl Harbor-Hickam , where the shooting occurred.

One man, who did not give his name, was at his desk Wednesday when he heard the shots from Shipyard Drydock 2, a maintenance area for nuclear submarines.

"I kind of recognized that as gunshots, I looked out the window (and) saw three people on the ground, I looked out in time to see the shooter, who I assume was a sailor because he was in uniform, point the gun at his head and shoot himself," the witness told CNN affiliate KGMB/KHNL.

Shooting near the shipyard

The sailor opened fire at the Pearl Harbor Naval shipyard at around 2:30 p.m. HST (7:30 p.m. EST), officials tweeted on the base's verified account.

He shot three civilian workers before fatally shooting himself. Two of the victims died and the third is in stable condition at a local hospital, according to Chadwick.

The Queen's Medical Center in Honolulu received one patient from the incident, Minna Sugimoto, a spokeswoman for The Queen's Health System, told CNN.

The identities of the victims will not be released until next of kin has been notified. There were no other details about the victims.

Alex Ojeda and Will Churchill were reporting for their first day of work on the base when the violence started, according to KHNL.

"We were actually on our way out," Ojeda told KHNL. "We didn't expect that at all."

Another serviceman was having his hair cut when he received text message alerts about the shooting, the outlet reported.

"We got a bunch of texts from on the ship and on the barge letting us know there's an active shooter alert," the service member said.

Three days before commemoration of attack

The incident took place three days before National Pearl Harbor Remembrance Day, when the nation commemorates those who died in the December 7, 1941 Japanese attack on Pearl Harbor that pushed the United States into World War II.

The base is home to the USS Arizona Memorial, which sees nearly 2 million visitors a year.

"The (Pearl Harbor Naval Shipyard) is a vital part of our Navy ohana, & we have generations of people, families, who work there," Chadwick said on Twitter. "Our security forces are working closely with agencies investigating this incident, and we are making available counseling and other support to those who need it after this tragedy."