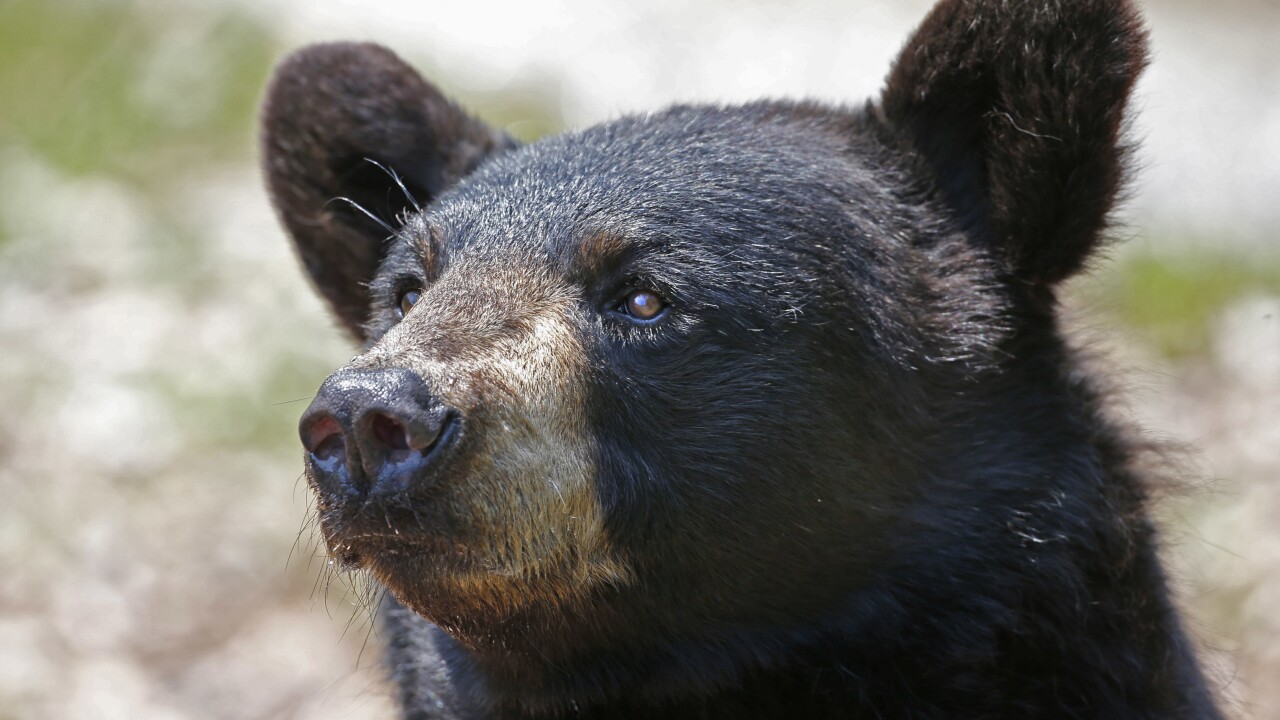 Copyright 2018 The Associated Press. All rights reserved.
Robert F. Bukaty/AP
FILE - In this July 25, 2014, file photo, a black bear in captivity awaits handouts at the the Maine Wildlife Park in Gray, Maine. The state's growing bear population may lead officials to tweak regulations. The annual bear hunt has long been a source of conflict between animal lovers and hunters in Maine, in part because the state allows hunting with methods such as laying bait and chasing with hunting dogs. (AP Photo/Robert F. Bukaty, File)

“Bears are NOT Billboards,” reads a social media post from a group that supports black bears in North Carolina.

They are referring to images of a black bear with a “Trump 2020” sticker on a tracking collar. The group, Help Asheville Bears-HAB, says this is the second time a collar has been defaced with “similar stickers.”

"Whoever put these political stickers on these bears is cruel and heartless," HAB wrote in a Facebook post.

According to the social media post, the person who took the images, Sheila Chapman, wrote, “These bears are already suffering enough with the heavy collars and metal ear mutilations. But to put a political sticker on the collar? No words can describe my anger and sadness.”

Chapman said she was on her front porch when she saw the bear.

Dr. Chris DePerno, who is part of the bear study program, told CNN that the researchers do not condone "anyone approaching a bear for any purpose" and called it "highly unethical to place any sticker on an animal."

HAB is offering $5,000 for information about the person responsible for the sticker.