Protests erupt across US following death of George Floyd

Some calling for peace after riots and looting

Protests pop up across country after George Floyd death 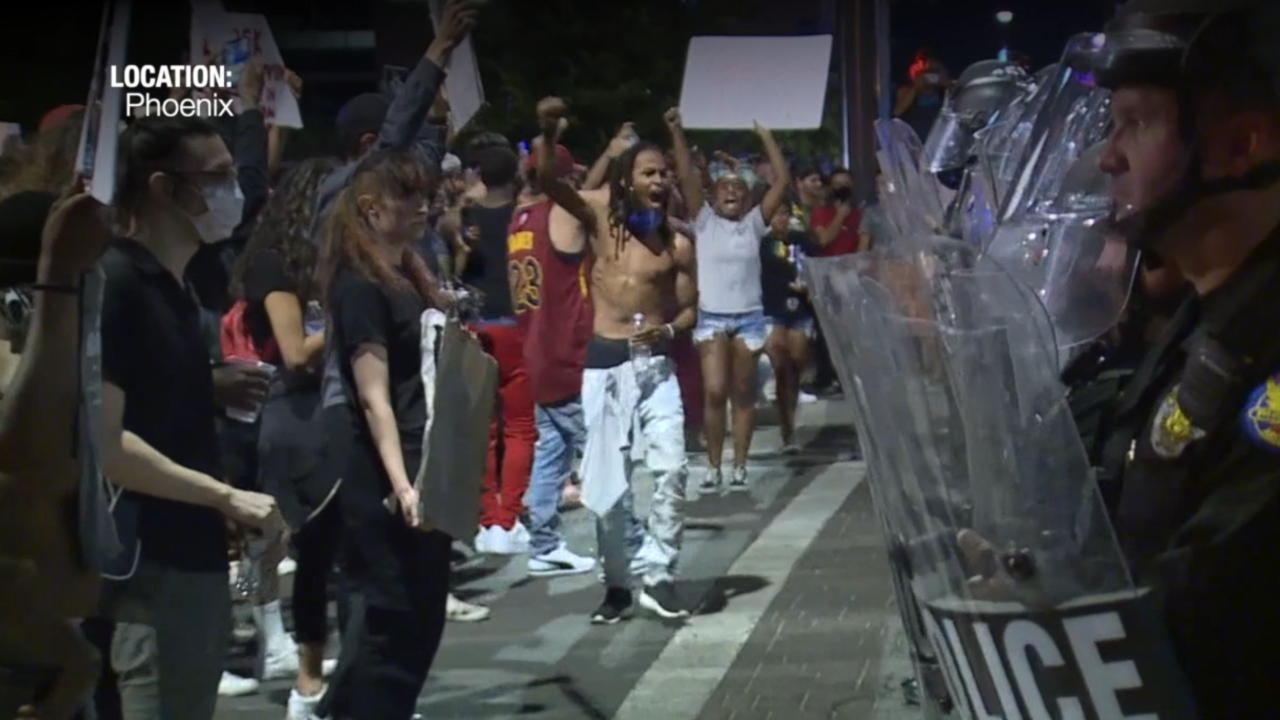 Protests are erupting across the country.

People are taking to the streets in major American cities calling for change after George Floyd, a black man, died in Minnesota after being restrained by a white police officer.

Cameras captured the Minneapolis police officer with his knee on Floyd’s neck with Floyd pleading, “I can’t breathe.”

Days after his death, Floyd’s words echoed through downtown Denver with hundreds of people coming together, creating a human wall and blocking freeway access.

“The fact that they say that they’re scared or whatever, mother (cuss word) don’t get the job,” said US Army veteran Aubrey Rose.

With an American flag hanging upside down on his shoulder, Rose has gone from defending his country to questioning those policing it.

“This is important because I risked my life to uphold the constitution and black people’s rights are being walked all over,” he said.

While Rose called what happened in Minnesota “ugly” and “unjust,” he believes these protests are both “beautiful” and “necessary.”

“It really makes me proud to be an American right now,” he said. “Even with everything going on people came out to support.”

Support by protesters making their voices heard. And as the crowd grew and protesters started yelling at police, law enforcement put on riot gear. People were quick to question that decision.

“Where was all your gear when (cuss word) white people were storming up to the (cuss word) capitol with AK-47s?,” asked one protester. “Black people peacefully protest and we are reprimanded for it.”

While holding signs saying black live matter and chanting blue lives murder, people stopped by this protest, started sitting on top of the cars, giving them a unique view.

“I feel like with this outbreak there’s going to be a lot of rebirth within the country,” one man said. “You can’t breathe sometimes but you must move forward.”

On Friday, the former officer seen kneeling on Floyd's neck, Derek Chauvin, was arrested and charged with the 36-year-old's murder and manslaughter.