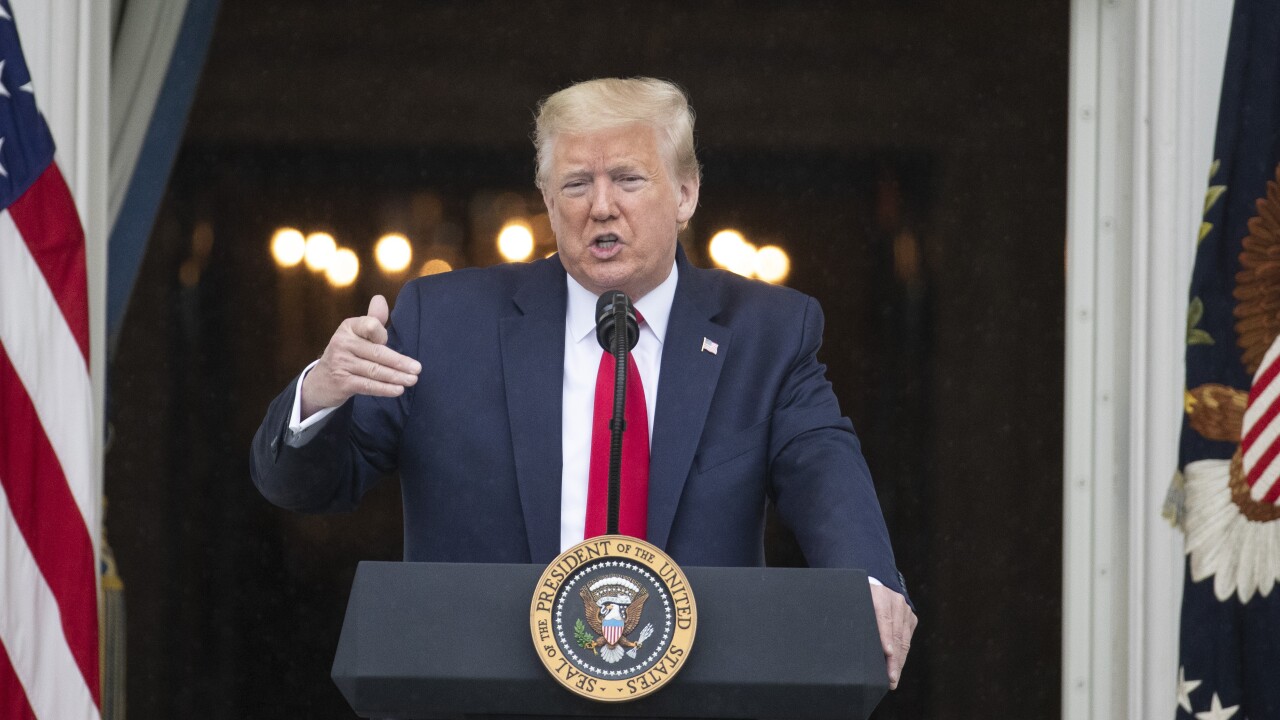 Copyright 2020 The Associated Press. All rights reserved.
Alex Brandon/AP
In this Friday, May 22, 2020, photo, President Donald Trump speaks during a "Rolling to Remember Ceremony," to honor the nation's veterans and POW/MIA, from the Blue Room Balcony of the White House in Washington. Trump booked back-to-back Memorial Day appearances despite the coronavirus pandemic, at Arlington National Cemetery and at a historic fort in Baltimore. (AP Photo/Alex Brandon)

President Donald Trump told reporters on Friday that he spoke to the family of George Floyd, a black Minnesota man who died on Monday while in police custody whose death sparked unrest throughout the US.

The president said that he conveyed his sympathy to the family. Trump did not say when the conversation took place.

Trump told reporters that the family was grieving.

Trump spoke out late Thursday about the unrest, which started to turn violence in several US cities. Trump’s comments were censored by Twitter early Friday for allegedly inciting violence. Trump's tweet included a controversial line "when the the looting starts, the shooting starts."

But Trump conceded that, “Certainly there were a lot of different people and there were good people too," Trump said of the protests. "They were protesting for the right reason."

When asked if he changed his mind about criticizing NFL players for peacefully protesting police brutality, Trump wouldn’t directly answer, but said he hopes protests can be peaceful.