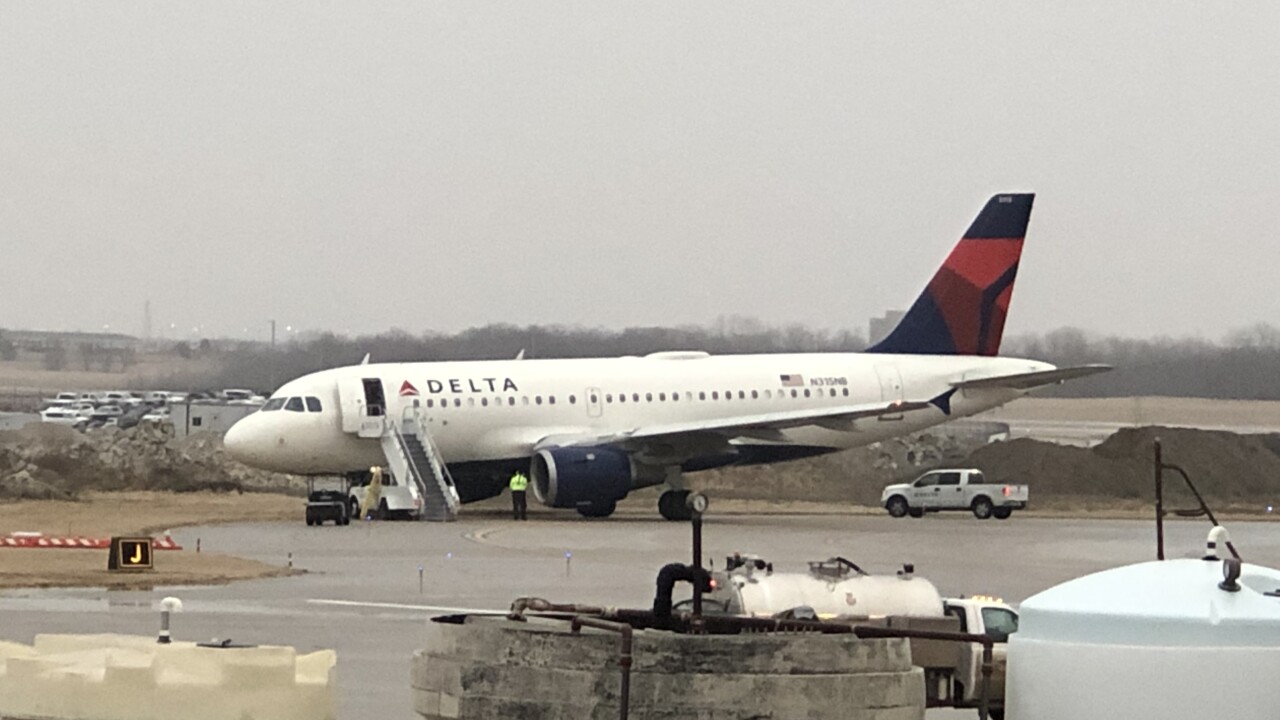 KANSAS CITY, Mo. — Icy conditions have started to cause problems at the Kansas City International Airport.

The airport closed due to the conditions, but not before one plane encountered some issues.

Delta Flight 1114 to Detroit carrying 129 passengers and crew slid off a taxiway just before 6:30 a.m.

An airport spokesperson said passengers on the flight were safely offloaded and bused to Terminal B. Crews will remove the airplane from the airfield later today.

A Delta Air Lines A319 slid off a taxiway. At @KCIAirport . No known injuries. More details to come.

The plan was taxiing from the terminal when one wheel went off the pavement.

No one was hurt in the incident and buses were brought out to unload passengers from the plane.

The airport reopened to all traffic just before 8 a.m.

This story was originally published on KSHB.com.