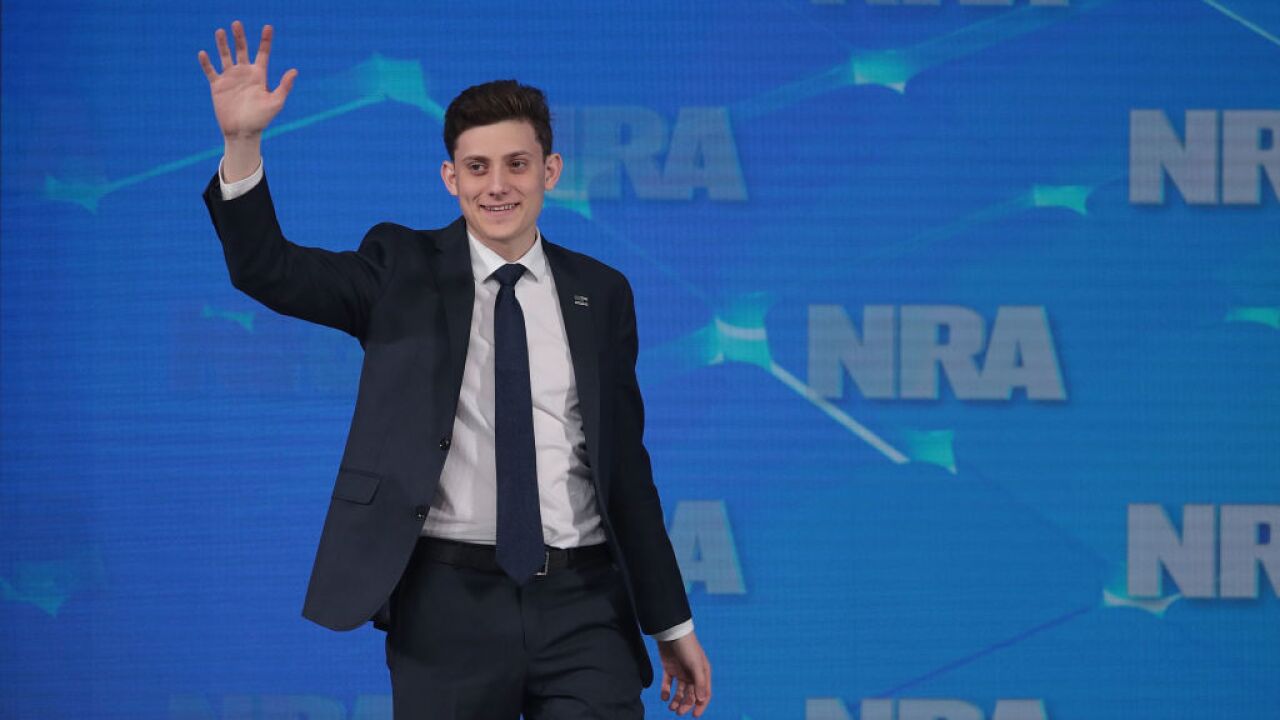 A Parkland shooting survivor and pro-Second Amendment activist said Harvard University rescinded his acceptance as a result of racist remarks he made before the 2018 massacre at Marjory Stoneman Douglas High School in Florida.

Kyle Kashuv disclosed the rescinding Monday in a Twitter thread, acknowledging that he and classmates, then 16, made "abhorrent racial slurs" in digital messages almost two years ago "in an effort to be as extreme and shocking as possible."

He wrote an apology for his remarks and posted a screenshot of what appears to be a June 3 letter from Harvard Dean of Admissions William Fitzsimmons, rescinding his admission.

CNN has reached out to Harvard University for comment.

"Harvard deciding that someone can't grow, especially after a life-altering event like the shooting, is deeply concerning. If any institution should understand growth, it's Harvard, which is looked to as the pinnacle of higher education despite its checkered past," Kashuv said on Twitter.

"Throughout its history, Harvard's faculty has included slave owners, segregationists, bigots and antisemites," he added. "If Harvard is suggesting that growth isn't possible and that our past defines our future, then Harvard is an inherently racist institution. But I don't believe that."

Kashuv is a young conservative with a following

Kashuv has built a profile as the conservative alternative to other visible, outspoken members of the #NeverAgain movement -- fellow Parkland students David Hogg, Emma Gonzalez and Cameron Kasky. He's been outspoken about his support for gun ownership while his classmates have called for more laws to be implemented in the wake of the February 2018 shooting, in which 17 people died.

Kashuv went to the White House in March 2018 to meet with first lady Melania Trump and had a surprise meeting with President Donald Trump.

While his classmates walked out of school in April 2018 to demand action on gun reform, the teen hosted an livestream with conservative commentators who discussed their support of the Second Amendment. He has more than 300,000 followers on Twitter.

A few weeks ago, Kashuv said, he became aware that "egregious and callous comments" he and other classmates "made privately years ago" were being made public.

"I immediately apologized," he said, saying he was "embarrassed" by the comments. He said the comments don't reflect who he is and "this past year has forced me to mature and grow."

"I see the world through different eyes and am embarrassed by the petty, flippant kid represented" in screenshots of the comments," he added.

Harvard said it became aware of his 'offensive statements'

In Kashuv's Twitter thread, he posted a May 24 letter from Harvard's Fitzsimmons saying the university had become aware "of media reports discussing offensive statements allegedly authored by you."

The letter added that "Harvard reserves the right to withdraw an offer of admission under various conditions, including 'if you engage or have engaged in behavior that brings into question your honest, maturity, or moral character.'"

Kashuv said that in response to a request from the Harvard admissions committee he wrote back with a "full explanation, apology and requested documents" and also sent an email to the school's Office of Diversity Education & Support "to seek guidance on how to right this wrong and work with them once I was on campus."

But the Harvard admissions committee still voted to deny him admission, he said.

In an ironic twist, he said the school's Office of Diversity Education & Support responded to his apology the next day, saying it appreciated his "thoughtful reflections" and looked forward to connecting with him "upon your matriculation in the fall of 2020."

Kashuv said he then asked for a face-to-face meeting to make his case and "work towards any possible path of reconciliation," but Harvard declined his request.

"I believe that institutions and people can grow. I've said that repeatedly. In the end, this isn't about me. It's about whether we live in a society in which forgiveness is possible or mistakes brand you as irredeemable, as Harvard has decided for me," Kashuv said.

In his final Twitter post Monday morning, Kashuv said he's still trying to figure out his next steps.

"I had given up huge scholarships in order to go to Harvard, and the deadline for accepting other college offers has ended. I'm exploring all options at the moment."

Three months after being admitted to Harvard Class of 2023, Harvard has decided to rescind my admission over texts and comments made nearly two years ago, months prior to the shooting.

I have some thoughts. Here’s what happened.