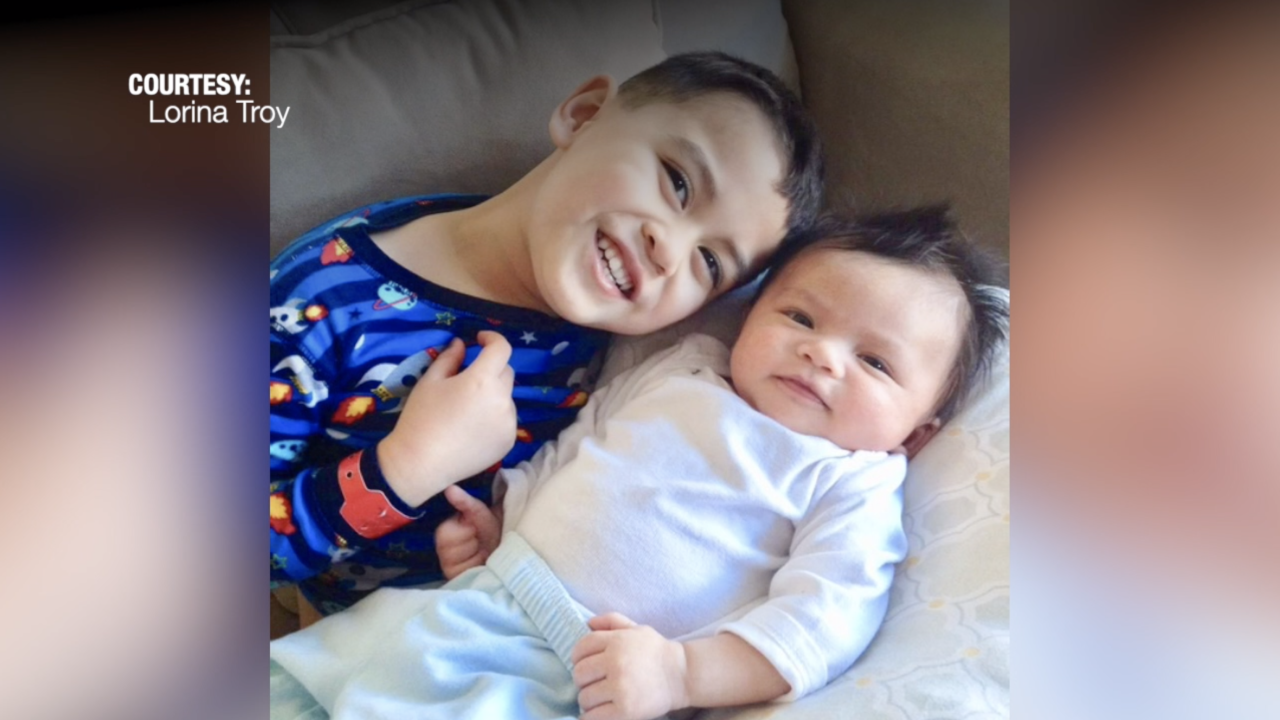 Lorina Troy is on a mission to make sure what happened to her doesn’t continue happening to others.

“My children were wrongfully taken from me for five months and placed into the foster care system,” Lorina Troy said.

Five years ago, in Austin, Texas, doctors found fluid inside the head of Troy's second-born son, JJ. She says they automatically assumed it was Shaken Baby Syndrome.

“I told the pediatric neurosurgeon, ‘My son has never been hurt in any way, could this be something else?' And he told me, ‘Yes, but since he’s a baby and can’t talk, we’re just going to go with abuse’ and he just walked away,” Troy said.

Soon after, JJ, and the Troy's four-year-old son were taken away by Child Protective Services.

“As a mother, you get so used to seeing your children everyday – you know they’re smiling and laughing – and that was what was so hard. You just come home to an empty house, and your children… they’re just not there,” Troy said.

It took five months for Troy and her husband, Jason, to get their kids back. And two more years passed before JJ was properly diagnosed with Benign External Hydrocephalus. It’s a rare condition where spinal fluid can build outside of the brain, leading to swelling.

“When you go through this type of a situation, you don’t really know what to do. Like I was taking my son to all different types of doctors,” Troy said.

To make matters even more complicated, The Troys also had to prove their innocence. They spent $80,000 dollars in attorney fees, had to sell their house and Jason lost his job. It took more than two years and the accurate diagnosis for the couple to finally be cleared of all charges. Troy says the whole ordeal led her to action, and taught her there are other families in the same situation .

Troy is now working with Texas lawmakers to pass a bill that would allow parents to get a second opinion from an independent medical expert before a child can taken out of the home. But she’s not stopping with Texas. Troy is already meeting with representatives in California, and she plans to make her way around the country raising awareness about her family’s case.

In California, Robert Fellmeth is the Director of the Children’s Advocacy Institute at the University of San Diego. He says a misdiagnosis is not common, but he has heard of it happening.

“To remove a child from a parent and then to terminate parental rights, that has to be clear and convincing evidence," Robert Fellmeth said.

Although court systems vary from state to state, he says a mandatory second opinion is something he would support anywhere.

“I would support a bill that makes sure there’s going to be money and resources available if either the parent’s attorney or the child’s attorney wants an additional – one or even two – diagnoses from independent experts to verify the initial diagnosis as a result of the removal,” Fellmeth said.

Fellmeth believes a case like Troy’s is more likely to happen when a child doesn’t have legal representation. Right now, not all states guarantee children their own attorney in these cases. Often it’s the judge who makes the legal decisions on behalf of the child.

“If the kid has an attorney, they’re gonna be saying ‘what, you mean there’s a possibility of another diagnosis and you don’t have to remove the kid? Do it’. That’s what the child attorney would be saying,” Fellmeth said.

However, if the child is in fact being abused, Fellmeth says child welfare workers need to move quickly.

“I definitely sympathize with any parent who loses their child to a misdiagnosis by child welfare folk – that would be terrible, horrible, nightmare – I’m also very well familiar with the counter nightmare that exists when you don’t remove a child, and they then die,” Fellmeth said.

However, JJ was a baby in a healthy family. Troy and her husband worked hard to prove JJ was never harmed and they believe that second opinion is the key to helping other children get diagnosed accurately.