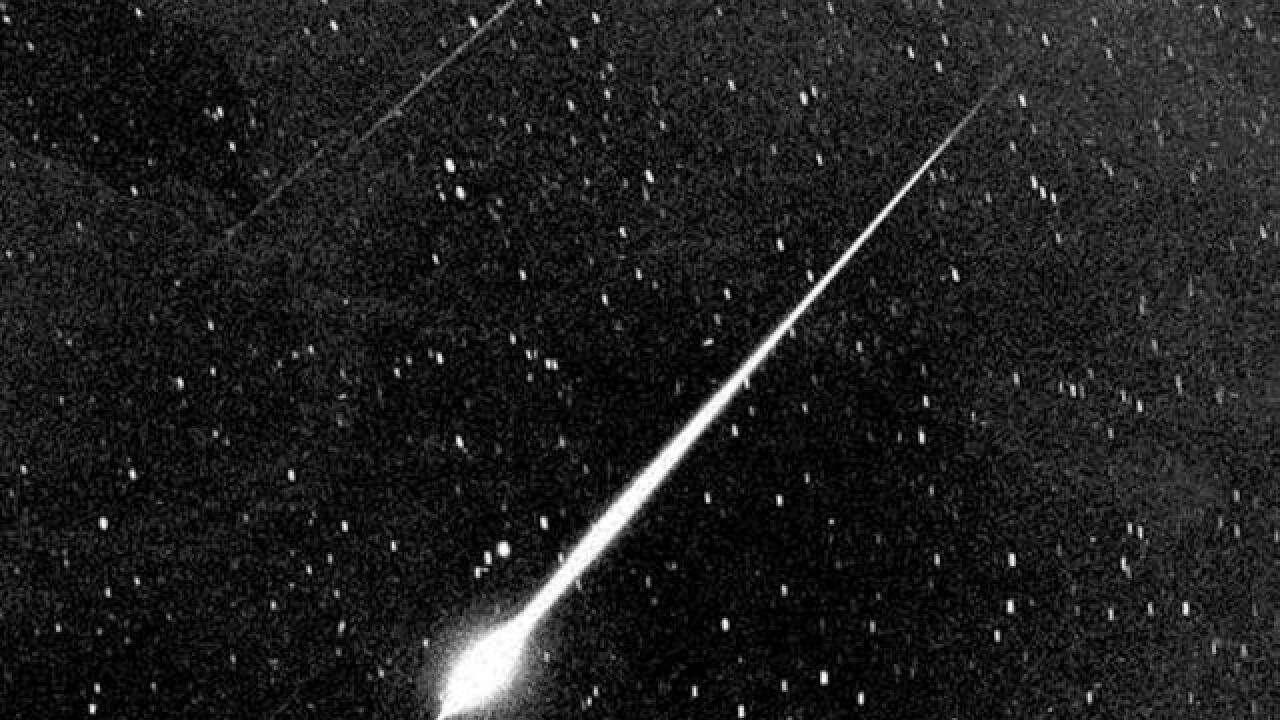 Here's a good reason to look up to the sky Monday night: the Orionids meteor shower is expected to peak overnight into Tuesday morning.

According to the American Meteor Society, 15-20 meteors per hour are expected at the peak time on Tuesday, October 22.

Unfortunately, the moon will be bright in the sky for many, which may make it difficult to see the meteors when the shower reaches its peak. However, stargazers may also spot “shooting stars” in the coming day, just less frequently.

As always, the visibility of the meteor shower depends on several factors, like weather conditions and the location of the person. It's easier to see a meteor shower when you're away from city lights.

The American Meteor Society says remnants from this meteor shower come from Halley’s Comet. The shower gets its name because meteors seem to fan out from a region to the north of Orion’s second brightest star, according to Space.com .

If you miss tonight's light show, the American Meteor Society says the Geminids meteor shower, which is usually the most active, is set to happen in mid-December.

This story was originally published by staff at KNXV.