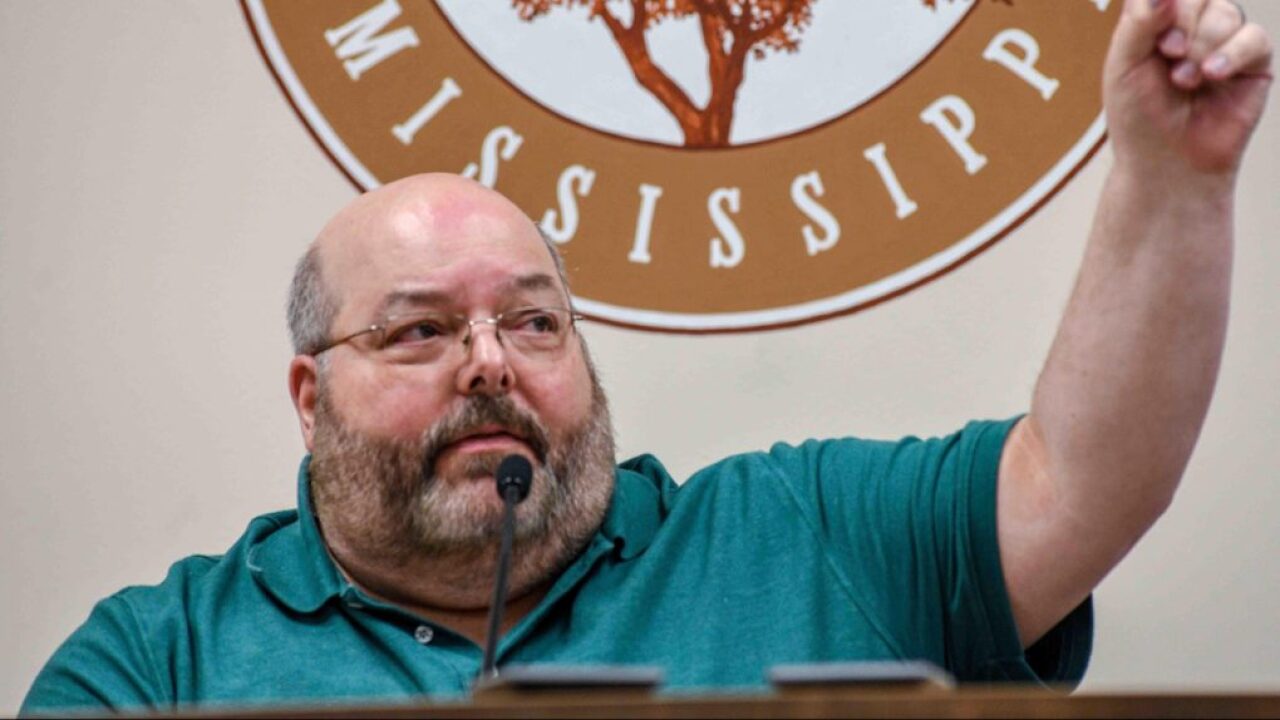 Cam Bonelli/AP
Petal Mayor Hal Marx raises his hand and refuses to resign at a special board of aldermen meeting at Petal City Hall, Thursday, May 28, 2020, in Petal, Miss., over comments he made about the death of Minneapolis man George Floyd at the hands of police, on social media. (Cam Bonelli/Hattiesburg American via AP)

PETAL, Miss. (AP) — A Mississippi mayor whose remarks about the death of George Floyd in Minneapolis police custody sparked outrage is resisting calls to resign.

Petal Mayor Hal Marx tweeted about the case on Tuesday, saying he "didn't see anything unreasonable" and that Minneapolis police were "being crucified."

The Republican says his remarks were misconstrued as racist and that he wanted people to see all the facts before judging police.

His comments drew condemnation from professional athletes with ties to Petal, a town near Hattiesburg.

The town board of aldermen unanimously called for his resignation Thursday, echoed by residents.

Marx said he would "never surrender to the mob mentality."