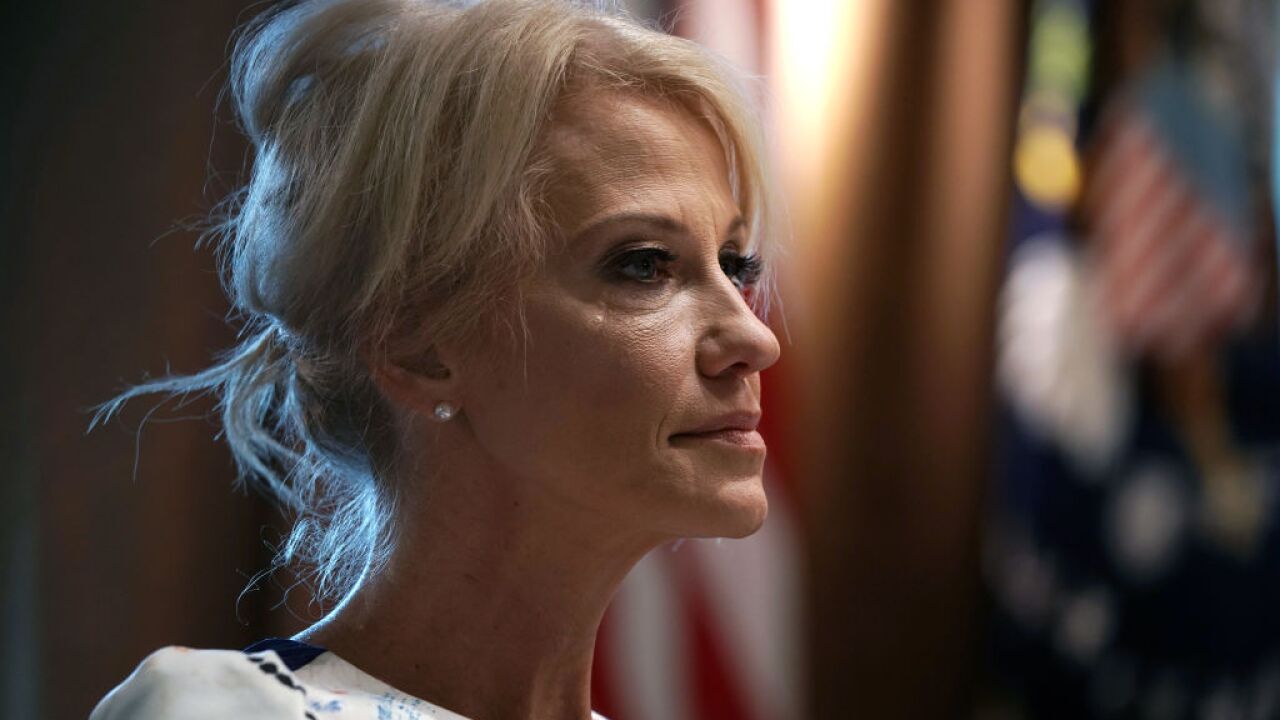 The House Oversight Committee voted on Wednesday to subpoena testimony from White House counselor Kellyanne Conway after a federal agency recommended that she should be fired for repeatedly violating a law that limits the political activities of federal employees.

Chairman Elijah Cummings, Democrat of Maryland, has warned that his panel would vote to hold Conway in contempt if she ignores the subpoena, which could set up another challenge in court between Congress and the Trump administration. Conway did not appear on Wednesday on the advice of White House counsel for the committee's scheduled hearing.

The vote was 25 to 16, with Democrats and Rep. Justin Amash, Republican of Michigan, voting to subpoena Conway.

"This is not a conspiracy to silence her or restrict her First Amendment rights," Cummings said. "This is an effort to enforce federal law."

"Nobody in this country is above the law," added Cummings.

Earlier this month, the independent Office of Special Counsel sent the Trump administration a letter outlining Conway's "numerous violations" of the Hatch Act, finding that from February to May she publicly criticized the field of Democratic presidential candidates and sought to boost the Trump campaign while in her official role at the White House.

Special counsel Henry Kerner on Wednesday said the office did not make its recommendation "lightly," saying Conway's conduct sent a "false message" to other federal employees that they don't need to abide by the Hatch Act.

Trump has said that he's not going to fire Conway over the alleged Hatch Act violations and White House counsel Pat Cipollone said in a letter Monday that Conway does not need to testify before Congress.

"As you know, the precedent for members of the White House staff to decline invitations to testify before congressional committees has been consistently adhered to by administrations of both political parties, and is based on clearly established constitutional doctrines," Cipollone wrote.

The office has found that she had made similar offenses before. In 2018, the OSC said Conway violated the law during the 2017 Alabama special election for Senate.

Rep. Jim Jordan, the top Republican on the oversight committee, called the allegations "ridiculous" and claimed that the special office felt "slighted" by Conway's dismissal of the Office of the Special Counsel.

Jordan said that Democrats "want to focus on Kellyanne Conway's tweets" rather than "issues that matter to Americans."

"That's the obsession you have with going after this president." added Jordan.