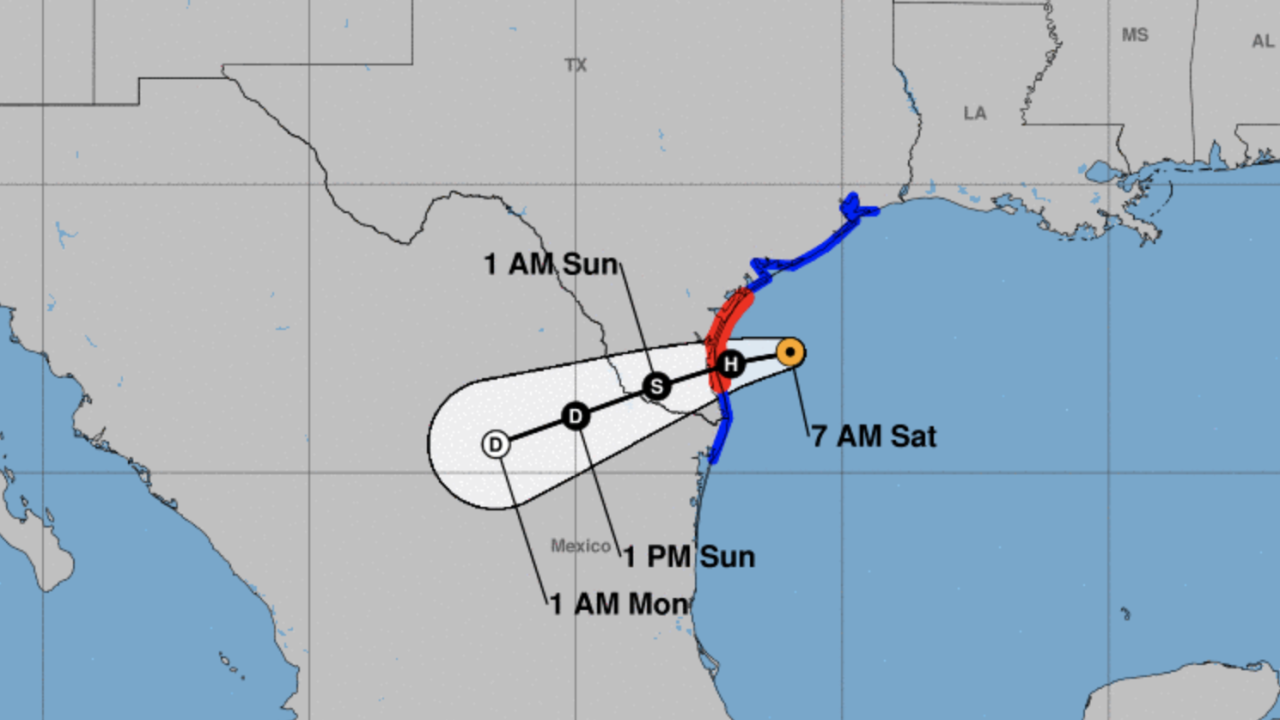 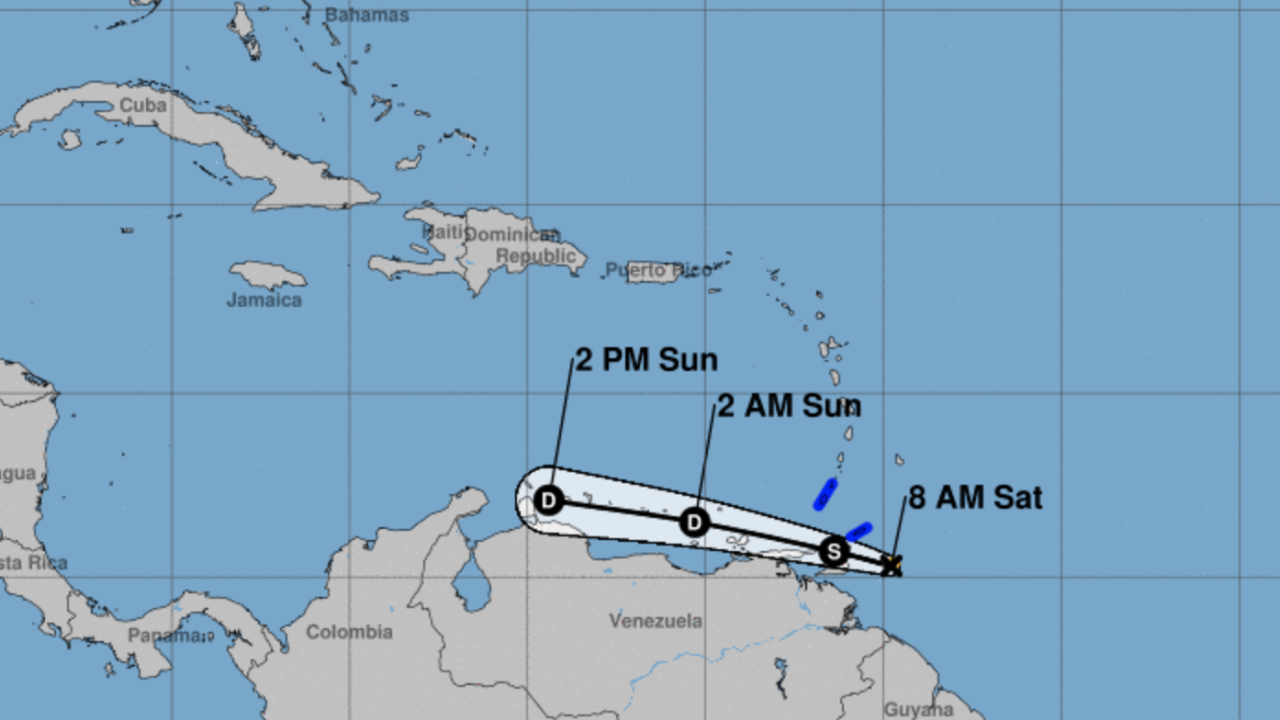 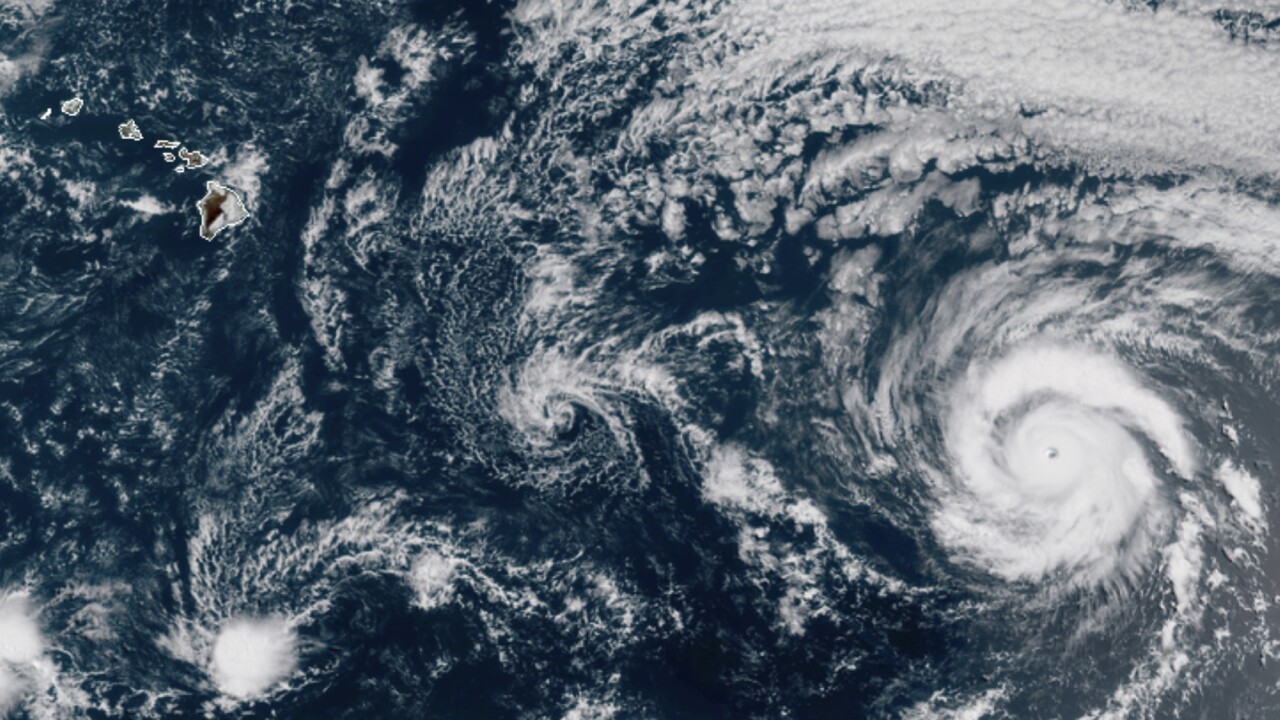 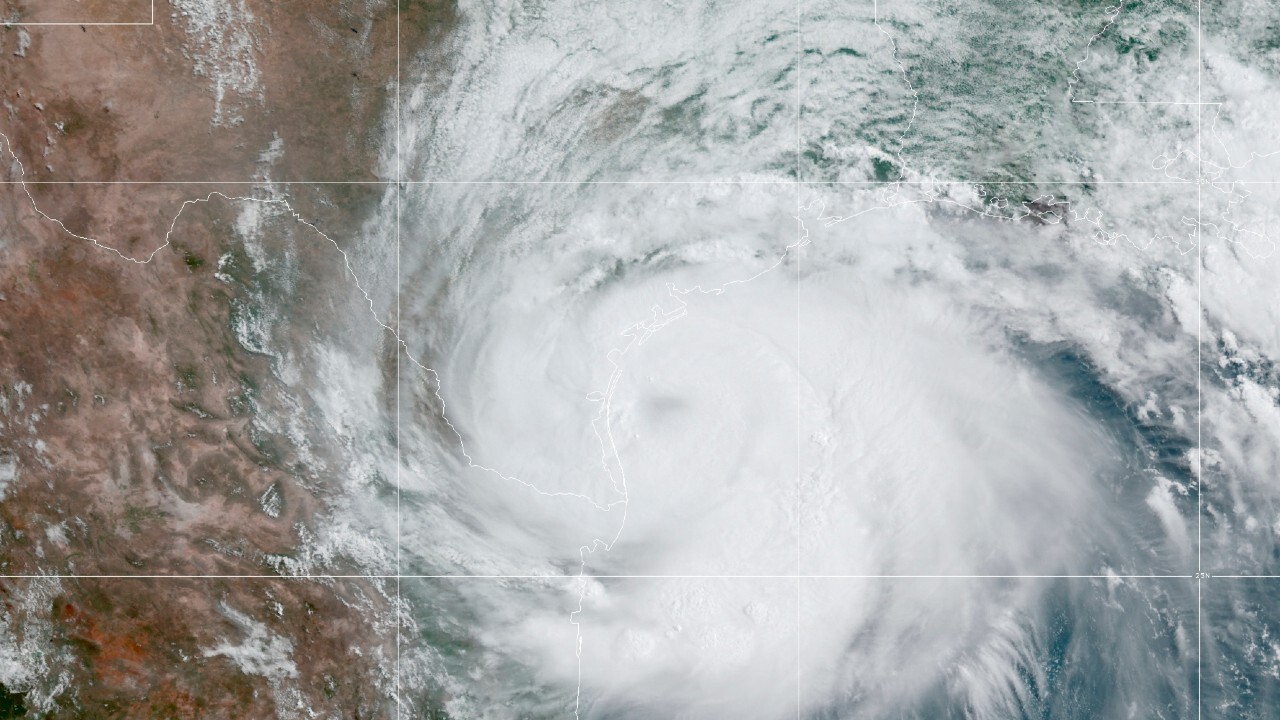 Three different storm systems are threatening different parts of the United States and the Caribbean this weekend.

Hanna becomes hurricane as it bears down on Texas

Hurricane Hanna made landfall on Texas’ Padre Island Saturday afternoon. The National Hurricane Center says the storm made landfall about 15 miles north of Port Mansfield with maximum winds of 90 mph.

Hanna was upgraded to a hurricane Saturday morning as it moved toward the Texas coast, becoming the first hurricane of the Atlantic's 2020 season.

Meteorologists say the biggest concern from Hanna is expected to be flash flooding. Up to a foot of rain and storm surge up to 5 feet is forecast for some areas.

Local officials on Saturday asked residents to stay home and ride out the storm, but to also be mindful of the coronavirus pandemic.

Officials said Friday that they were confident they'd be able to cope with the one-two punch of the storm and the state's surge in COVID-19 cases.

Hurricane Douglas bears down on Hawaii

Hurricane Douglas in the Pacific Ocean is presenting new challenges to officials in Hawaii who are long accustomed to tropical storms.

Honolulu authorities are preparing extra shelter space so people can maintain physical distance from others during the COVID-19 pandemic.

Evacuees at Honolulu shelters will have their temperatures taken. Those with high temperatures or with a travel or exposure history will either be isolated at that shelter or taken to a different site. Officials are also reminding residents to make sure they have masks and hand sanitizers in their emergency supply kits.

The National Weather Service on Saturday issued a hurricane warning for the island of Oahu, where the state’s largest city, Honolulu, is located.

Maximum sustained winds decreased to about 90 mph by midday Saturday, making Douglas a Category 1 hurricane. The storm is expected to be near the main Hawaiian islands late Saturday and move over the state Sunday and Monday.

Tropical Storm Gonzalo is still on track to move across the southern Windward Islands later Saturday.

Gonzalo is forecast to bring 1 to 3 inches of rain, with isolated totals of 5 inches.

A tropical storm warning was in effect for Tobago and Grenada and its dependencies.

The storm was expected to dissipate by Sunday night or Monday, forecasters said.