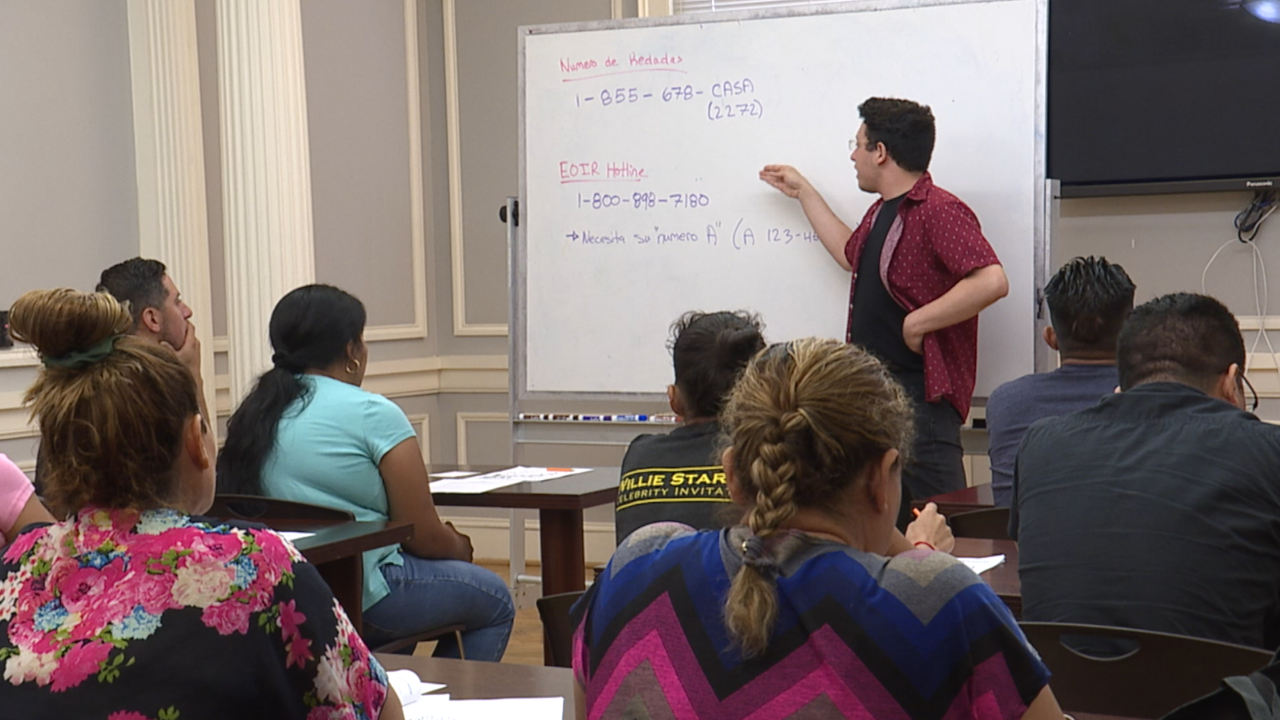 An immigration advocacy group is working to help undocumented immigrants know their rights if they come in contact with immigration officials.

This comes as President Trump gave Congress two weeks to come up with an immigration deal. If one is not reached, the president says he’ll move forward with his plans to hold immigration raids and mass deportations.

We Are Casa members are holding free classes every week to teach immigrants their rights if they come in contact with U.S. Immigration and Customs Enforcement (ICE) officers.

“I think there is a great sense of fear in the community around the fact their families could be targeted by ICE,” Nick Katz, a We Are Casa immigration attorney, says.

One woman seeking help says she became so desperate to escape poverty in Guatemala she spent an entire month on a bus traveling to the United States, hoping to find a better life for her children. The woman, who did not want to be identified by name, worries about what would happen to her children if she gets caught up in an immigration sweep.

The mother fears being deported and separated from her children

Many of those who have attended these classes now only leave their home when they absolutely have to, skipping out on seeing friends, going to church and, in some cases, even going to the doctor.

Casa workers are now going into those scared immigrant communities and passing out cards, which include advice on what to do if they come in contact with an immigration agent.

While the president has postponed plans for nationwide immigration raids, he says they're still on the table if congress doesn't act quickly. Trump supporters want him to stick to his promise.

“They have no legal right whatsoever to stay in the country, so deporting them, making an effort to deport them, I think is not only appropriate, but it would demonstrate the seriousness which the U.S. should take in enforcing immigration laws,” says James Carafano with conservative group The Heritage Foundation.

Meanwhile, with a divided Congress and a short two-week deadline, it's a long shot that lawmakers will pass any meaningful immigration changes, leaving many guessing if the president will go through with his immigration raid ultimatum.