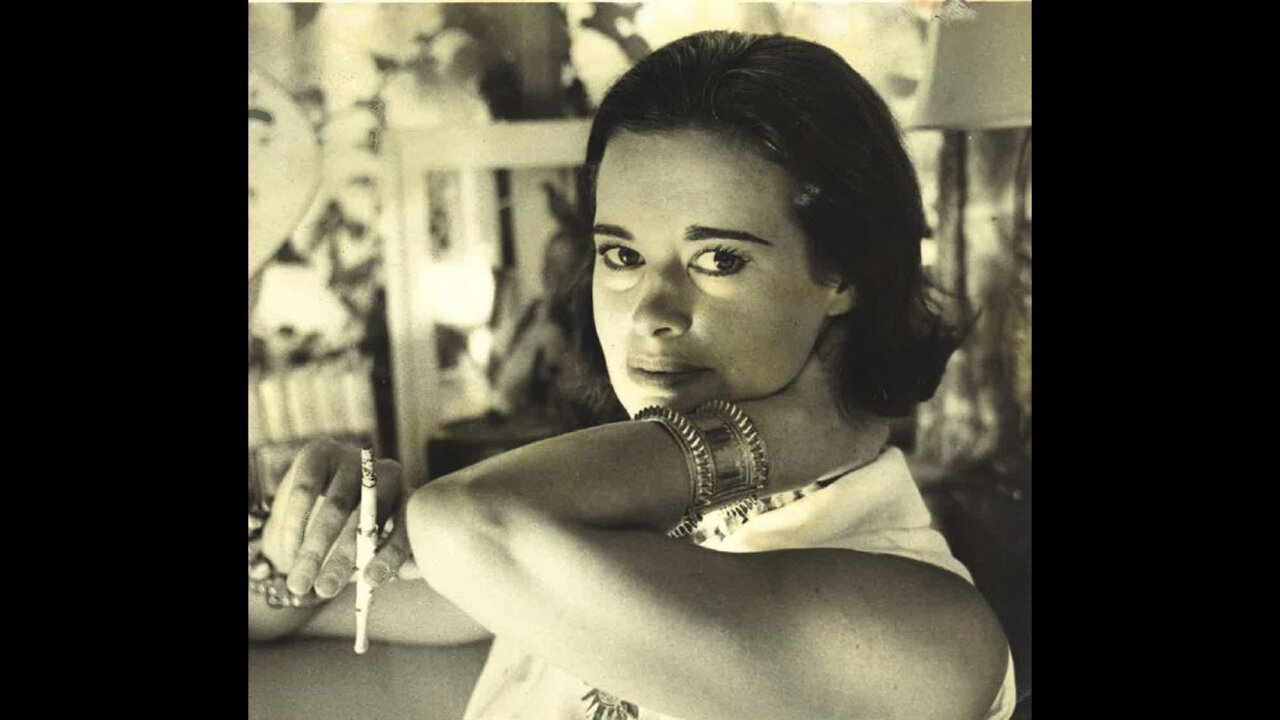 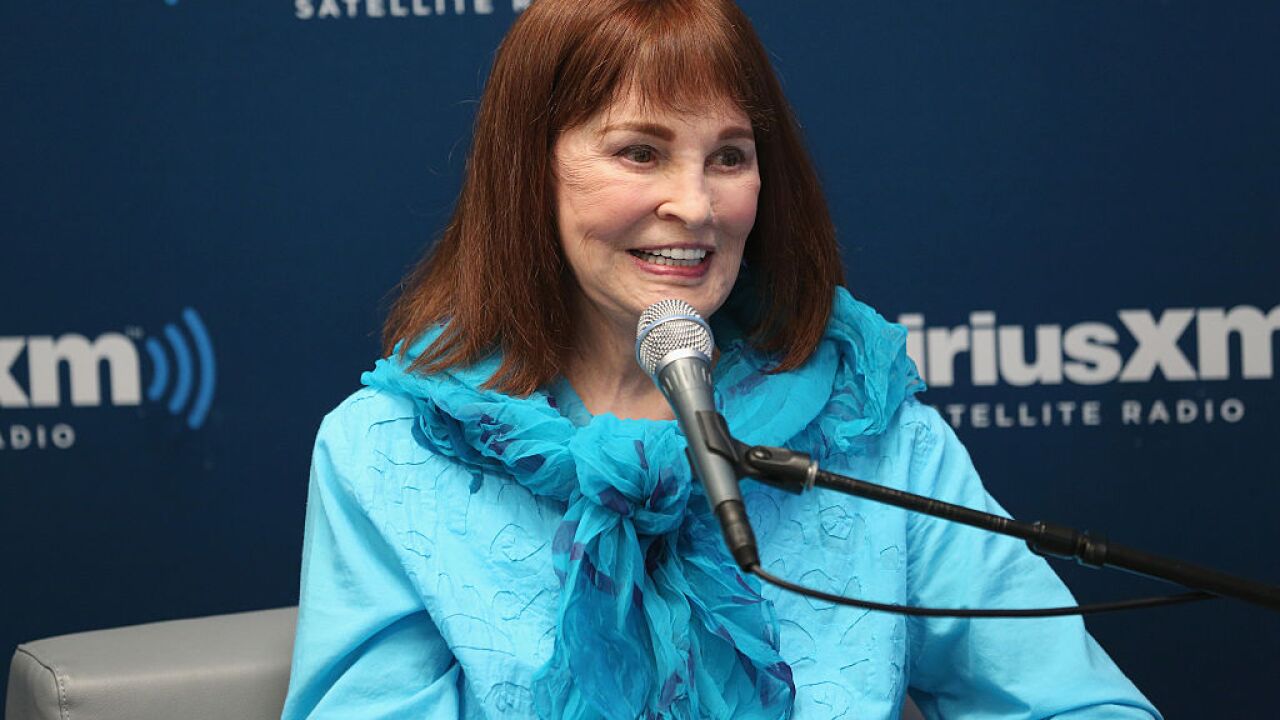 Gloria Vanderbilt died Monday morning, according to her son, CNN's Anderson Cooper. The fashion designer, artist and socialite was 95.

She died at home with friends and family at her side.

"Gloria Vanderbilt was an extraordinary woman, who loved life, and lived it on her own terms," Cooper said in a statement. "She was a painter, a writer and designer but also a remarkable mother, wife, and friend.

"She was 95 years old, but ask anyone close to her, and they'd tell you: She was the youngest person they knew -- the coolest and most modern."

In the spotlight from the start

Born in New York in 1924, Gloria Laura Morgan Vanderbilt grew up in France. Her father, financier Reginald Vanderbilt, the heir to a railroad fortune, died when she was a baby.

Gloria was the focus of media attention at an early age, dubbed "the poor little rich girl" amid an intense custody battle between her mother and her father's enormously wealthy sister, Gertrude Vanderbilt Whitney. Her aunt prevailed in court proceedings.

"As a teenager she tried to avoid the spotlight, but reporters and cameramen followed her everywhere," Cooper said. "She was determined to make something of her life, determined to make a name for herself, and find the love she so desperately needed."

Her first marriage was to Hollywood agent Pat DiCicco in 1941, when Vanderbilt was 17.

At 21, she took control of a $4.3 million trust fund her father had left her. She divorced DiCicco two months later, promptly remarried -- this time, to conductor Leopold Stokowski, who was 63 at the time.

"I knew him for a week and married three weeks later," she once told Cooper during an interview.

Asked if her friends thought it was weird that she had fallen for a man four decades her senior, she said, "It didn't matter to me."

An artist at heart

With Stokowski, she began pursuing her passions, beginning with her artwork, which she first put on exhibit in 1948. She had two sons with Stokowski: Leopold Stokowski was born in 1950, and Christopher Stokowski in 1952.

In 1954, she made her stage debut in a production of the romantic drama, "The Swan," at the Pocono Playhouse in Mountainhome, Pennsylvania. She published a book of poetry the following year, the same year she divorced Stokowski.

She found love again in Hollywood with director and producer Sidney Lumet, who would go on to earn multiple Academy Award nominations for films such as "12 Angry Men," "Dog Day Afternoon" and "Network."

The two married in 1956. Following their divorce in August, Vanderbilt married for a final time on Christmas Eve of that year. With writer Wyatt Cooper, she had two more sons: Carter Cooper in 1965 and Anderson Cooper in 1967.

Vanderbilt found another avenue for her creativity in the years that followed. Tapping her artwork as a muse, she produced fashion and textile designs that would earn her the 1969 Neiman Marcus Fashion Award, before opening the door to a line of ready-to-wear garments in the mid-1970s.

Under her GV Ltd. brand, she'd go on to sell millions of pairs of jeans bearing her trademark swan logo.

"If you were around in early 1980s it was pretty hard to miss the jeans she helped create, but that was her public face -- the one she learned to hide behind as a child," Anderson Cooper said. "Her private self, her real self -- that was more fascinating and more lovely than anything she showed the public.

Tragedy struck the family in 1988 when Carter Cooper, 23, jumped from the 14th-floor terrace of his parents' penthouse in the Yorkville neighborhood of Manhattan's Upper East Side. Carter had suffered with depression.

The following years were rough ones for Vanderbilt. On top of coping with the loss of a son, her lawyer and psychiatrist bilked her out of millions. She successfully sued them, but still had to sell her mansion in the Hamptons and a five-story Manhattan penthouse to pay debts.

In 1995, she moved in with Anderson Cooper and began working on a book, "A Mother's Story," which published in 1996. The book documented her grief after Carter's death. Despite her struggles, she always welcomed stories about her boy, she told People in a 2016 interview.

People "will start to talk about him and then say, 'Oh, I'm sorry,' and I say, 'No, I love to talk about him. More, more, more' -- because that brings him alive and it brings him closer and it means that he hasn't been forgotten," she told the magazine, Anderson Cooper by her side.

Jones Apparel Group bought Gloria Vanderbilt Apparel Corp. in 2002 for $138 million, and Vanderbilt delved wholesale back into her love for art and writing.

She put 25 oil paintings on exhibit in Manchester, Vermont, in 2007, and in 2012, staged "The World of Gloria Vanderbilt: Collages, Dream Boxes and Recent Paintings" at the New York Design Center.

Her relationship with her now-world famous CNN anchor son was memorialized in a 2016 HBO documentary, "Nothing Left Unsaid: Gloria Vanderbilt & Anderson Cooper," which premiered at the Sundance Film Festival. Later that year, the pair published a joint memoir, "The Rainbow Comes and Goes: A Mother and Son on Life, Love, and Loss."

Of his mother's extraordinary life, Anderson Cooper said, "I always thought of her as a visitor from another world, a traveler stranded here who'd come from a distant star that burned out long ago. I always felt it my job to protect her."