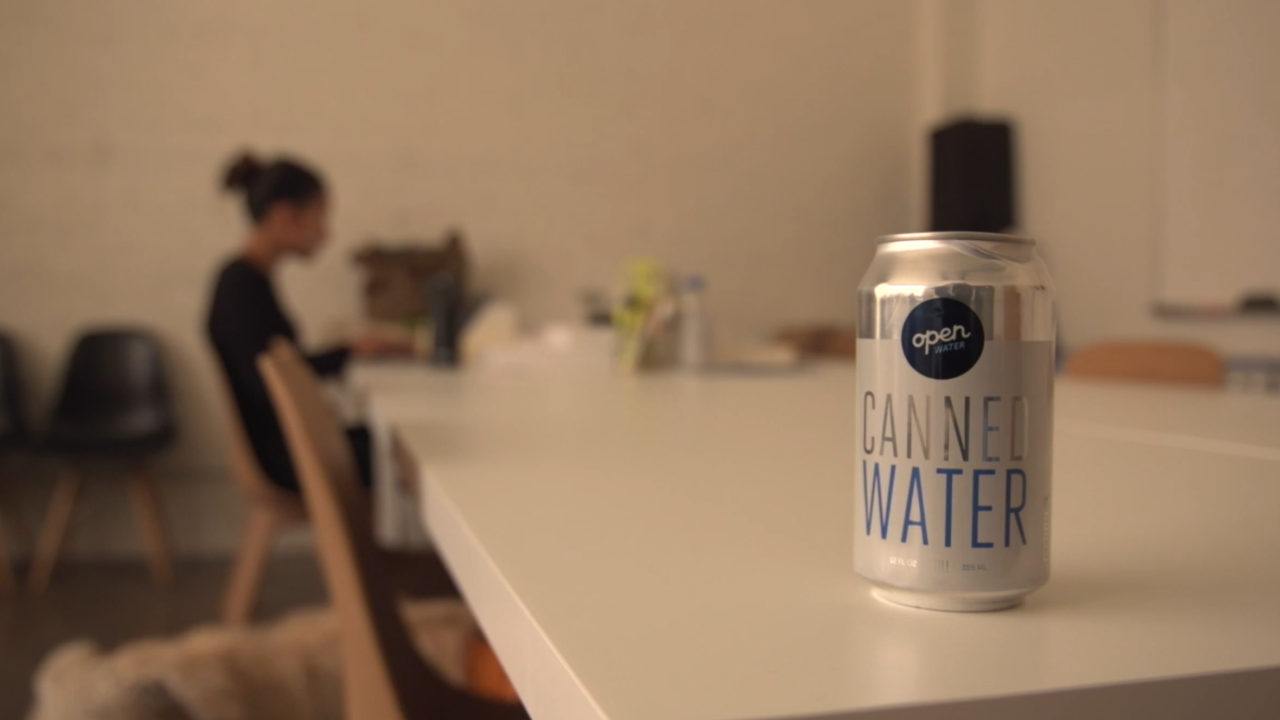 The push to create environmentally-friendly products and to cease using single-use plastics is only gaining steam.

“Cans are recycled more often more efficiently than any other packaging material out there,” explains Open Water co-founder Nicole Doucet. “They don’t lose any quality in the process, so they can be recycled over and over again which is really cool.”

The problem with plastic is that lately, even when tossed in a recycling bin, it isn’t always re-used. That’s because there aren’t enough facilities in the U.S. to process all the wasted plastic.

Another problem with plastic?

“They often don’t make it to recycling bins, so people just throw them in the trash or in the streets,” Doucet says.

Open Water began five years ago, but only recently have sales really taken off. They credit an environmentally-conscious public.

Just this week, Coca-Cola announced its flagship water brand Dasani would soon be sold in aluminum in addition to the traditional plastic, and companies like Coors are experimenting with ditching plastic rings for ones made out of biodegradable material

While those companies will now be a competitor of Open Water, the company’s founders say the end result is a less polluted planet.

“Well I think it’s awesome,” Doucet says of the companies’ efforts to reduce plastic waste. “We started this company with idea we wanted to make a difference, and if we are pushing larger companies to go this way too, then I think it’s incredible. A great result for everyone.”