Breast implant illness: The sickness behind the rising number of women getting 'explants' 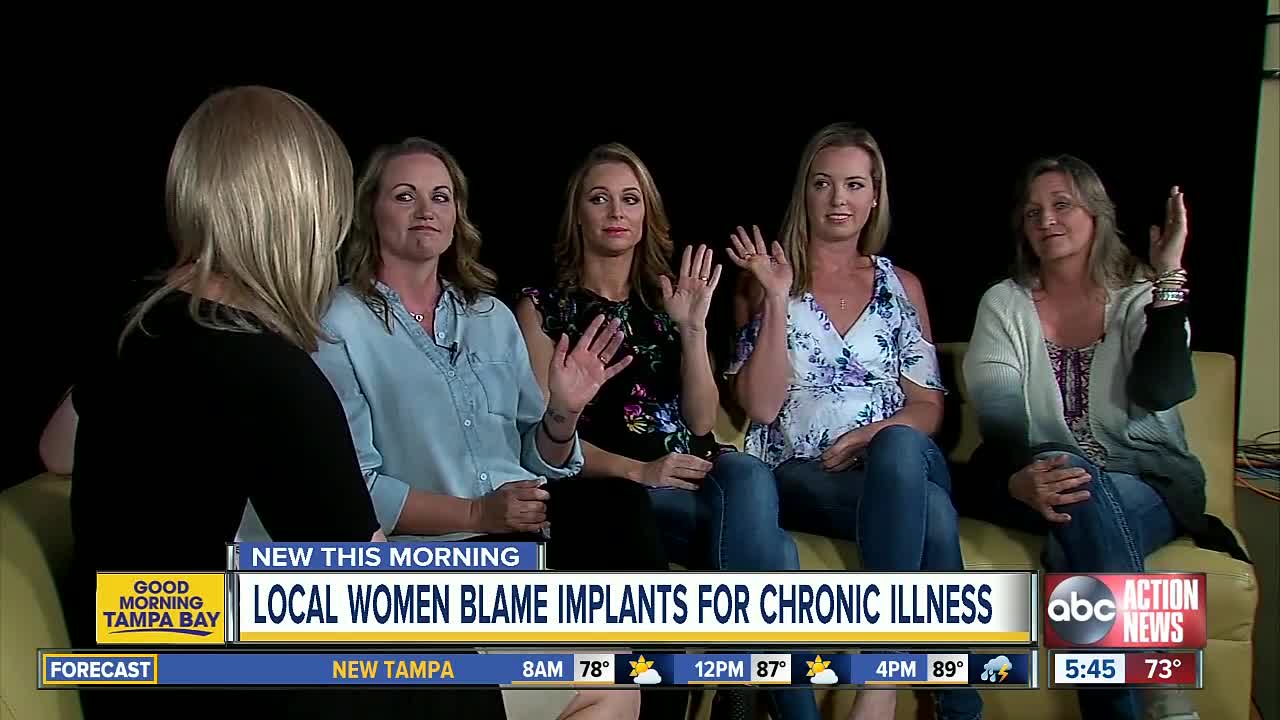 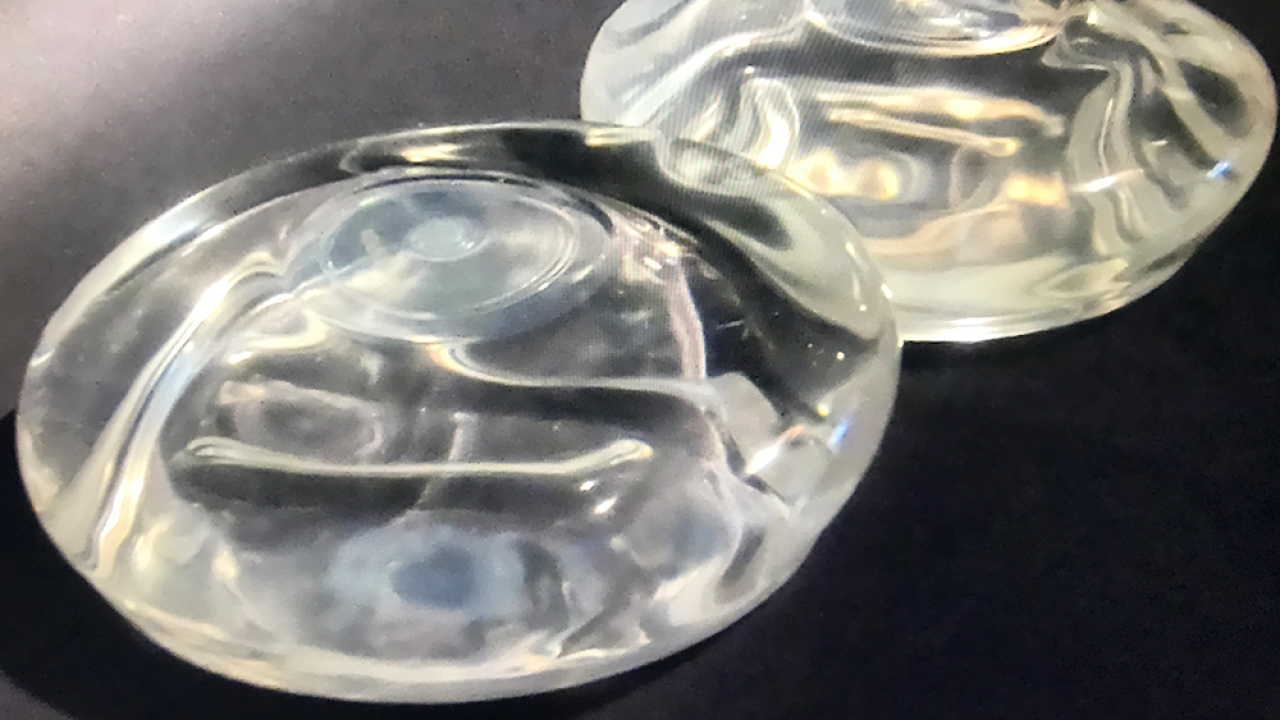 TAMPA, Fla. — A growing number of women across Florida and the country are undergoing surgery to remove their breast implants as more patients claim their implants are making them sick, a WFTS review found.

Breast augmentation is still America’s most popular plastic surgery and more than 300,000 U.S. patients had the procedure last year alone.

But explant procedures, the surgery to remove implants, are also on the rise.

In 2008, the American Society of Plastic Surgeons reported 20,967 women had implants removed. A decade later, that number increased by more than 8,000.

“It came as a shock to me — being a plastic surgeon — to see the amount of women coming to my practice with the multitude of symptoms, and thinking it might be their breast implants,” said Dr. Dave Rankin of Aqua Plastic Surgery in Jupiter, Florida.

After 15 years in the business, Rankin said he now sees more demand for explant surgeries than implants and told WFTS he performed at least 400 explants last year.

Many explant patients are reporting being sickened by so-called "breast implant illness." Reported symptoms include headaches, rashes, chronic fatigue, fevers, brain fog and joint pain. But the illness is not officially recognized by doctors or the U.S. Food and Drug Administration.

“I was a skeptic at the beginning and then I became a believer,” Rankin said. “The best candidate in my practice are patients that are very, very sick. They’ve tried everything else. They’ve been to a million different doctors, done hundreds of blood tests. Nothing comes back and this is, ‘OK well let’s try (removing the implants)’ and, fortunately, many of those patients do get better.”

But even Rankin isn’t exactly sure what’s causing this mysterious illness.

“Additional research and study is absolutely necessary,” he said.

Leara Marshall said she doesn’t need a study to know she felt better after having her implants removed.

Marshall said she wanted to improve her self-esteem when she got implants in 2002 and said she knew something was wrong as soon as she woke from surgery.

“I was already getting symptoms because they were hardened and painful within the first six months,” Marshall said.

Boyer described how she had little energy, pain and struggled to take care of her two young children who she said asked her, “When are you going to stop being sick?”

Haley Miller said she was diagnosed with chronic fatigue syndrome, fibromyalgia and even multiple sclerosis after she temporarily went blind as doctors struggled to explain her symptoms.

She said a multiple sclerosis specialist finally brought up the prospect her breast implants could be the cause.

“I wanted to immediately go home and get a knife and take them out because I was just like, ‘Wow, this is my root cause. This is why I’m not well,’ ” Miller said.

Malissa Sheridan said she suffered chronic fatigue but didn’t suspect her implants were the cause.

“I had gone to several doctors trying to find out what’s wrong with me, why am I this way and I would ask ‘Is it my implants?’ and they would say, ‘No,’ ” Sheridan said.

Roni Earnest said she experienced fatigue, headaches, rashes and even an unexplained heart attack after having implants for decades before she decided to have them removed.

“The minute I had my surgery, I’m telling you, I was healed,” Earnest said.

The FDA says there’s no scientific evidence supporting breast implant illness but issued a warning in May that some experience “systemic symptoms” that may go away “when their breast implants are removed.”

The FDA also held a hearing on breast implant safety in March.

Representatives from all four American breast implant manufacturers also attended — Mentor Worldwide, Ideal Implant, Sientra and Allergan. But the companies argued against their own customers, saying the illness doesn’t exist.

The FDA is now ordering better warning labels for implants. Since January, the agency has received at least 370 reports of breast implant illness and is now recommending a more in-depth investigation.

A national registry has also been created so companies and the government can better monitor implants: https://www.thepsf.org/research/registries/nbir

Those with unexplained symptoms potentially linked to implants can use this reporting form: https://www.fda.gov/media/85598/download

“Nothing is more important to Mentor than the health of the patients who choose our breast implants. We know that some patients with breast implants have reported a range of systemic symptoms which they refer to as breast implant illness. We track and monitor the systemic symptoms reported to us and we report them to the FDA. While the current body of scientific evidence does not support claims that breast implants cause systemic illness, the FDA, in partnership with industry and medical and plastic surgery societies, is taking steps to better characterize the set of conditions and its risk factors and researchers are working to understand the origins of the symptoms. We support these efforts and have been partnering with the FDA, listening to patients, and diligently reviewing our long-term implant safety and real-word complaint data seeking to better understand any possible connection.

At Mentor, we are committed to ensuring every woman has a full understanding of breast implant safety prior to deciding to move forward with a breast implant operation. We will continue working with the FDA and surgeons to raise awareness of the risks of breast implants and share any important safety information with surgeons and patients.”

“Patient safety is Sientra’s utmost priority. We are committed to working closely with the FDA, patients, and board-certified plastic surgeons to provide the safest, highest quality implant options. Sientra is committed to ensuring that women have all of the information they need to make informed decisions about breast implants.

Extensive clinical data confirms the long-term safety and effectiveness of all Sientra OPUS breast implants. In addition to the rigorous FDA studies and ongoing research, Sientra supports education, best practice training, reconstruction funding and provides the most comprehensive 20-year implant warranty for patients in the industry.

Important safety information for patients can be found at: http://sientra.com/commitmenttosafety/

Sientra is committed to working closely with the FDA and board-certified plastic surgeons to ensure that women have the information they need to make an informed decision. This includes additional research around all symptoms and outcomes that women report as well as reviewing the informed decision process to implement better methods to convey all of the benefits and risks.

It is important to recognize the 20+ million women worldwide that have had safe and positive experiences with breast implants.”

“Patient safety is Allergan’s highest priority. The safety profile of Allergan’s breast implants is supported by extensive pre-clinical device testing, more than a decade of worldwide clinical use as well as a large number of peer-reviewed and published studies.

As noted by experts at the FDA and the scientific literature reports, there are over 50 signs and symptoms that have been grouped under the term breast implant illness. Despite these reports, there is no established case definition of breast implant illness, and the time it takes to develop one of these reported symptoms following implantation varies by patient. Both of these factors make clinical evaluation of these symptoms difficult; yet, they are important to understand. As a company, this is something we closely monitor, through post-approval and surveillance studies, as well as patient reported data, and we report this data directly to FDA and other global regulatory authorities.

It is also important to note that multiple well-powered studies and reports from independent organizations, including The Institute of Medicine, have confirmed that there is no evidence to support an association between breast implants and systemic diseases.

We look forward to continuing to work with the FDA – as well as clinicians, societies and worldwide regulatory authorities – to advance research, understanding and awareness about breast implant effectiveness and safety. As with all Allergan products, we are committed to strict adherence to all regulatory requirements, to the most rigorous scientific evidence and to the highest industry standards for our products.”

“As Ideal Implant was developed by a plastic surgeon in direct response to women’s concerns over silicone gel and silent rupture, patient safety has been our primary focus from the outset. To date we have had no reports of breast implant illness from Ideal Implant patients. We did participate in the FDA hearings and listened to the women reporting these issues with other implants and have advocated stronger long-term incident reporting on all breast implants to allow women to make more educated decisions based on the scientific data. As many medical devices, such as pacemakers, use similar silicone shell ingredients, clearly more research is needed to see why illnesses are reported relating to breast implants. As for our efforts toward patient safety, the Ideal Implant has proven to have a significantly lower risk of capsule contracture and implant rupture/deflation in FDA trial data at 8 years than silicone gel implants.”

This story was originally published by Andrea Lyon on WFTS .