'Back the Blue' mural painted outside Tampa police headquarters, city says mural was not approved

A new mural in downtown Tampa is drawing support and criticism 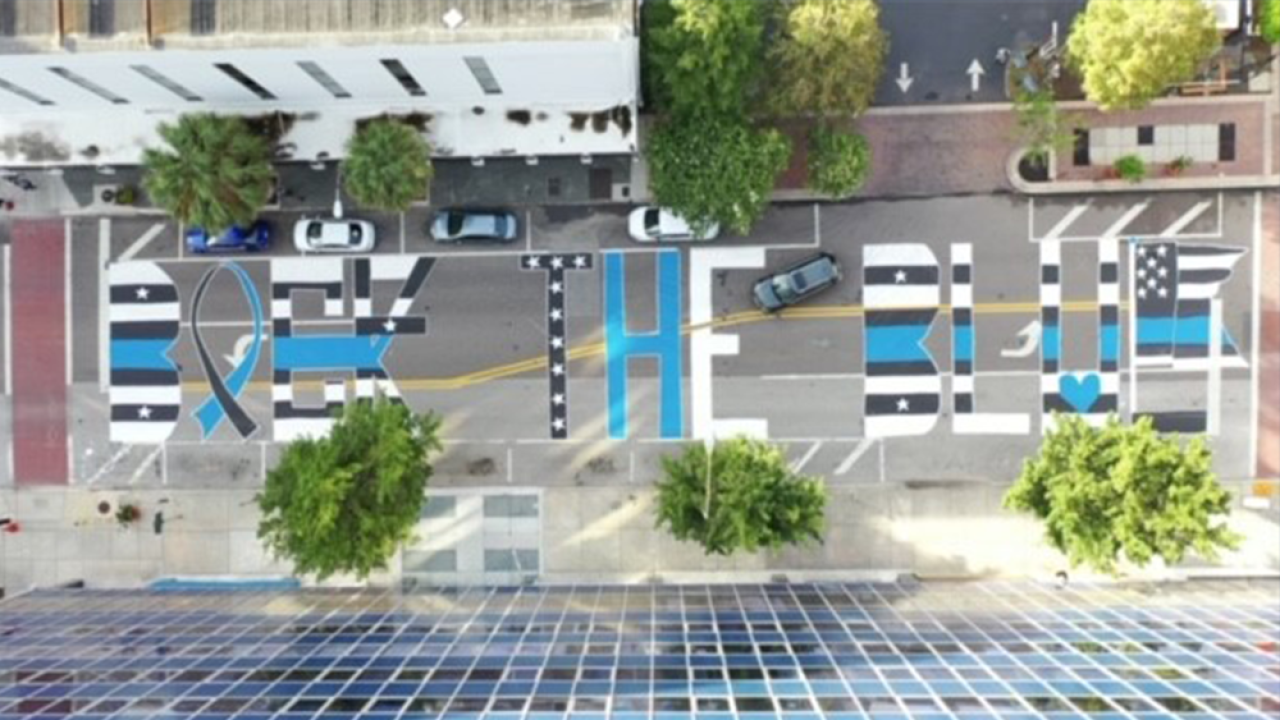 TAMPA, Fla. - A "Back the Blue" mural was painted outside the Tampa Police Department headquarters over the weekend.

On Saturday, about 40 people came together and painted the mural on East Madison Street in downtown Tampa. The mural was created to show support for law enforcement.

"When they walk into the police department or when they go to work or they're patrolling the streets, they see that mural and they know they have a community behind them," said Cassandra Kistler.

Kelli Campbell and Cassandra Kistler are members of Back the Blue Florida. The ladies helped organize the project.

"We had people just walking by that were inspired to pick up a brush and a roller and start helping us," said Campbell.

Some people on social media are criticizing the mural or showing their support.

"We've been criticized a lot like it's not the best, it's not this, it's not that. It's community and community did it and brought it together and made it happen," said Cassandra Kistler.

A Change.org petition said, "This mural seems to mock the Black Lives Matter movement and is a huge slap in the face for all the protesting we have been doing all over this country."

"Everybody's entitled to voice their opinions and voice what they want," said Kistler.

"This has nothing to do with race. This is not against anyone. It's not to counter anyone. This is 100% showing support for law enforcement, all branches and truly all first responders," said Campbell.

A City of Tampa spokesperson said the mural was not approved by the city.

“Any tribute to honor their service is welcome. It’s unfortunate they didn’t see the permitting process through so that our community could participate in showing their appreciation for the brave men and women that service our residents every day," said Mayor Jane Castor.

This article was written by Julie Salomone for WFTS.