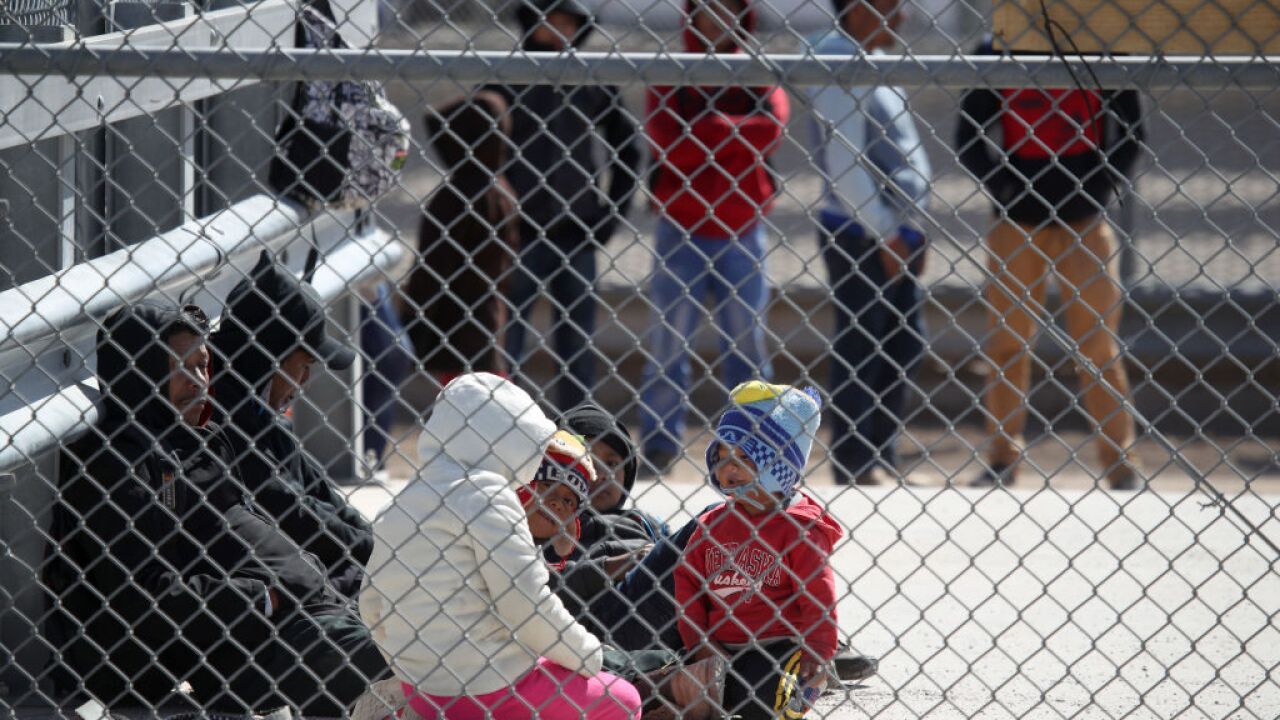 The acting head of Immigration and Customs Enforcement, Mark Morgan, provided some details Wednesday on plans to execute an operation targeting families who have gone through their legal proceedings.

"If you're here illegally, then you should be removed," Morgan told reporters during a call. "And in this case, that includes families."

President Donald Trump tweeted Monday night that ICE was preparing to deport "millions" of undocumented immigrants next week, but he fell short of offering details. The vague announcement was striking, given the figure and the decision to disclose an operation prior to its execution.

Morgan on Wednesday refrained from providing a time frame or details on the scope of the operation. The intent, Morgan said, is to deter migrants from coming to the US-Mexico border, and the operation is expected to include families who are on an expedited court docket. It remains unclear if the President was referring to this operation in his tweet.

The cases are being expedited to try to process the families in under a year.

Morgan said ICE had worked closely with the Department of Justice on the family expedited docket and that the "results were very disappointing." He claimed that some families haven't attended their immigration hearings, saying, "They're going through a thorough due process as part of the immigration process, they're just refusing to show up."

Additionally, in February, ICE sent around 2,000 letters to families who already had received final orders of removal by judges in absentia, asking them to self-report to local ICE offices by March to comply with the orders, Morgan said.

Morgan, who took over the director role in an acting capacity weeks ago, stressed that there hasn't been a shift in direction for the agency but rather a continuation of its policy not to exclude any demographic for arrest and deportation.

CNN first reported that the administration had been considering deporting migrant families with court-ordered removals in an attempt to "send a message" to smugglers, according to a senior administration official.

As part of the consideration, the administration had been looking at an operation rolled out in the late years of Barack Obama's presidency -- and revived in Trump's first year in office -- that also targeted family units. Obama initially focused on felons.

Morgan said earlier this month that the agency was exploring options for arresting and deporting families who have gone through their legal proceedings and have been ordered to depart the US.

Officials have raised concerns about the operation being perceived as separating families again, though Morgan said Wednesday, "Our goal is not to separate families."

The Department of Homeland Security, suffering from a lack of resources due to an influx of migrants at the border, is unable to deport all those who are ordered to be removed from the country and has said it focuses on the people it deems the most dangerous.

Nearly 133,000 people crossed the US-Mexico border illegally last month -- the highest monthly total in 13 years. Since December, ICE has released more than 207,000 family members into the US, Morgan said, adding that that drives people to the country.

"The perceived lack of enforcement, specifically interior enforcement, following the release is driving even more individuals and families," he said.

The department is dealing with a demographic shift from the single adults from Mexico of years past, who could more easily be deported, to families and children predominantly from the Northern Triangle countries of Guatemala, Honduras and El Salvador.

Capacity at ICE detention facilities has reached record highs. In June, there were around 52,000 single adults in ICE custody, an all-time high that exceeds funding levels yet again, according to the agency.