A family lost their home in a flood. Even with FEMA aid, they've had to wipe their savings to rebuild

A family is still trying to repair their flood damaged home, with FEMA aid being insufficient. 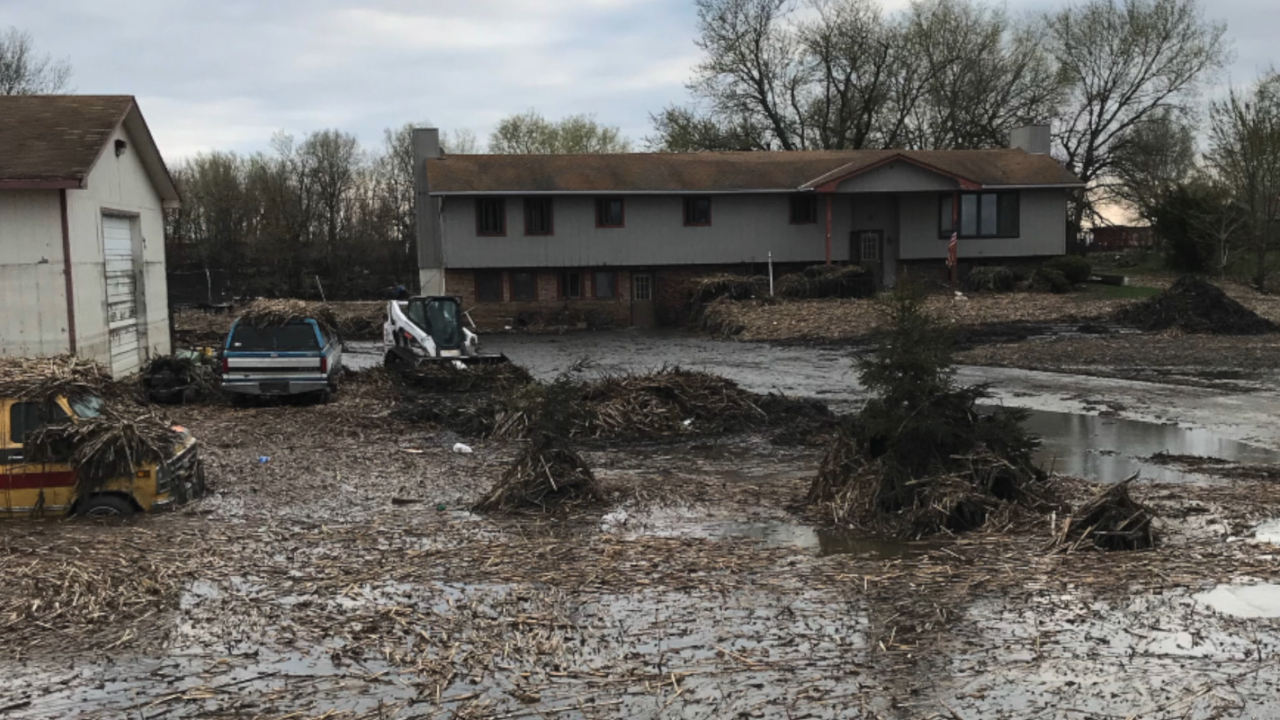 Chris Nuss spends nearly every free minute of his time at work rebuilding his home.

His sons watch and learn while getting an unexpected hands-on lesson on how to overcome adversity.

In March, a flood destroyed their home in Pacific Junction, a tiny town in western Iowa.

She says it took a month before the family could get to their home.

“We paddled in a canoe and a jon boat,” Catie says. “I was not prepared to go inside. I was in shock.”

While the family fixes their home, they’ve been living inside this camper parked in the driveway — six people and three pets crammed inside for the past five months.

“It’s like living in a box, literally,” she says.

To get them back in their home, Catie says they’ve received about $35,000 in disaster aid from the Federal Emergency Management Agency, the maximum amount FEMA gives out for repairs.

That’s far short of the $140,000 Catie estimates it will take to finish the job.

Now the family’s finances are also underwater after racking up credit card debt and wiping out a retirement account.

But the family is desperate to get back into their home they worked so hard to get and are fighting so hard to keep.

“When we bought this house, it was a forever home and we’ve learned again, it’s our forever home,” she says. “We’re taking advantage of the situation trying to look at the positive.”

“When I got power turned on, I think maybe for 10 minutes, I flipped one light switched off and on just like a little kid, being amazed that it worked,” Chris says.

If things stay on track, the family hopes to be back in their home for the holidays.

“We’ve had a few family members ask if we’re hosting Thanksgiving,” Catie says. “I keep saying ‘yes,’ so we will be in by Thanksgiving.”