A breastfeeding mom is still being held in an ICE facility 12 days after being detained, attorneys say 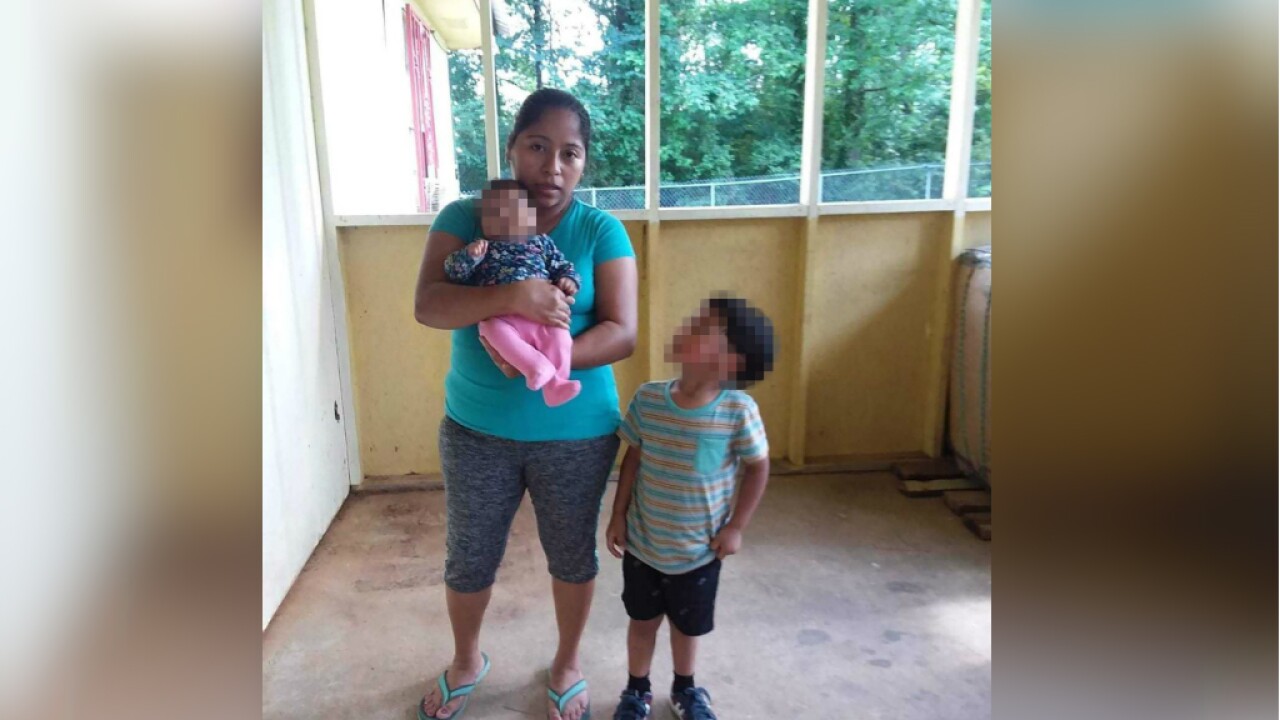 Maria Domingo-Garcia left for work 12 days ago, and she hasn't been home since.

The mother of three has been separated from her 4-month-old daughter -- who she still breastfeeds -- since being picked up during an ICE raid at Koch Foods in Morton, Mississippi.

Domingo-Garcia was among the 680 undocumented immigrants detained August 7 in raids, the most in the agency's history, at seven food processing plants across the central part of the state.

She's being held at a facility in Jena, Louisiana, which is nearly 200 miles from Morton.

When a woman is breastfeeding, her body continues to produce milk that needs to be expressed or it can cause pain and swelling.

Domingo-Garcia's attorneys, Ray Ybarra Maldonado and Juliana Manzanarez, along with Dalila Reynoso, program director for Justice for Our Neighbors in Texas, have been working with the mother and her family as they navigate her custody and hopeful release.

ICE spokesman Bryan Cox said all detainees receive a medical screening upon intake and many people were released for a variety of reasons. If a woman identified that she was nursing she may have been released because it would be considered a mitigating factor in determining detainment, he said.

Cox indicated in a statement provided to CNN on Sunday that Domingo-Garcia answered "no" when asked if she was breastfeeding. He also said he was unable to discuss the specifics of any person's medical information without a signed privacy waiver from that person.

However, he did confirm he was aware of communications between Domingo-Garcia's attorneys and an ICE representative that claimed she answered "no" when asked whether she was breastfeeding.

Ybarra Maldonado said his client had not been asked whether she was breastfeeding. He says she told her husband no one had asked her that question while she has been detained.

Her other attorney, Manzanarez, says Domingo-Garcia told her that staff at the detention center have only asked her if she has a 4-month-old daughter, to which she replied "yes."

'In a state of shock'

Domingo-Garcia is originally from Guatemala and has lived in the US for 11 years, Ybarra Maldonado said.

Her daughter and two sons, ages 3 and 11, are US citizens.

"It's absolutely a horrific and tragic situation this family is going through," the lawyer told CNN Sunday over the phone. "As a father and an immigration attorney it doesn't make sense to me."

Manzanarez visited Domingo-Garcia Saturday and says the mother is feeling the effects of having to suddenly stop breastfeeding.

"She is still really depressed. She is in a lot of pain because of not being able to pump or breastfeed," Manzanarez said.

Ybarra Maldonado says he understands why she would be in the state she's in. "You're in a state of shock, you're in so much pain because you're away from your kids, especially a young baby."

Manzanarez says Domingo-Garcia only thinks of her children and especially her baby. "Every other word was 'my daughter,' and, 'she really needs me,'" Manzanarez said.

Attorney: 'Distraught is an understatement'

Reynoso, an advocate who is working with other migrants detained in the Jena, Louisiana, facility, says Domingo-Garcia was the third on a list of people her agency was reaching out to following the raids.

When they met, she says the mother was devastated. "She just had this lost look to her," Reynoso said.

As she waits for her hearing date and release, her husband is grappling with how to take care of his children without their mother.

"Distraught is an understatement," Manzanarez said when describing the father. "He's turned upside down, he's trying to figure out how he's going to make it work now."

Both she and Reynoso have visited the family as they wait for their mother and wife to return.

The children have noticed their mother is missing. The 3-year-old doesn't really understand what's happening but knows his mother isn't there, Manzanarez said.

But the 11-year-old knows and understands why his mother is gone. Manzanarez tells CNN, "He knows, he's like, 'I want my mom back home. I don't understand why they're keeping here,' and, 'She didn't do anything wrong. We need her here.'"

Ybarra Maldonado says no hearing date has been set for Domingo-Garcia. He's had several conversations over email with officials from DHS and has offered to pay bond but says the agency has not responded to their request. He says his team will continue to offer to pay a bond so she can be released on her own recognizance until she's given a date for a judge to hear her case.