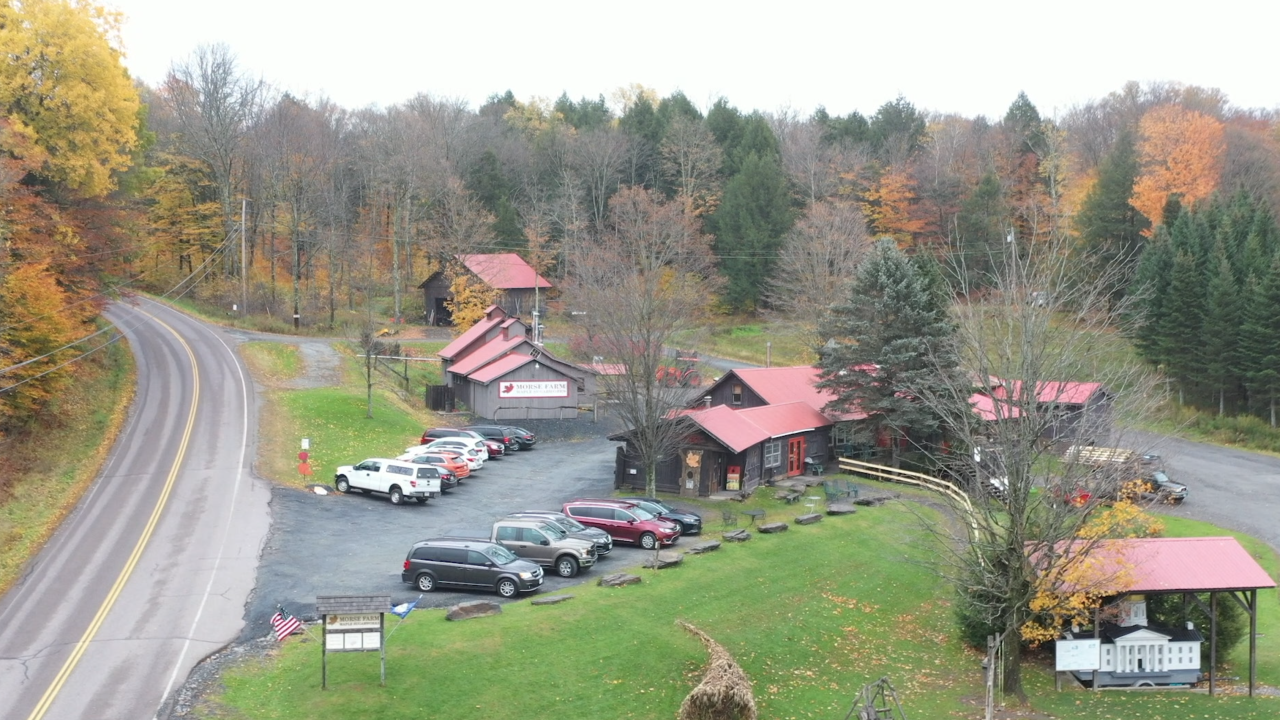 MONTPELIER, Vt. – Among the maple trees in west Vermont, on the outskirts of Montpelier, sits Morse Farm and Sugar Works.

Elliott Morse and his brother Burr Morse run the farm. Their families have been farmers in the region for seven generations.

“We were dairy farmers for most of those generations,” said Burr. “My father didn’t like dairy farming, that just wasn’t what you wanted to do.”

Under Harry Morse senior, Burr’s father, the farm focused on tapping maple. When it was Burr’s turn to run things, he thought the land was suited to do something else too. The farm had enough land and the right topography for cross country skiing.

“This was a junction here and really the main entrance to the ski system,” Burr explained as he walked the farm’s ski trails. “Skiing livened the place up in the winter.”

“Families had fun and year after year they’d come up to ski,” Burr added.

However, Morse Farm had to close its ski trails last year as the weather has become more unpredictable, and the snowfall amounts have been inconsistent. Over the past decade, Vermont has had almost 200 inches of snow one year, and barely 50 inches the next.

The change has been tough for Burr Morse to accept, but necessary. Now he can focus all his attention to maple sugaring in hopes of minimizing the unpredictable weather’s effect on that business.

“There are a lot of sugar maker walking around like, there’s not a problem. Nothing’s wrong, nothing’s wrong. I don’t have the patience for that,” he said. “I am a realist. I have my eyes open on the farm and darn it all I am concerned.”

He’s concerned over how long technology, like vacuum pumps hooked onto maple trees, will work to draw sap from the trees when the weather is unseasonable.

But he’s also concerned over how many more generations of the Morse family will be able to enjoy running the family farm.

“I have just one grandchild 6-year-old girl and we love her to pieces and if she wants to carry on this place someday that would be great,” Burr said. “But will the place be here for her if she makes that choice I don't know and that's what I worry about.”