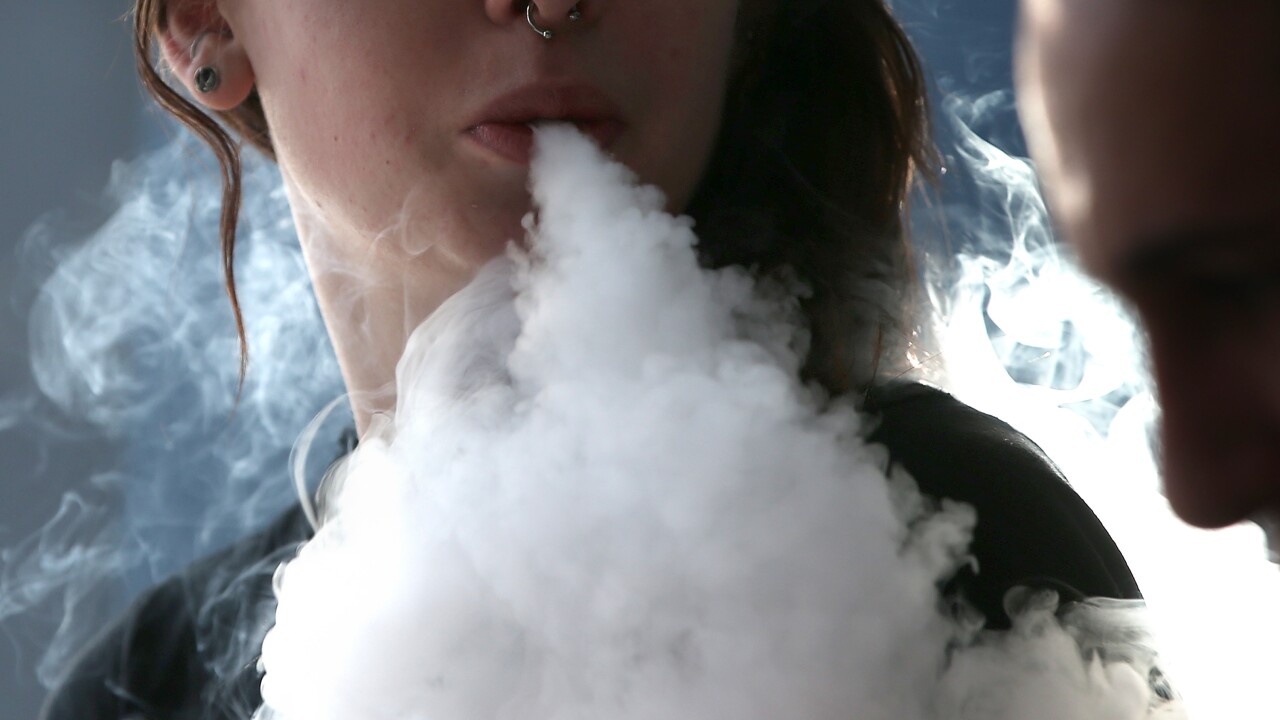 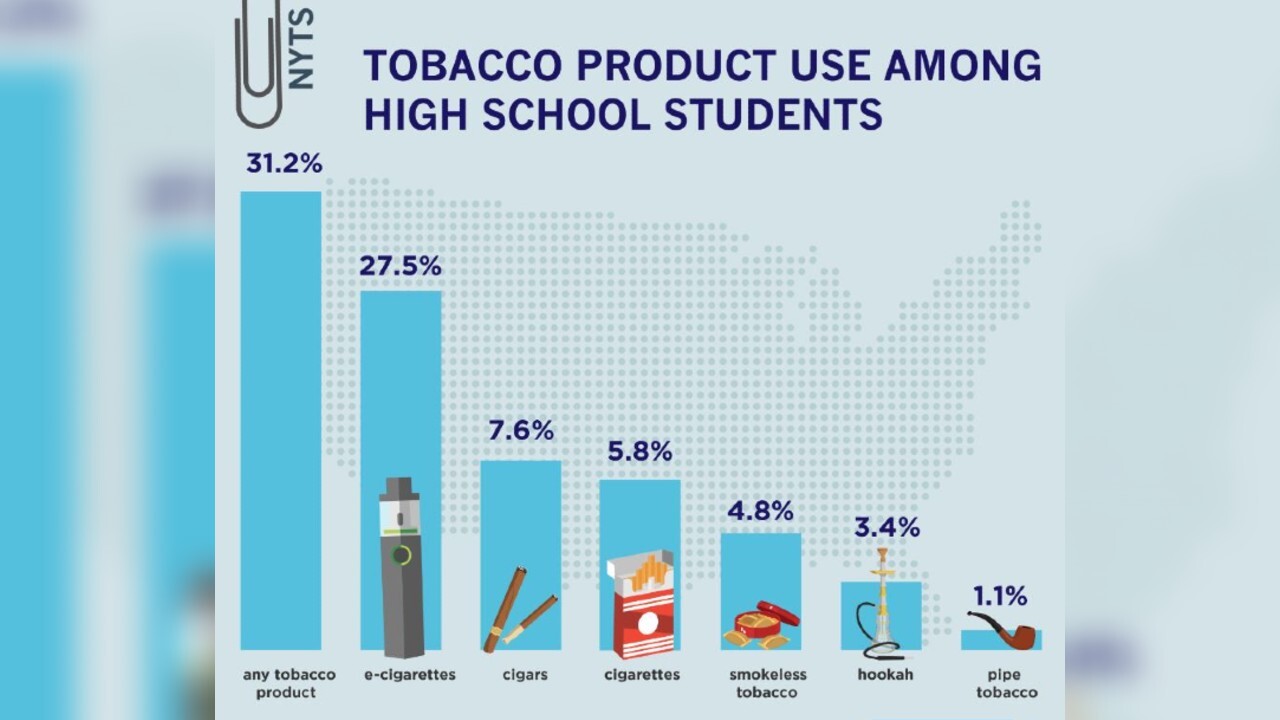 That statistic is up from more than 3.6 million students last year, according to the 2018 survey.

This year, the NYTS found that about 1 in 3 high schoolers (4.7 million) and 1 in 8 middle schoolers (1.5 million) are current tobacco users.

E-cigarettes continue to be the go-to product. For the sixth year in a row, e-cigs were the most commonly used tobacco product among adolescents, according to the survey. Results show more than 5 million youth report having used e-cigarettes in the past 30 days and nearly 1 million reporting daily use.

However, a large number of teens also continue to use cigarettes, cigars, smokeless tobacco, hookahs and pipe tobacco.

Many students are using more than one form of tobacco. The survey found about 1 in 3 used two or more tobacco products. Experts say symptoms of nicotine dependence increase with those using multiple types of products.

The Food and Drug Administration (FDA) says that while cigarette smoking is actually at an all-time low among high schoolers, increases in e-cigarette use have reversed progress made in the decline of overall youth tobacco use.

The Centers for Disease Control (CDC) points to multiple factors that influence youth initiation and use of tobacco products.

As for what can be done about the problem, the CDC says evidence-based tobacco control strategies and FDA regulation of tobacco products are important for preventing and reducing tobacco product use among U.S. youths.

“Given the evolving variety and availability of tobacco products, surveillance for all forms of youth tobacco product use and associated factors is important to inform action at the national, state, and community levels,” the CDC wrote in a press release.

“Our Nation’s youth are becoming increasingly exposed to nicotine, a drug that is highly addictive and can harm brain development,” said CDC Director Robert R. Redfield, M.D. “Youth use of any tobacco product, including e-cigarettes, is unsafe. It is incumbent upon public health and healthcare professionals to educate Americans about the risks resulting from this epidemic among our youth.”