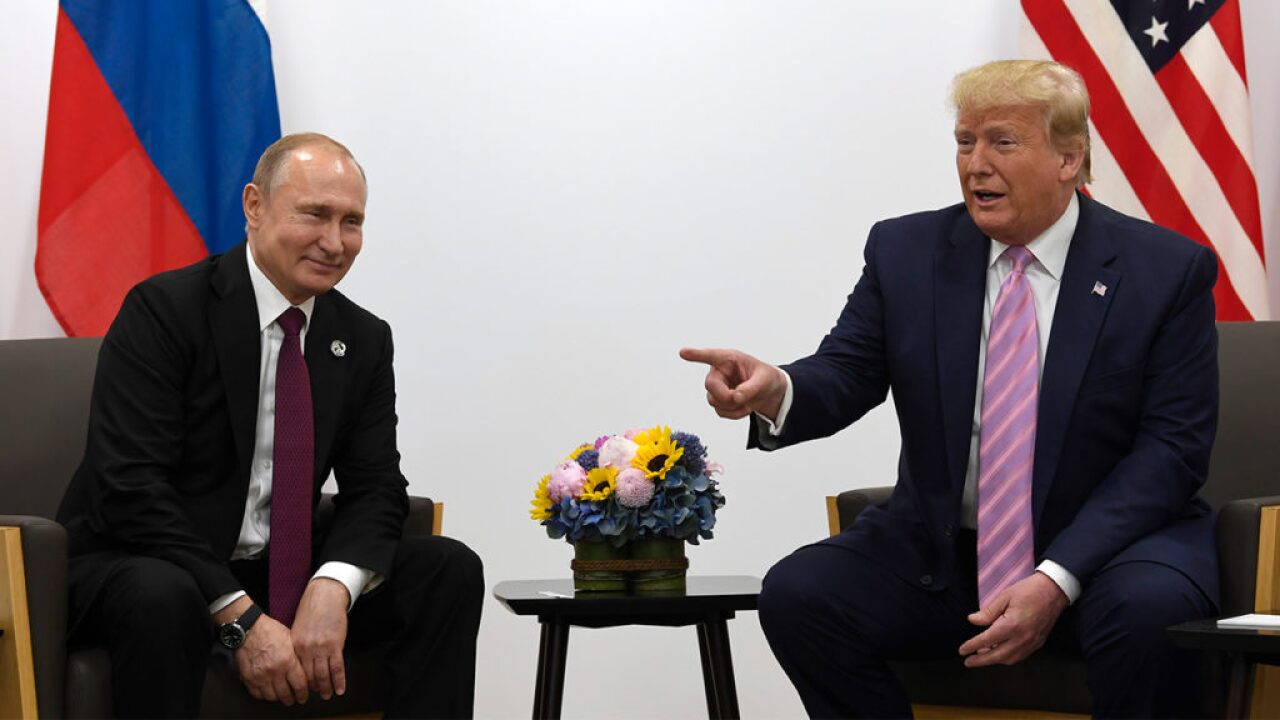 WASHINGTON (AP) — The U.S. and Russia on Friday rejected each other’s proposals for potentially salvaging the last remaining legal constraint on their strategic nuclear forces. President Vladimir Putin called for an unconditional extension of the soon-to-expire New START treaty, and the White House called that a “non-starter.”

Adding an edginess to the diplomatic clash, President Donald Trump’s national security adviser, Robert O’Brien, suggested the Russians rethink their stance “before a costly arms race ensues.” Administration officials have previously alluded to building up nuclear forces if the treaty is abandoned, although the Pentagon has its hands full paying for a one-for-one replacement of older nuclear weapons.

In the closing days of his reelection bid, Trump has looked for ways to boost his foreign policy record, and although he says he favors nuclear arms control, he has called New START flawed and unfavorable to the U.S. Last year he withdrew the U.S. from a separate nuclear arms treaty with Russia, and he waited until this year to begin engaging the Russians on the future of the New START deal.

Democrat Joe Biden, who was vice president when New START was negotiated during the Obama administration and ratified by the Senate, has said he would not hesitate to agree to Putin’s original proposal for a five-year extension of New START. That would be followed by negotiation of a follow-on deal.

The cap would cover warheads not limited by the New START treaty. Putin said Friday a one-year extension was okay but should not be conditioned on a wider cap on warheads.

Trump’s lead arms control negotiator, Marshall Billingslea, blamed the Russians for missing what he called an historic opportunity. “The United States made every effort,” he wrote on Twitter Friday, but the Russians “backtracked on an agreement” to cap the number of nuclear warheads of all kinds. Russian officials have denied they made any such agreement.

The Trump administration’s talk of a cap, or freeze, on all categories of warheads has puzzled some U.S. analysts, in part because the number of those weapons has held steady over the past decade or so. William J. Perry, who served as defense secretary under President Bill Clinton, said Thursday, prior to Putin’s latest remarks, that the U.S. freeze idea may be a “domestic political gambit” ahead of the Nov. 3 election.

“I see no real significance to it,” he said. “I can’t see any rationale for it.”

The arms control effort is hampered in part by deteriorating trust between Washington and Moscow. Washington accuses Moscow of cheating and of aspiring to a nuclear buildup. The Defense Intelligence Agency last year projected that Russia’s overall stockpile of nuclear weapons would “grow significantly” over the next decade, driven by an increase in shorter-range, or non-strategic, weapons that are not governed by the New START treaty.

For its part, Moscow is suspicious of U.S. missile defenses, which it believes could undermine the credibility of its strategic missiles.

Speaking in Moscow on Friday, Putin offered to extend New START “without any conditions for at least one year” to allow time for talks with Washington on a follow-on treaty. He said Russia is agreeable to including its newest nuclear weapons, some of which are now being deployed, in future arms talks with the United States. But he made clear that an extension must be unconditional.

“All those years, the New START has worked, playing its fundamental role of limiting and containing an arms race,” Putin said.

Just a few hours later, O’Brien issued a written statement regretting Moscow’s position and touting the U.S. approach, which he said “would have been a win for both sides.” He said he had thought the Russians were willing to accept the American proposal when he met with them in Geneva on Oct. 2.

“President Putin’s response today to extend New START without freezing nuclear warheads is a non-starter,” O’Brien said. “The United States is serious about arms control that will keep the entire world safe. We hope that Russia will reevaluate its position before a costly arms race ensues.”

After both Moscow and Washington withdrew from the 1987 Intermediate-range Nuclear Forces Treaty last year, New START became the only nuclear arms control deal between the two countries still standing.

Russia previously offered the pact’s extension for five years without any conditions, while the U.S. administration pushed for a new arms control agreement that would also include China. Moscow has described that idea as unfeasible, pointing to Beijing’s refusal to negotiate any deal that would reduce its much-smaller nuclear arsenal.

Speaking earlier Friday, before he was aware of Putin’s remarks, O’Brien said the U.S. had made “a relatively straightforward proposal that we extend New START for a year and that the Russians cap their nuclear warhead number for a year,” but added that “negotiating with Russia is never easy.”

O’Brien also observed that “it may be that, like other countries, the Russians are waiting to see what happens” in the Nov. 3 U.S. election.