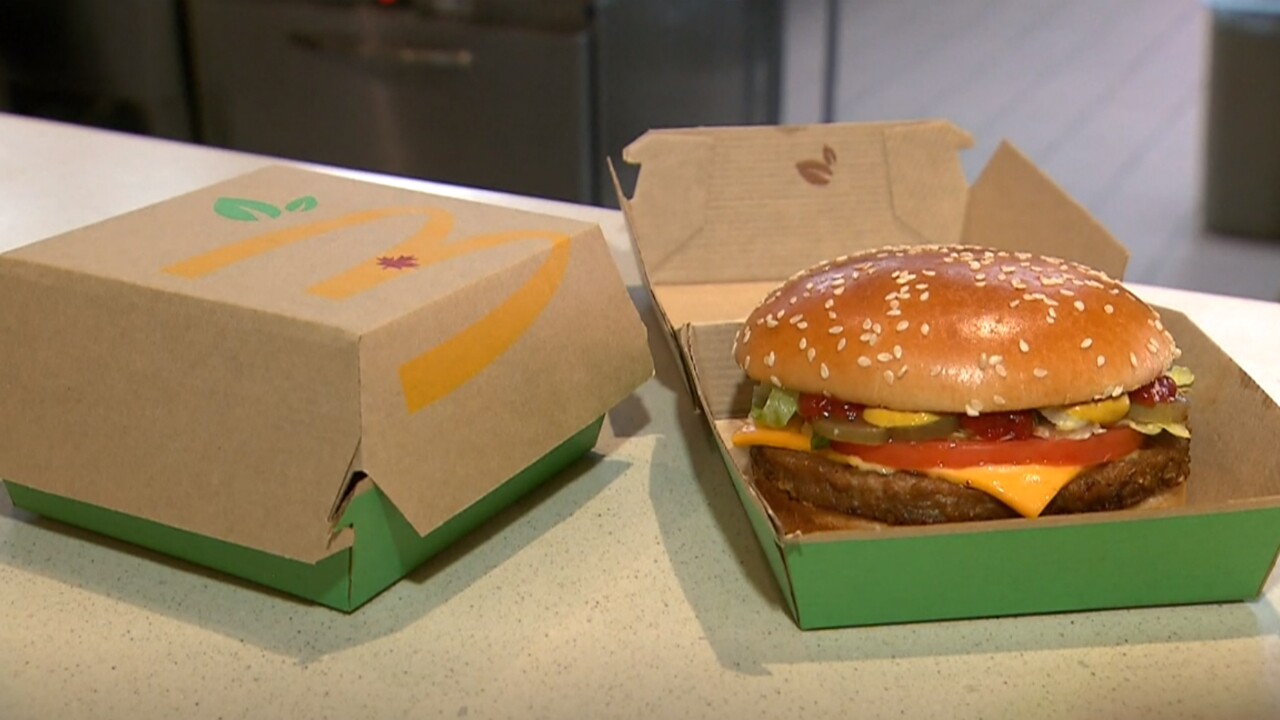 NORTH YORK, Canada — McDonald's is launching a global test run for its take on the plant-based protein Beyond Burger.

Starting Monday the burger, called the PLT (plant, lettuce, and tomato), will be available in London Ontario for a 12-week period.

It will cost about $4.90 and the test run will be used to determine both demand and practicality of offering the vegan patties.

McDonald's isn't the only fast food chain exploring the potential of plant-based meat.

Both Beyond Meat and Impossible Burger have also recently started rolling out their products to retail supermarkets.

As of June of this year, Beyond had already start selling its upgraded "meatier" burgers in stores like Whole Foods, Kroger, Safeway, Publix, Wegman's, and Target.