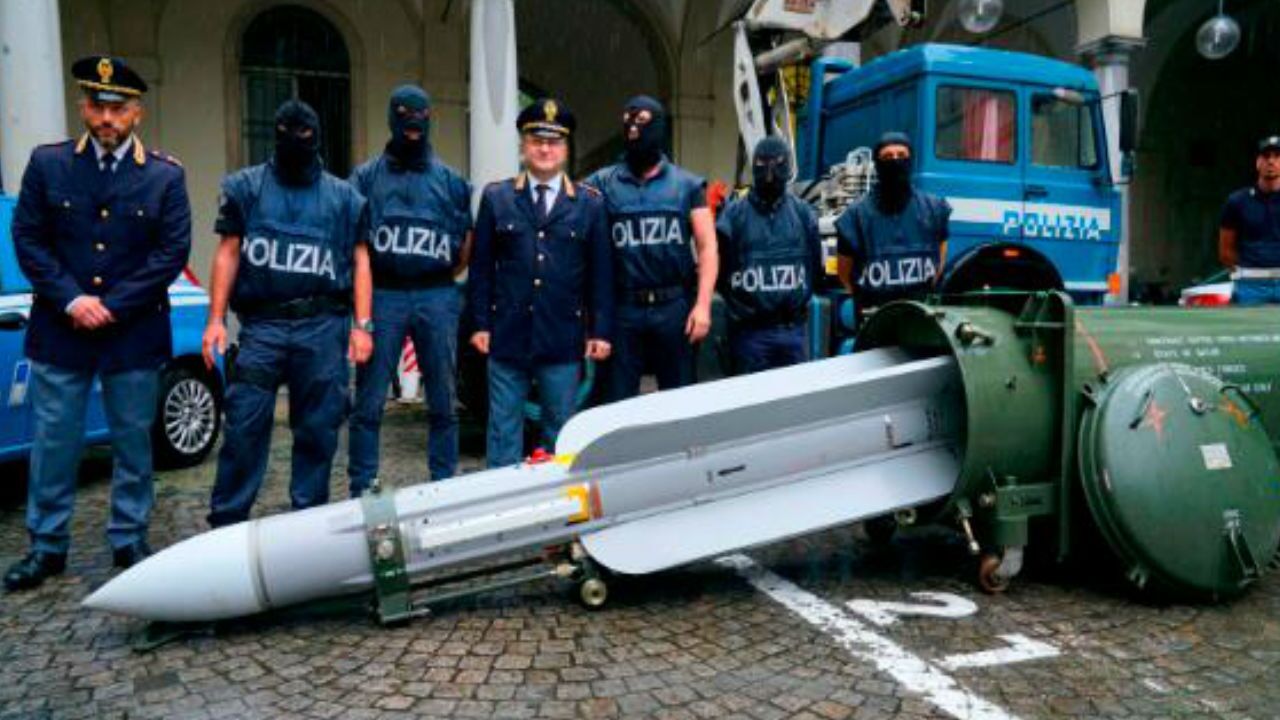 Italian police have seized &quot;an arsenal of military weapons&quot; and a collection of Nazi paraphernalia from three men, one of whom is a former political candidate for an extreme right party.

ROME (AP) - Police in northern Italy have detained three men, including one linked to a neo-fascist Italian political party, after uncovering a huge stash of automatic weapons, a missile and material featuring Nazi symbols.

Police said the discoveries stemmed from a previous investigation into Italians who took part in the Russian-backed insurgency in eastern Ukraine.

In a statement Monday, Turin police said one of the men arrested had in 2001 run unsuccessfully as a Senate candidate for the neo-fascist Forza Nuova party. At his home in Gallarate, police found nine assault weapons, nearly 30 hunting rifles, pistols and bayonets as well as ammunition and antique Nazi plaques featuring swastikas.

Two other men were detained after police found a French-made missile at an airport hangar that they apparently were seeking to sell.

Copyright 2019 Scripps Media, Inc. The Associated Press contributed to this report. All rights reserved. This material may not be published, broadcast, rewritten, or redistributed.