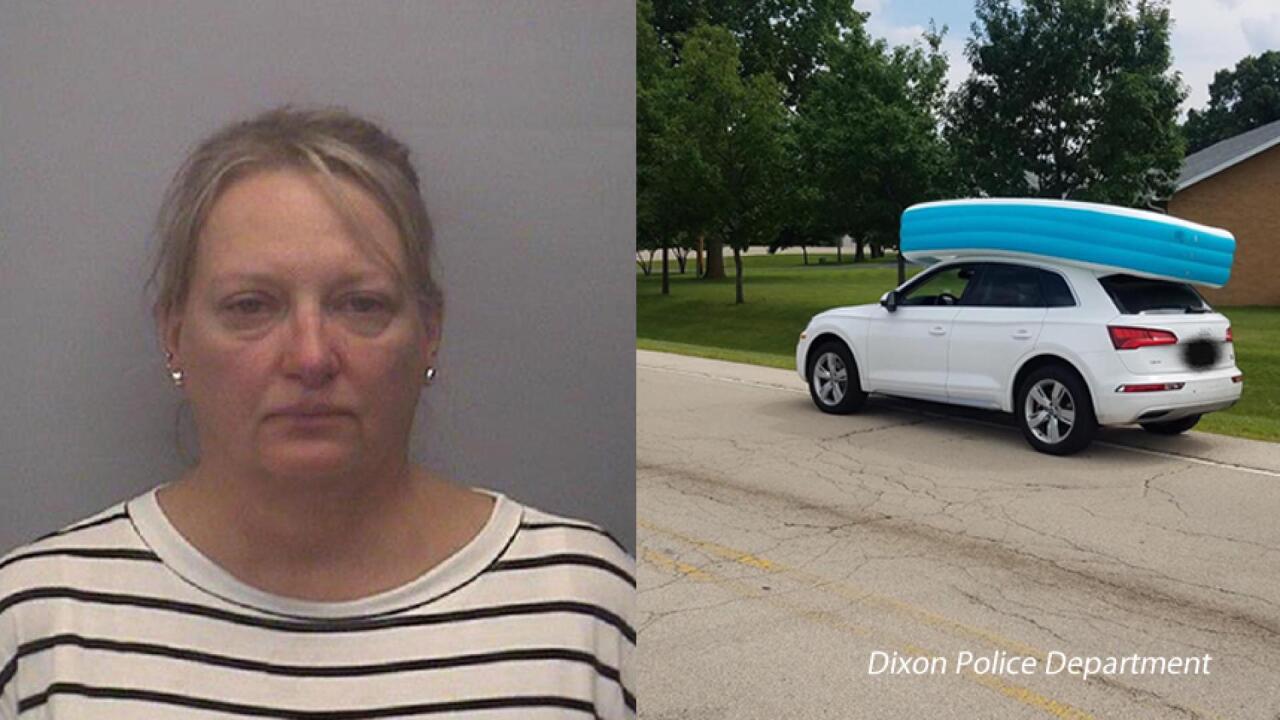 DIXON, Ill. (WREX) — An Illinois mother is facing charges after allowing her two young daughters to ride on top of her SUV in an inflatable swimming pool.

Dixon police say they received a call Tuesday from a concerned citizen about an Audi Q5 with kids inside of a pool while the pool was on top of the SUV.

Investigators say Yeager drove into town to inflate the pool at a friend's house and had her two daughters ride inside of the empty pool to hold it down on the drive home.

She is suspected of two counts of endangering the life or health of a child, two counts of reckless conduct and failure to secure a passenger between 8 and 16.