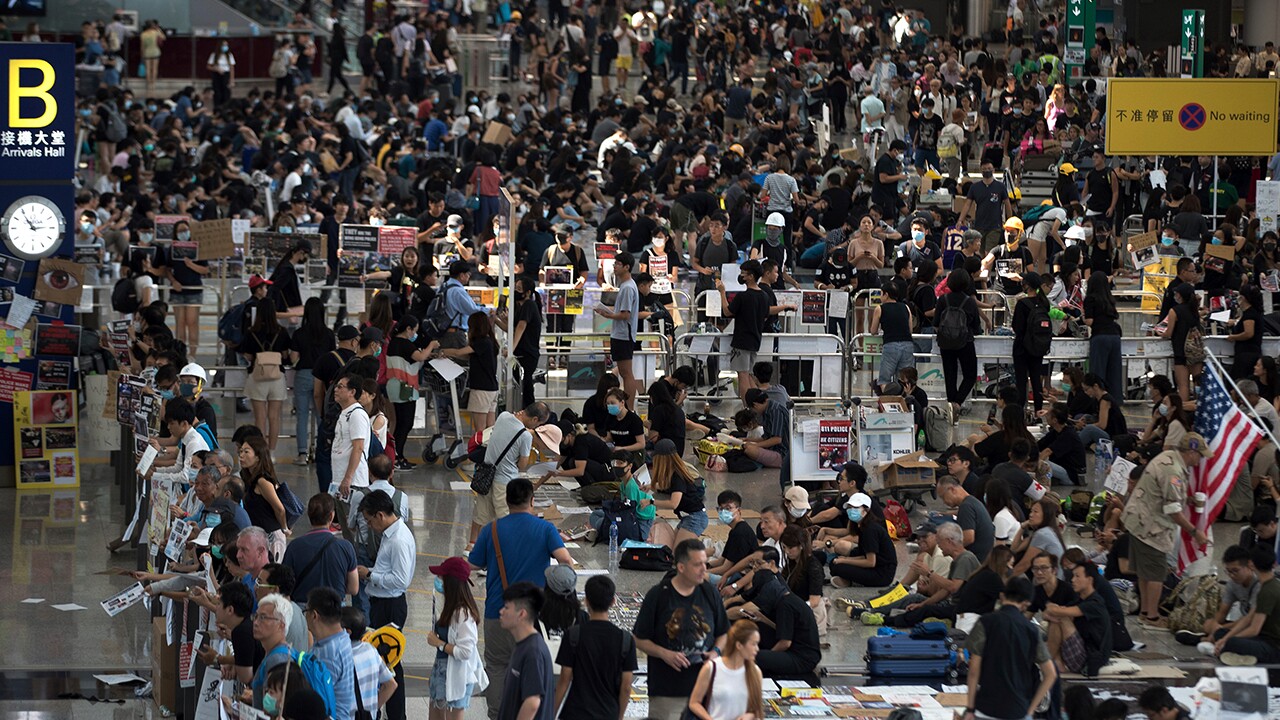 HONG KONG (AP) — Hong Kong's airport has canceled all remaining departing flights for the second day after protesters took over the terminals.

The authority advised the public not to come to the airport. Some flights were able to depart and land earlier Tuesday, a day after more than 200 flights were canceled.

The airport's arrival and departure halls were blocked by thousands of protesters who were gathered in the airport for the fifth consecutive day. They are calling for democratic reforms and an independent inquiry into alleged police brutality.

The black-clad protesters held up signs to appeal to travelers from mainland China and other parts of the world. "Democracy is a good thing," said one sign in Simplified Chinese characters, which are used in mainland China instead of the Traditional Chinese script of Hong Kong.

One entrance to the immigration area was entirely blocked by protesters and arriving passengers struggled to get through.

Hong Kong leader Carrie Lam has defended law enforcement actions. Lam told reporters that dialogue would only begin when the violence stopped. She reiterated her support for the police and said they have had to make on-the-spot decisions under difficult circumstances, using "the lowest level of force."

Some protesters had thrown bricks, eggs and flaming objects at police stations.