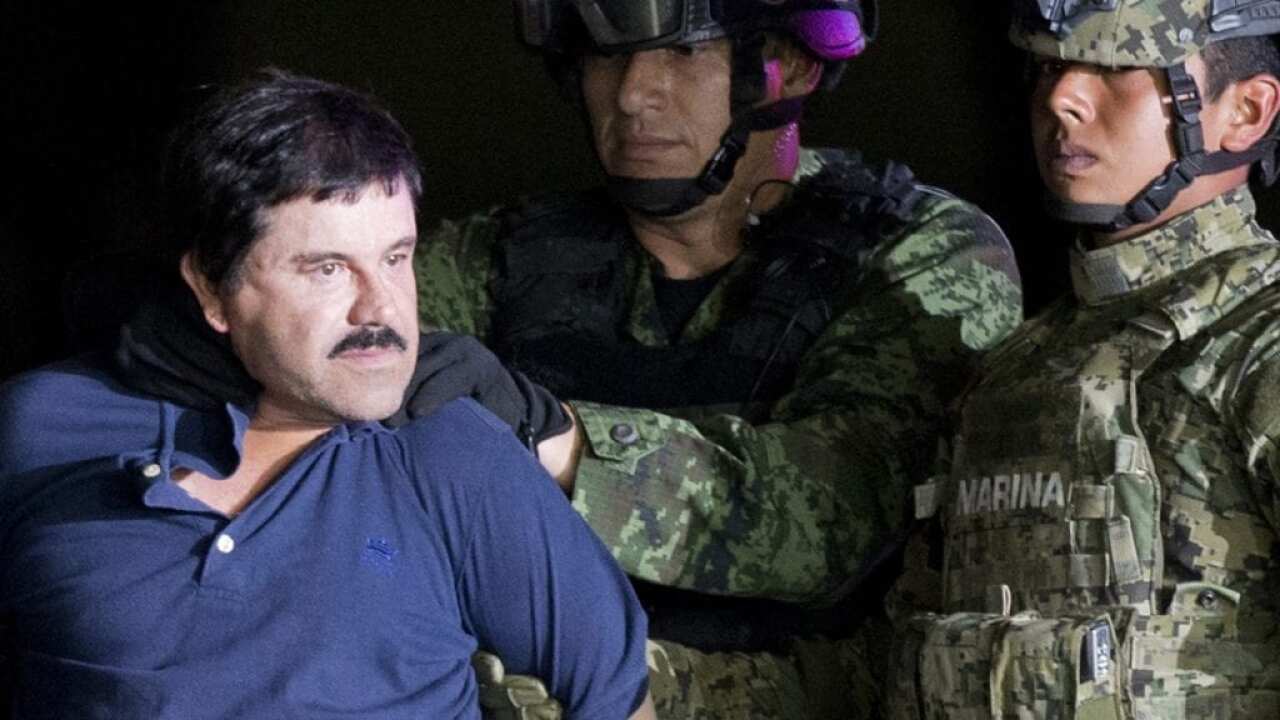 NEW YORK (AP) - The Latest on the sentencing of the Mexican drug lord known as El Chapo. (all times local):

The notorious Mexican drug kingpin Joaquin "El Chapo" Guzman has been sentenced to life behind bars in a U.S. prison.

A federal judge in Brooklyn handed down the sentence Wednesday.

Guzman was convicted in February in an epic drug-trafficking case.

The 62-year-old drug lord was brought to the U.S. to stand trial after he twice broke out of Mexican prisons. The guilty verdict triggered a mandatory sentence of life without parole.

Guzman told U.S. District Judge Brian Cogan before he was sentenced Wednesday that he was denied a fair trial.

He said Cogan failed to thoroughly investigate claims of juror misconduct in the case.

Under Guzman's leadership, the Sinaloa cartel was responsible for multiple murders and smuggling mountains of cocaine and other drugs into the United States.

Guzman's lawyers said he was framed.