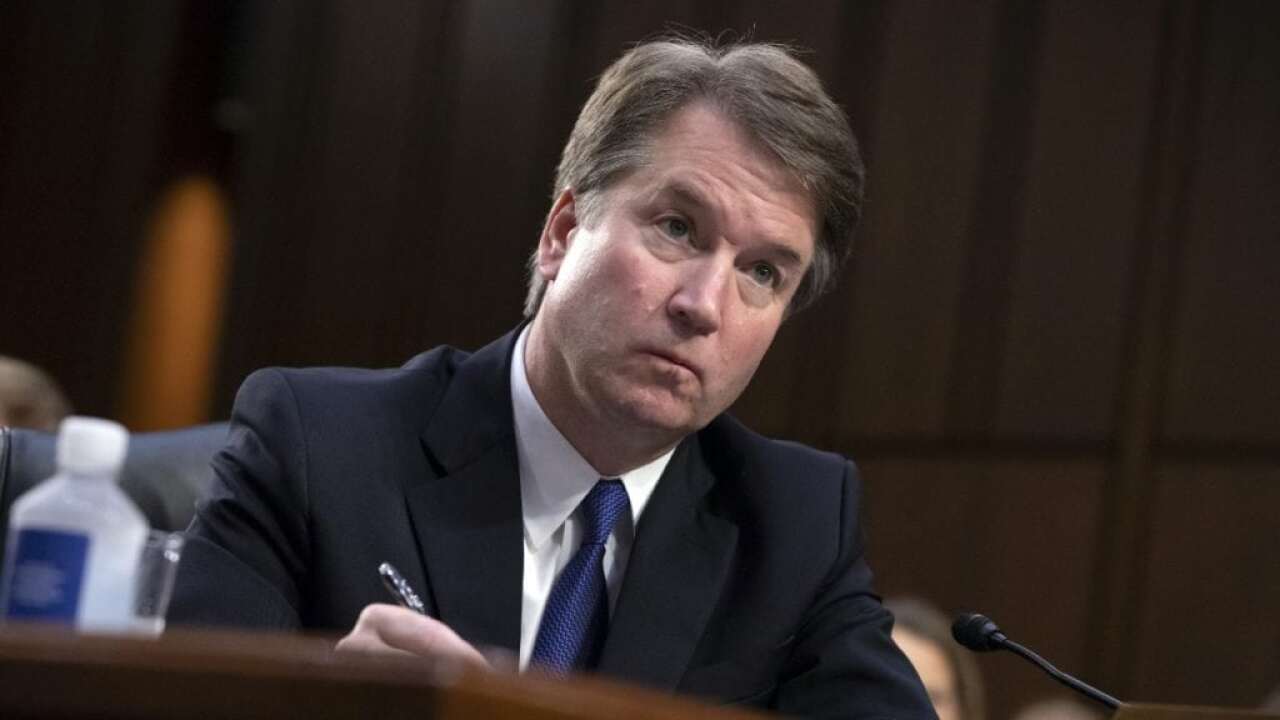 WASHINGTON (AP) — At least two Democratic presidential candidates are calling for the impeachment of Supreme Court Justice Brett Kavanaugh in the face of a new, uninvestigated, allegation of sexual impropriety when he was in college.

Kavanaugh was confirmed last October after emotional hearings in the Senate over a sexual assault allegation from his high school years. The New York Times now reports that Kavanaugh faced a separate allegation from his time at Yale University and that the FBI did not investigate the claim. The latest claim mirrors one offered during his confirmation process by Deborah Ramirez, a Yale classmate who claimed Kavanaugh exposed himself to her during a drunken party.

When he testified before the Senate last year, Kavanaugh denied all allegations of impropriety.

Sen. Kamala Harris, D-Calif., said after the new report that “Brett Kavanaugh lied to the U.S. Senate and most importantly to the American people.” She tweeted, “He must be impeached.”

Her comments followed similar ones from Julian Castro, a former U.S. housing secretary, on Saturday night. “It’s more clear than ever that Brett Kavanaugh lied under oath,” he tweeted. “He should be impeached and Congress should review the failure of the Department of Justice to properly investigate the matter.”

Republicans currently control the Senate, making it virtually impossible to impeach Kavanaugh, who was nominated by President Donald Trump.

Trump, who fiercely Kavanaugh during his contentious confirmation process, dismissed the latest allegation as “lies.”

Trump added that they were “False Accusations without recrimination,” and claimed his accusers were seeking to influence Kavanaugh’s opinions on the bench.