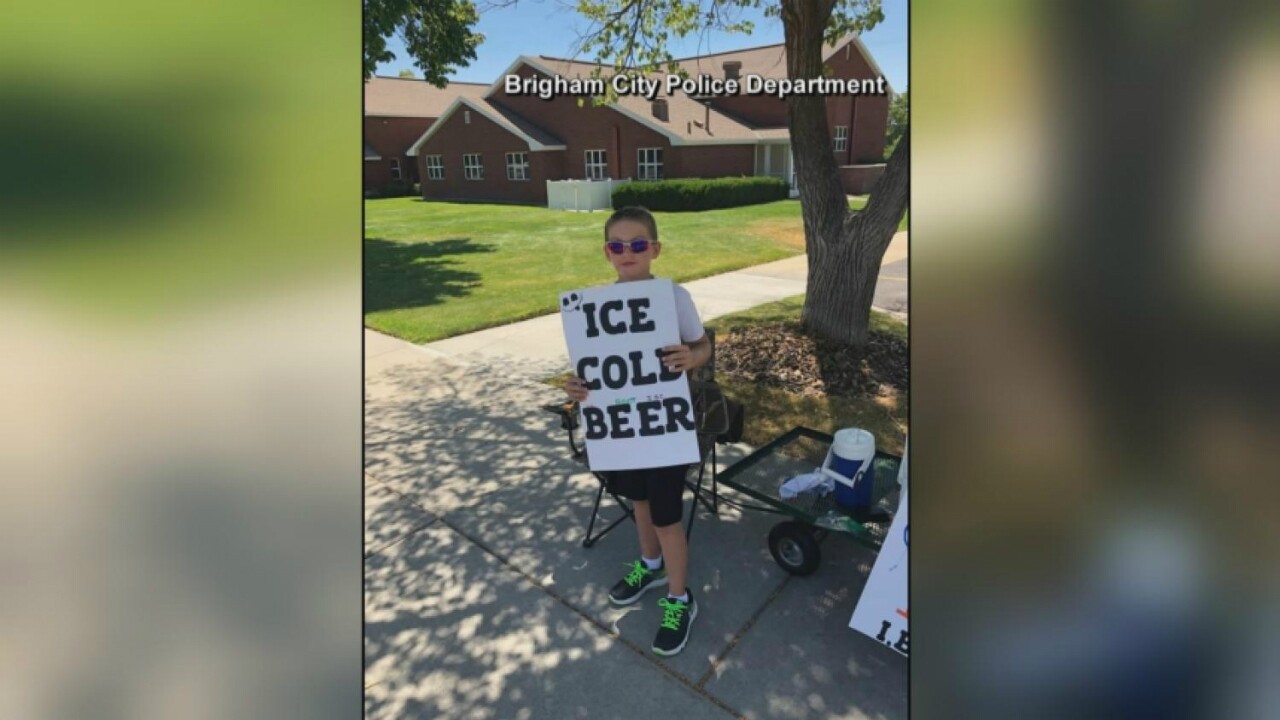 A boy in Utah has earned widespread social media attention for his neighborhood soda stand, thanks to a sign that read, &quot;ICE COLD BEER&quot; with the word &quot;root&quot; written in tiny print above the word &quot;BEER.&quot; 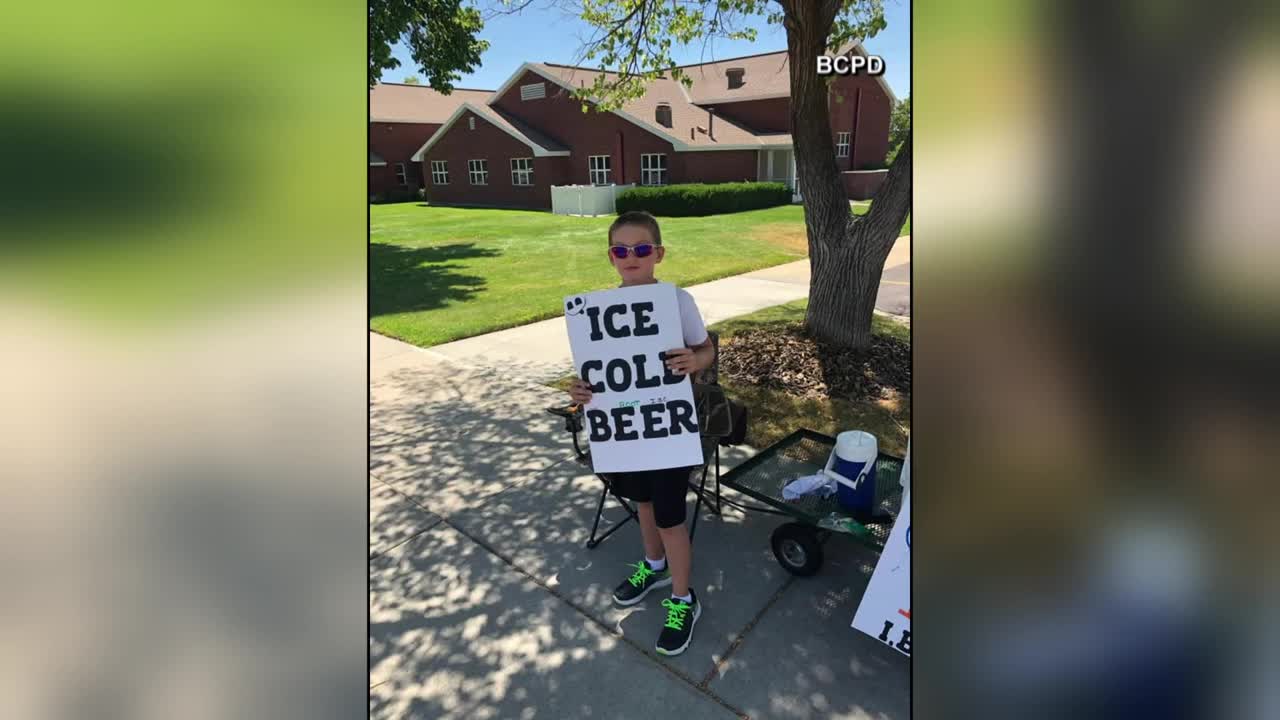 (BRIGHAM CITY POLICE DEPARTMENT) Three people in Brigham City, Utah called the police on an 11-year-old boy who was advertising “ICE COLD BEER” outside of a soda stand.

The responding officers were impressed with his salesmanship, and decided to pose for a group photo with Parker holding his sign.

The Brigham City Police Department posted the pictures to its Facebook page. If you look closely, you can see the word “root” written in tiny, green print above the word “beer.”

Seth’s mom says it took time for some people to appreciate the joke, but now they love seeing all the laughs it’s getting online.

Cheers to you, Seth!