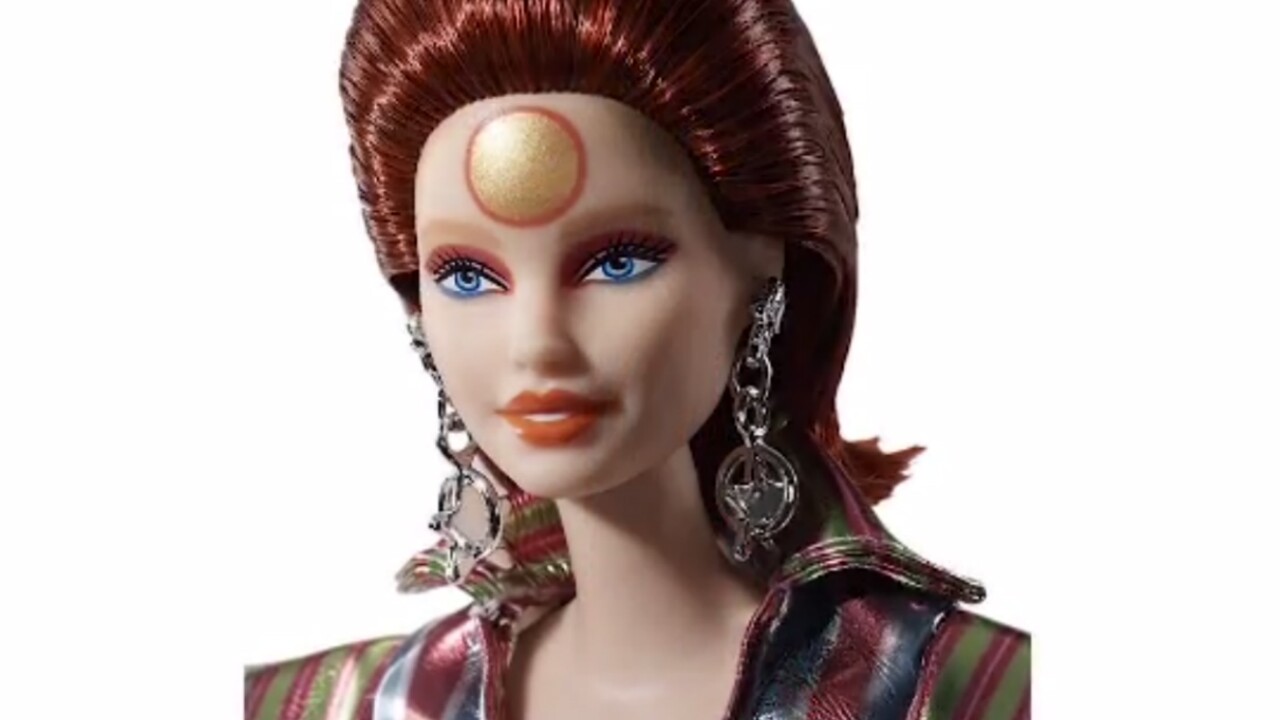 Barbie has been through hundreds of transformations in her 60-year history, from doctor to President to flight attendant, but her newest look takes her where no doll has gone before.

To mark the 50th anniversary of David Bowie's hit "Space Oddity" Barbie has been made over to look like Ziggy Stardust, with a new outfit and special haircut.

Barbie traded in her traditional blonde locks for Bowie's red mullet haircut and is wearing a metallic jumpsuit fit for a rock star or space explorer.