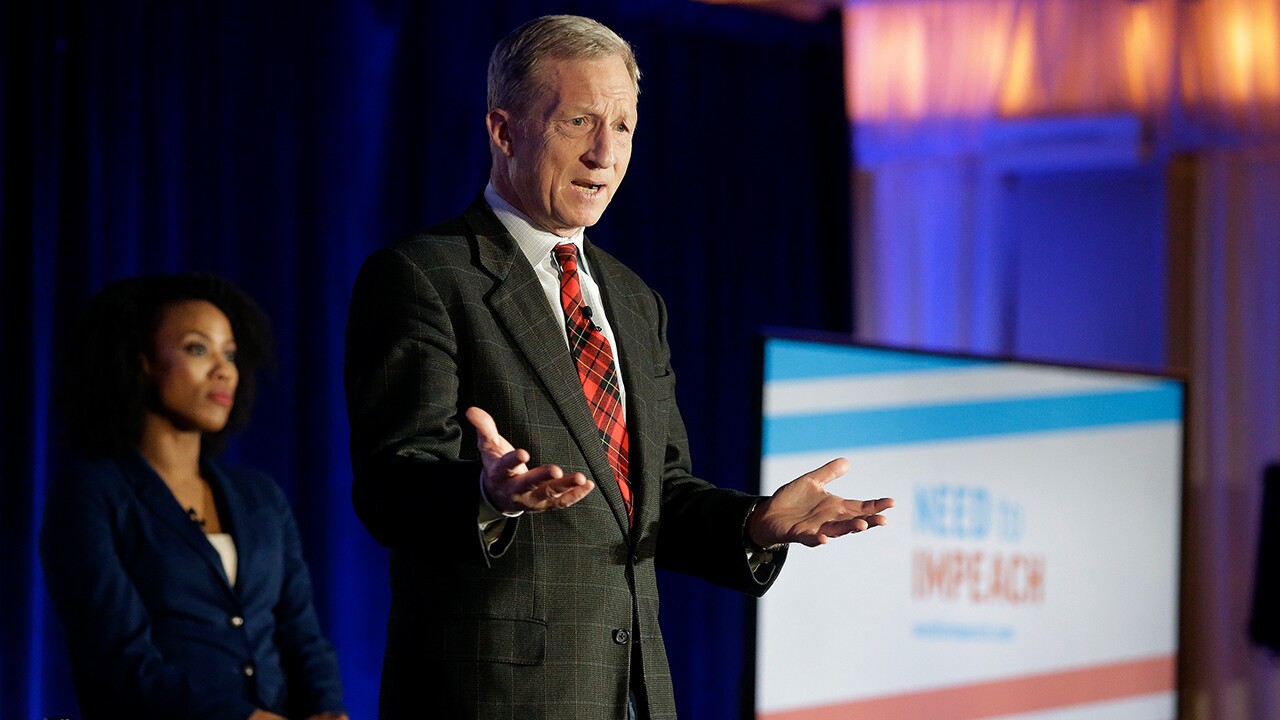 WASHINGTON (AP) — Billionaire activist Tom Steyer is joining the race for the Democratic presidential nomination, reversing course after deciding earlier this year that he would forgo a run.

Steyer made the announcement Tuesday, casting himself as an outsider who will oppose what he calls "the hostile corporate takeover of our democracy."

The 62-year-old from California is one of the most visible and deep-pocketed liberals advocating for President Donald Trump's impeachment. He surprised many Democrats in January when he declared he would focus entirely on the impeachment effort instead of seeking the White House.

Since then, Steyer has said he's grown frustrated at the pace at which the Democratic-controlled House is approaching Trump.

Despite becoming a national voice on the impeachment issue, Steyer made no mention of it in his campaign announcement.