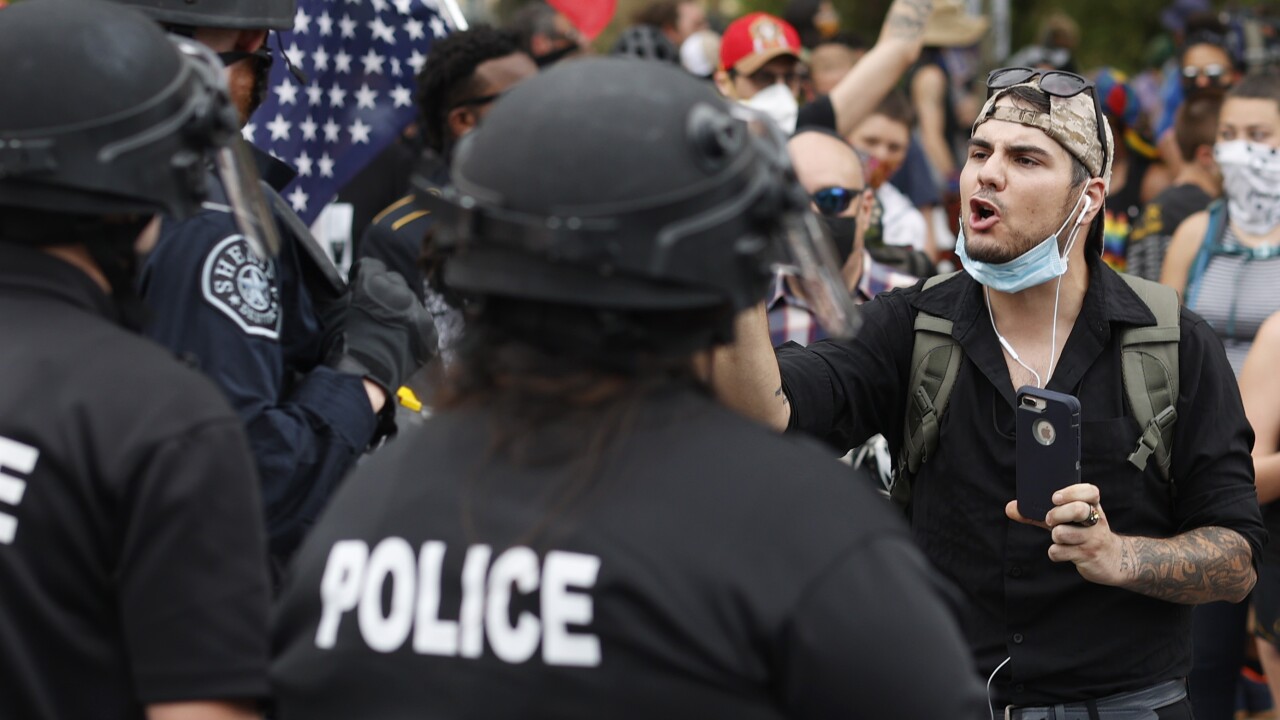 Copyright 2020 The Associated Press. All rights reserved.
David Zalubowski/AP
A participant in a protest over the death of George Floyd, a handcuffed black man in police custody in Minneapolis, squares off with Denver Police officers Friday, May 29, 2020, in Denver. (AP Photo/David Zalubowski) 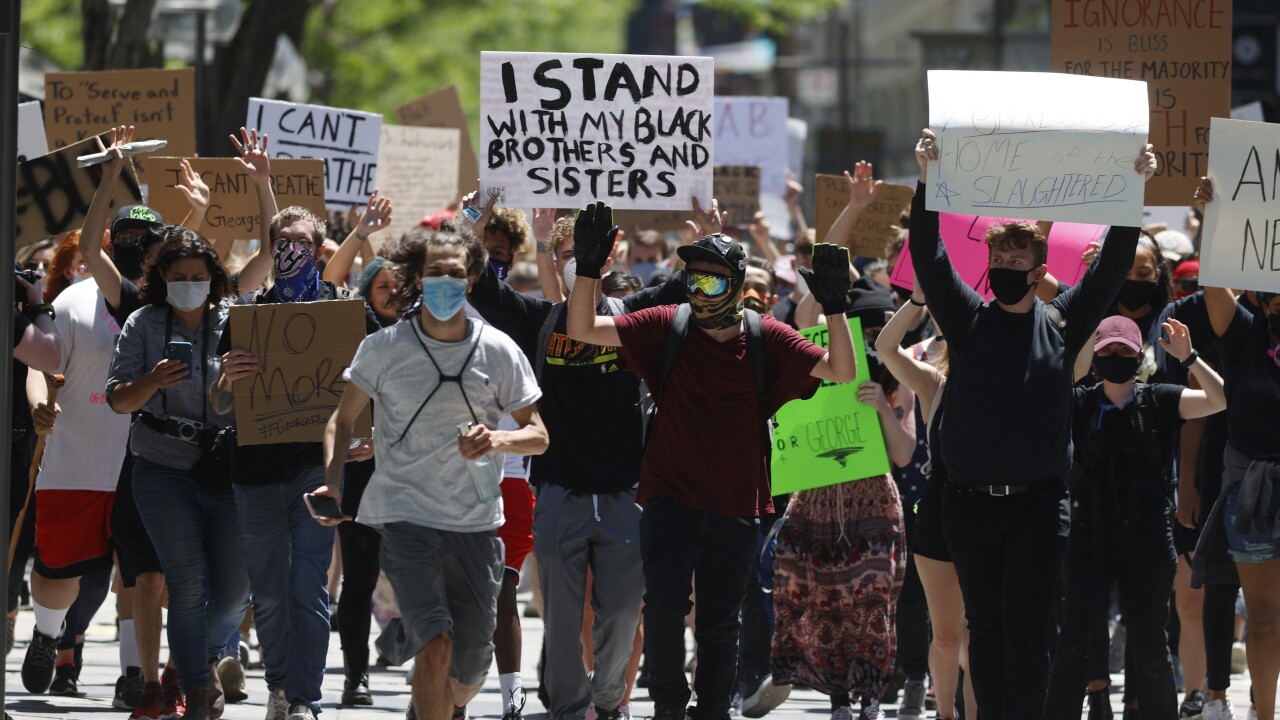 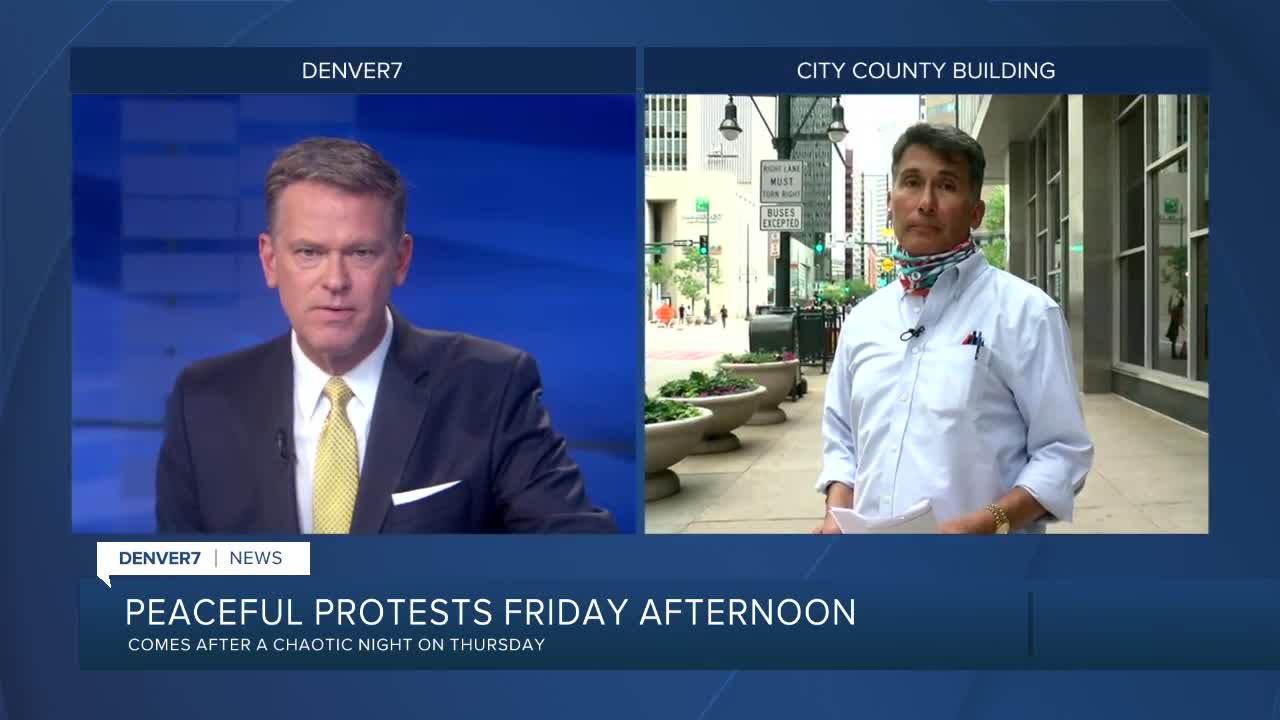 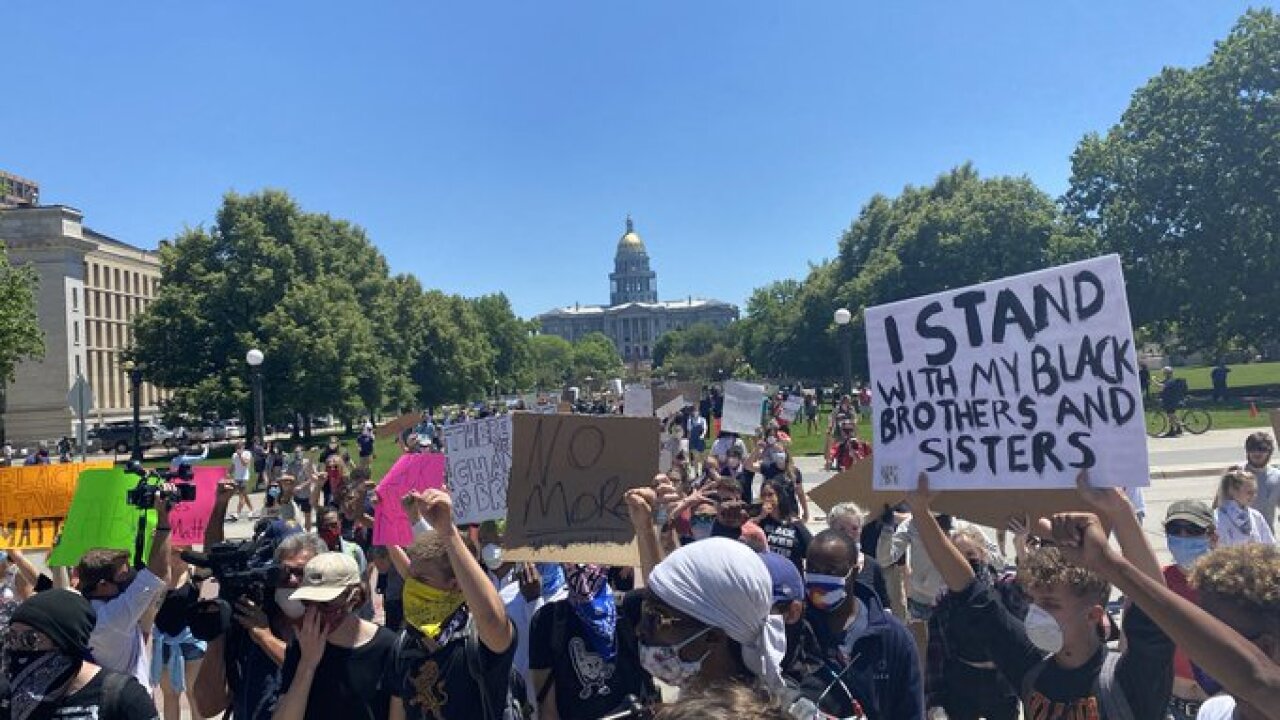 In a tweet just after 6 p.m. Friday, the Denver Police Department thanked protesters for letting their voices be heard for George Floyd in a peaceful manner, following a night of chaos near the Colorado State Capitol that ended with 13 people arrested.

Two hours later, that sentiment evaporated into the air, along with the peaceful nature of the protests, which turned violent for a second straight day in downtown Denver.

The clash between residents and police flared up again around 8 p.m., after Denver police started firing tear gas at protesters gathered at the intersection of E. Colfax Ave. and Lincoln Street. Video captured by Denver7 showed protesters grabbing those canisters and throwing them back at police. It’s unclear at this point what provoked law enforcement to fire upon protesters, but the smoke from tear gas did not deter the group – which exponentially grew by sundown – to confront police officers by throwing objects at officers and police responding with tear gas and rubber bullets. =

Moments before the clash began, Tay Anderson, the youngest member to have been elected to the Denver School Board and one of the organizers of Friday’s protest, had asked people gathered at the City and County Building to not engage with crowds who were there to disrupt the peaceful protest.

Some of the protesters, who had mostly remained at the Colorado State Capitol before moving to the City and County Building, moved to just outside the Denver jail where they confronted police, who fired tear gas in order to disperse the crowds.

“We asked white allies to go home and some of them still insisted (in) throwing rocks, bottles, etc. at police,” he said in a tweet, after learning that tensions had escalated between police and protesters. “I am disgusted in how allies ignored our asks to go home and stay peaceful.”

The majority of the protests had remained peaceful most of the day, when the protest began at around noon at Civic Center Park. Hundreds gathered to demand justice for George Floyd, a black Minnesota man who died after an officer knelt on his neck earlier this week.

The crowd, numbered in the hundreds, started marching through downtown Denver, going from Civic Center Park to the 16th Street Mall. They held signs in support of Floyd and chanted his name along with the slogan “Hands up, don’t shoot!” which became a cry for the Black Lives Matter movement following the August 9, 2014 shooting of Michael Brown in Ferguson, Mo.

After marching back to the State Capitol, the crowds dispersed but protests resumed by about 3 p.m. along East Colfax Avenue and continued through the downtown area, including the 16th St. Mall.

The protesters would again return to the State Capitol where they chanted anti-police slogans and spray painted a statue in front of the Capitol.

A Denver7 crew was among the crowd of protesters at Lincoln and Colfax Avenue when police began firing rubber bullets and pepper spray at the crowd gathered in the area. A Denver7 photojournalist was hit by the rubber bullets at least four times and his equipment was damaged in the melee.

During a phone interview with Denver7, Denver Police Chief of Police Paul Pazen said officers started firing at protesters after they were attacked. But video obtained by Denver7 showed that wasn’t always the case. A woman was captured at about 8:40 p.m. blocking a SWAT vehicle at the corner of E. 13th Ave and Broadway before she was tear gassed by law enforcement.

Clashes between police and protesters have escalated since, with police moving toward dispersing the crowds with tear gas, creating a billowing cloud of white smoke around the State Capitol and Civic Center Park, and protesters setting things on fire in defiance of police.

At one point, a human chain was formed near the State Capitol to block police, but the crowd dispersed not long after.