How will the novel coronavirus change firefighting in Colorado? 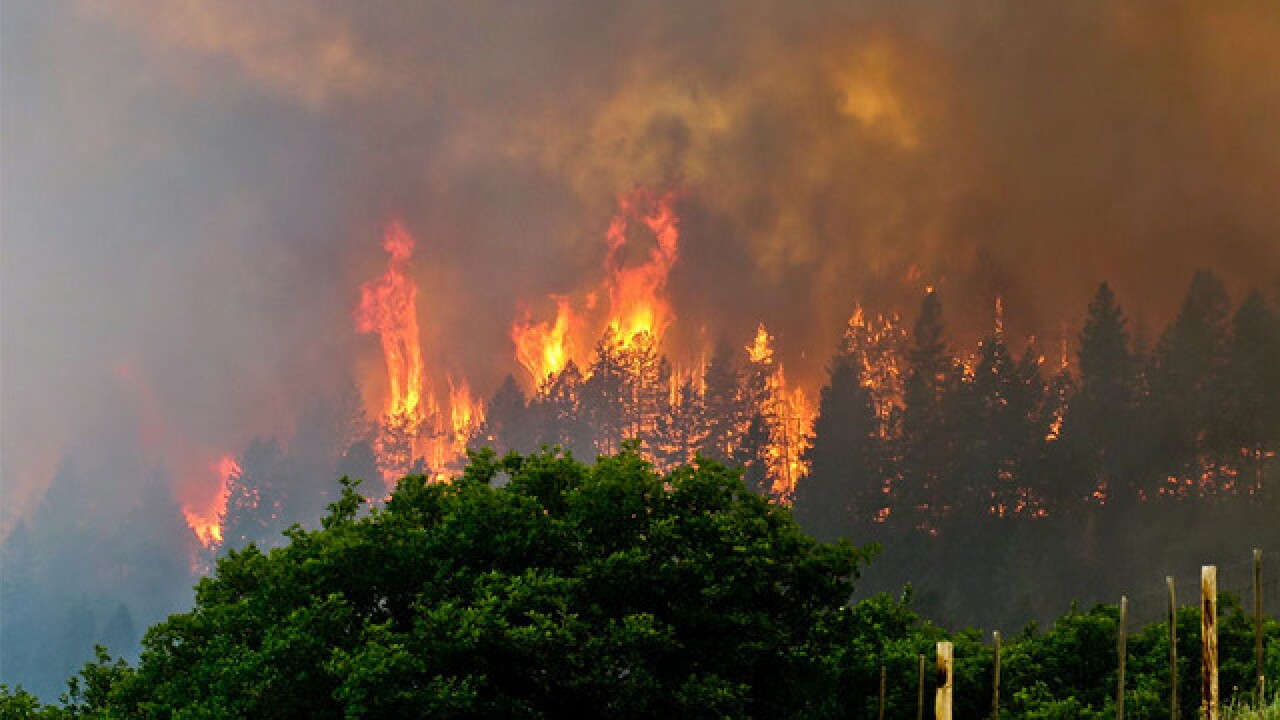 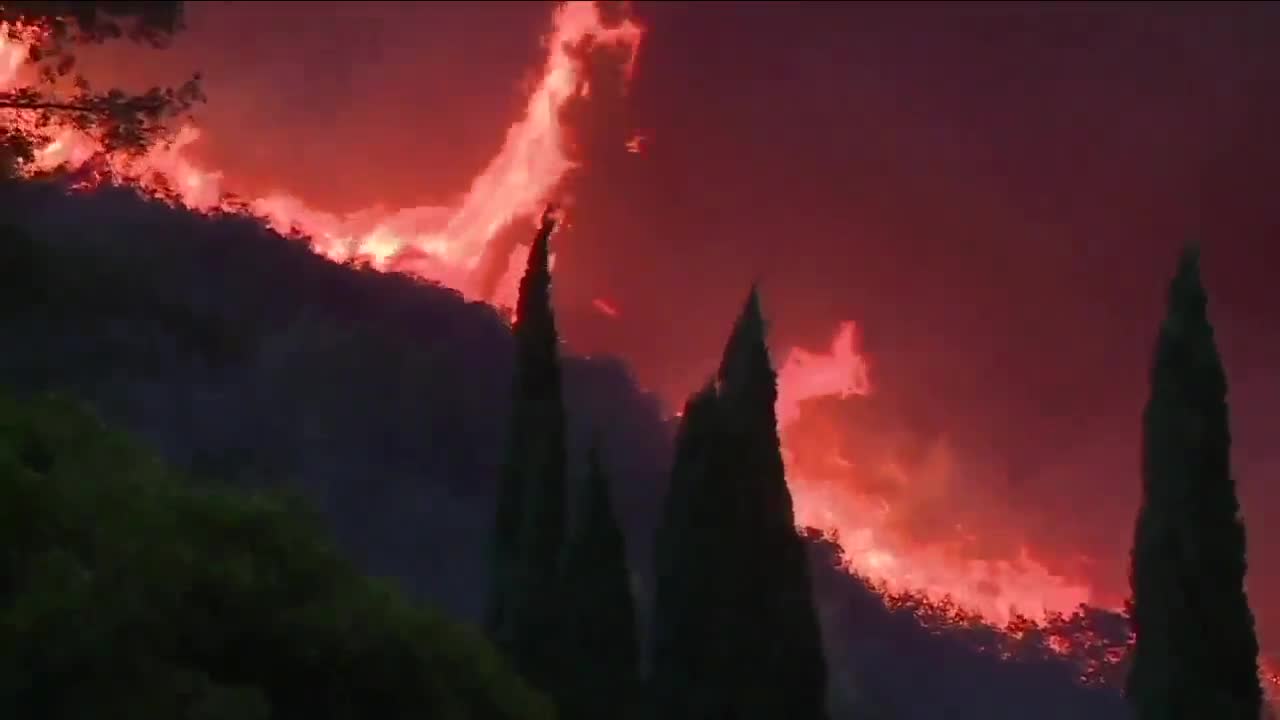 It happens every year: As the land gets drier, storms move in and the air heats up, wildfires become more of a threat in Colorado. Throw the novel coronavirus into the mix and almost all aspects of firefighting change, from fire management strategies to sheltering evacuees.

Fire departments around the state are already under immense stress from COVID-19. While the virus’s impact on this year’s firefighting season remains unclear since the state hasn’t suffered from any major wildfires yet, the Colorado Division of Fire Prevention and Control and the Red Cross are doing the preparation work now.

What they do know is it’s going to be a season unlike any before. This year, firefighting takes an extra aggressive turn.

The focus of this wildfire season is early detection and an aggressive initial attack — even more so than in previous years, said Vaughn Jones, wildland section chief for the Colorado Division of Fire Prevention and Control (DFPC).

“This year is definitely unique,” he said.

Fires are typically easier to control when they’re smaller, so if resources can begin managing it early, there’s a better chance of extinguishing it before it can spread, Jones said. Firefighters would pair that with a robust initial attack.

This is particularly true in wildland-urban interfaces, or where something of value is at risk, he said.

When firefighters rest from fighting a large blaze, they would typically return to “large fire camps,” Jones said. In normal years, these camps would be home base for hundreds or even thousands of people from all around the state and country. They would be firefighting, eating and sleeping in close quarters.

That just wouldn’t work when taking COVID-19 into account, he said.

“We’re developing mitigation measures on how we’re going to try to deal with that to minimize the impact, but it will certainly be a challenge on how to address that,” Jones said.

In addition, the Centers for Disease Control and Prevention has issued guidance for firefighters and the DFPC is using those as guidelines as they build a plan to prepare for, travel to, work at and return from an incident.

Jones said this will involve many practices that are already common today, like social distancing, self-monitoring and temperature checks.

He acknowledged that at some point, groups of responders will likely be in close proximity and that while they will socially distance themselves as best they can, it may not always be feasible. To prepare for that, the DFPC is developing incident-within-an-incident contingency plans on how to treat anybody who becomes sick, how to limit the spread and if the person or people should go into quarantine.

“We have some checklists and pre-developed plans for that,” Jones explained.

Keeping the firefighters healthy is not only important for their own wellbeing, but it also ensures they can help respond to the next incident, Jones said.

Increased support from the state

On May 21, Colorado Gov. Jared Polis signed Executive Order D 2020 072 , which transferred some funds from the state’s Disaster Emergency Fund to the Wildfire Emergency Response Fund. This was done to fund firefighting operations and additional wildfire aviation resources.

“COVID-19 has strained our first responders as they have mobilized to save lives,” the order reads. “As identified in the State’s 2020 Wildfire Preparedness Plan, local fire departments have reduced availability to provide response and assistance outside of their home jurisdiction, and firefighting resources from other states and federal agencies have limited capacity. COVID-19 creates challenges to maintaining the health of firefighters in fire camps and command posts, and poses a high risk of exposure among fire management personnel.”

Before Polis signed the order, the balance in the Wildfire Emergency Response Fund was $152,253. Based on the projected operational needs, the DFPC estimated that the fund would need an additional $763,000 to ensure the state can successfully respond to fires amid COVID-19. Polis’s order directed that $763,000 move from the Disaster Emergency Fund to the Wildfire Emergency Response Fund. Those funds will assist fire officials with early detection and a rapid initial attack, according to the order .

Michael Morgan, director of the Colorado DFPC, said these funds will help firefighters pre-position resources in anticipation of a possible large fire event during a high-fire-danger day. That way, if a blaze does break out, the required supplies are already nearby to quickly address the fire.

Morgan said the state has secured a large airtanker for exclusive use in Colorado with that money. This means the state would control where the aircraft goes and what it does. In many cases, airtankers like this are shared by a geographical area, such as between four or five states, Morgan said, so having one solely for Colorado means no competition between states. It also means the crews that work the aircraft don't need to travel between states.

Evolving plan for evacuees and shelters

“What you’re getting from the Red Cross now is still everything we’ve done prior to the pandemic,” she said. “We’ve just had to look at everything a little differently and make sure our volunteers and staff remain safe while still delivering those services.”

This year, she said the Red Cross is examining two options for evacuees — a shelter with some alterations, or a hotel. It depends on the size of the fire and number of people impacted, she said.

The shelters would only accept a quarter to a half of the number of people normally allowed inside, Carlson said. Instead of rows of cots, which is the traditional setup for shelters, the beds would be placed farther apart and in clusters with others in a singular household.

In addition, Carlson said the Red Cross is looking at ways to administer health scans on evacuees to ensure they are healthy before entering a shelter. She said they are brainstorming ways to shelter people who exhibit underlying health problems.

Jones said the DFPC has two priorities when it comes to evacuees — their safety from the wildfire and reducing the potential spread of COVID-19.

DFPC is working with Colorado’s Division of Insurance and other agencies to plan what an evacuation would look like. He said hotels are one option they’re discussing, but there are concerns about available rooms if both evacuees and firefighters are in need of shelter.

Morgan said traditionally, evacuees would stay with friends or families but with social distancing guidelines in place, that’s not an option this year.

As of Thursday, Colorado hasn’t seen any large fires that have threatened communities. One of the most notable ones of 2020 so far is the Cherry Canyon Fire in Kim , which, as of Tuesday evening was 80% contained and had reached 11,818 acres. The brush fire, which was caused by lightning, had sparked March 20 about 10 miles northwest of Kim.

Jones said they were able to test some of DFPC’s plans and revised practices while responding to that fire.

He said the DFPC examined what was at risk and what sort of resources were needed to manage the blaze. All crews were required to come to the wildfire completely self-sufficient — they brought enough of their own food, water and medical supplies to last three to four days. The area allowed crews to camp and sleep while practicing social distancing guidelines as well, Jones said.

Personnel who were involved but not required at the fire — such as personnel who handled public information, finances and planning — worked remotely.

“That was actually a success where we really looked hard at the number of resources needed to manage that fire and within that, made sure (the crews) were self-sufficient, slept apart, ate apart — things like that,” Jones said. “It worked out really well.”

How you can help firefighters

In 2020, firefighters will face not only the threat of fires, but the threat of the novel coronavirus. So, it’s that much more important for the public to do their due diligence when they can.

Coloradans can help reduce the risk of human-caused wildfires by adhering to fire restrictions where they live or where they plan to travel and, if permitted, by burning campfires responsibly.

All it takes is one stray, fiery spark. Add some dry brush and wind, and the result can be catastrophic.

“Check with your local fire department, county sheriff or federal land management agencies ahead of time,” Jones suggested. “It’s just critical that everybody does their part this year to step up the prevention measures overall.”

If campfires are permitted, the DFPC recommends using the “drown, stir and feel” method once you’re done with it, meaning douse the fire in water, stir it around with a shovel to spread the dampness, and feel the area with the back of your hand to ensure nothing is still smoldering.

This proper way of extinguishing a campfire reduces not only the general threats of wildfires, but it eliminates the need for firefighters to respond, and possibly put themselves in harm’s way.

According to an article in The Denver Post , humans can also cause wildfires by target shooting, tossing a cigarette butt out a window, heat from vehicles or lawnmowers, and building open backyard fires.

Firefighters will confront many unknowns this year. And while it’s sure to make an already-strenuous job tougher, the extent of the additional hardship remains unknown.

“We don’t know yet,” Jones said. “Wildland fire is challenging to begin with, with all the factors there. These are adding additional challenges on top of it, there’s no doubt about it. It does cause us concern, but we’re trying to be as proactive as we can from both a planning and response standpoint with all our partners.”