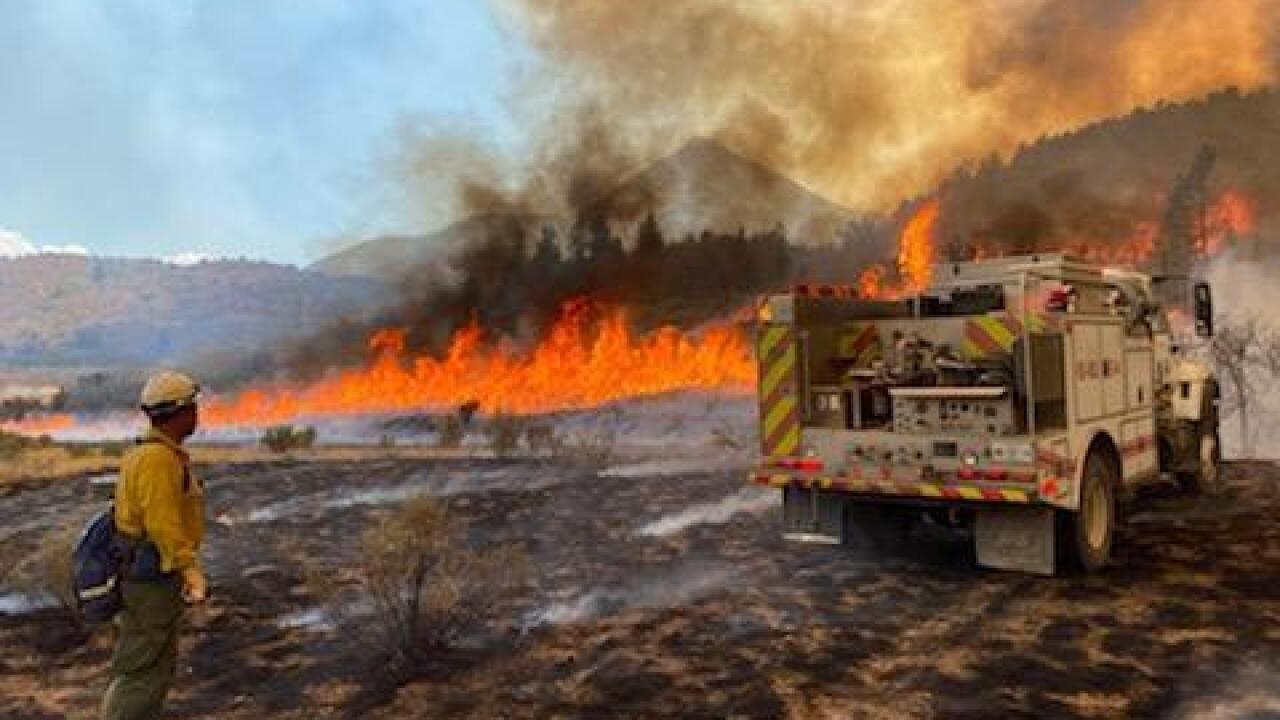 UPDATE | Thursday, 9:15 a.m. — The Pine Gulch Fire grew to 67,323 acres by Thursday morning, making it the sixth-largest wildfire in Colorado history. It has surpassed the acreage of the 416 Fire from 2018. The fire remains 7% contained.

Fire officials say the Pine Gulch Fire burning on Colorado's Western Slope has been active the past few days thanks to relentless heat and wind, and that pattern will continue through Wednesday. It's now the seventh-largest fire in recorded Colorado history.

The Rocky Mountain Incident Management Team said Wednesday morning that the fire was 51,455 acres and 7% contained.

A Red Flag Warning is in effect for the area Wednesday, as temperatures soar to 90 degrees with winds estimated at 13 to 17 mph and gusts up to 27 mph. These conditions make way for possible "extreme, wind-driven fire behavior and high rates of spread," the fire management team reported.

The fire was sparked by a lightning strike on July 31 about 18 miles north of Grand Junction.

It continued burning northeast on Tuesday, jumping County Road 200 and moving over Cow Ridge, but also began moving northwest, the team reported. The fire burned the western end of County Road 200, which is inaccessible to firefighters on the ground, so crews in helicopters dropped water on that section throughout the day.

At 51,455 acres, the Pine Gulch Fire is now the seventh-largest fire in Colorado history.

There have been several evacuations for the Pine Gulch Fire, though no new orders have been announced since Sunday evening.

Residents on Kimball Creek Road/County Road 202 were evacuated on Saturday. Authorities have closed that road.

Residents in the affected counties can sign up to receive alerts and new information on the fire here for Garfield County and here for Mesa County.