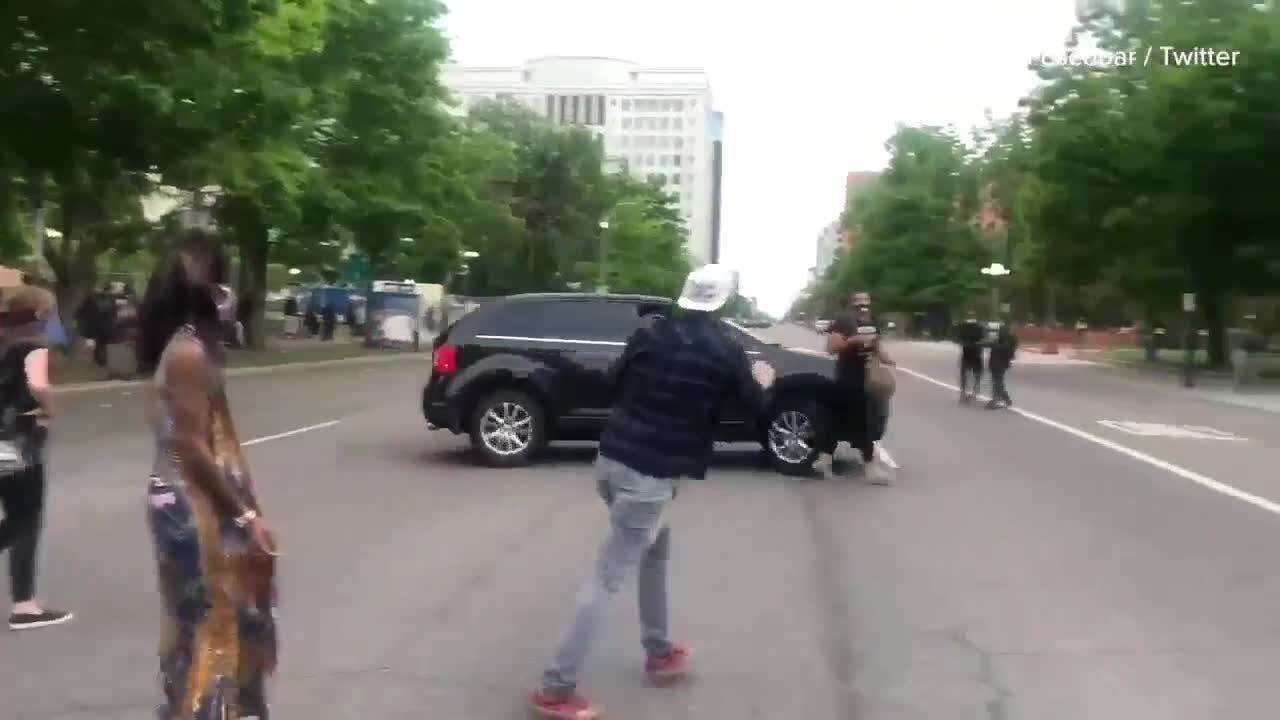 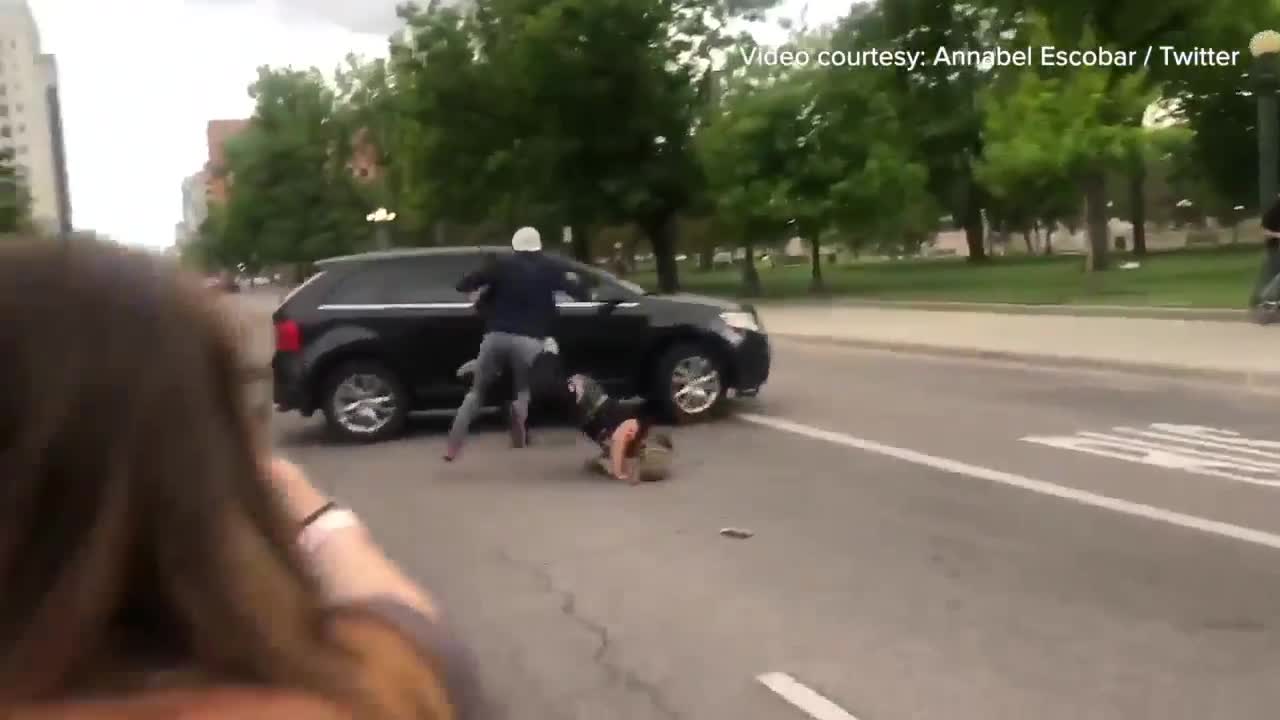 JUNE 1 UPDATE: Denver police say no arrests have been made in this case.

DENVER — Police in Denver said they believe they have “pretty solid evidence” in connection to the driver who appeared to strike a person at the George Floyd protest in Denver on Thursday.

During a press conference Friday, Denver Police Chief Paul Pazen said the department has started its investigation into that incident and is focusing on identifying the driver.

A bystander captured the incident on camera — it shows a dark-colored vehicle driving through a crowd of protesters before swerving to the right toward a person, who then falls down. The driver left the scene.

Pazen said the department is looking to contact the person who appeared to have been struck by the vehicle to ensure they received medical attention and to see if they have information that could help police identify the driver.

If a person engages in criminal behavior, at any point, the department will work to hold them accountable, Pazen said.

“We will not stand by and let this type of activity take place,” he said.